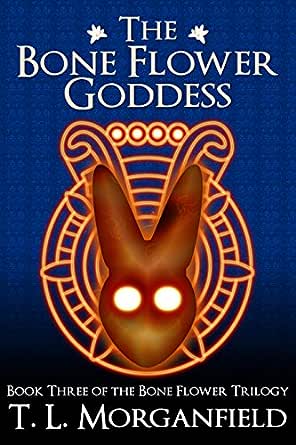 You've subscribed to The Bone Flower Trilogy! We will preorder your items within 24 hours of when they become available. When new books are released, we'll charge your default payment method for the lowest price available during the pre-order period.
Update your device or payment method, cancel individual pre-orders or your subscription at
Your Memberships & Subscriptions
There was an error. We were unable to process your subscription due to an error. Please refresh and try again. 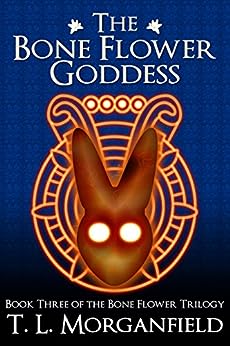 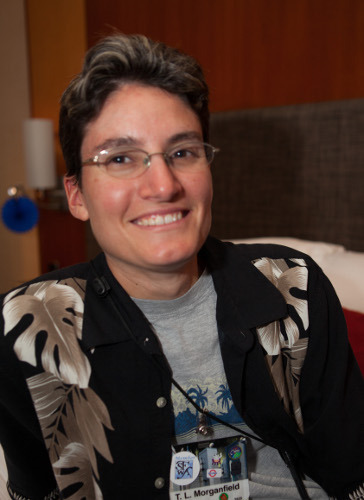 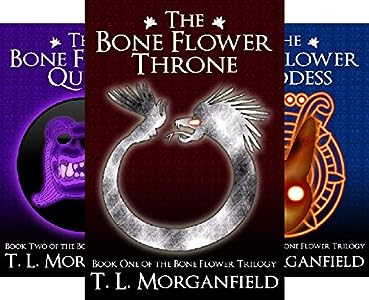 Lauralee
3.0 out of 5 stars Not As Good As the First Two, But A Solid Conclusion to the Series.
Reviewed in the United States on April 1, 2017
Verified Purchase
Quetzalpetlatl, the former Queen of Tollan, is now in exile. She tries to rebuild her life and is trying to come to terms with her identity. Her first step is to rescue her son from the underworld and bargain with the Lord of the Dead in exchange for Quetzalcoatl. When she gets out of the underworld, she meets up with Mextli, a god, who shows her what it is like to be a goddess. When Quetzalpetlatl comes back to Tollan, she finds it in disarray, and her brother Topiltzin is dying. Can Quetzalpetlatl save Tollan and Topiltzin before it is too late?

After learning the identity of who Quetzalpetlatl really is, I found that I did not like her character very much in this novel. She seems like a totally different person from the previous novels. She is very selfish in the beginning, and does not care how her abilities affect others. Later on, she does realize the consequences she has made on others and tries to fix it with no avail. Eventually, she becomes the character that I recognize in the series. However, I also found her to be a weaker character than she was in other novels. Throughout the novel, Quetzalpetlatl tries to come to terms with herself, and she begins to lose faith with Quetzalcoatl, whom she has been faithful to. Still, I did not like Quetzalpetlatl’s actions, and thought some of them may have done more harm than good.

Overall, this book is about faith, love, and friendship. There was very little character development in the novel. Most of the supporting characters that we have come to know over the course of the series make very little appearances. I did find the Native American mythology to be very interesting, and the author makes the world come alive. The Bone Flower Goddess raises more questions than answers. While I prefer the previous novels, The Bone Flower Goddess was a solid conclusion to the series. I recommend this series to fans of The Star-Touched Queen, Lily of the Nile, and Child of the Prophecy.

Angie, When will those clouds all disappear?
4.0 out of 5 stars Great ending
Reviewed in the United States on March 9, 2016
Verified Purchase
I think I would rate this book four and a half stars, and I will get into the reasons for that.

I finished reading it in about a day, which is extremely fast for me, since I have two kids and a very busy schedule. I got so drawn into the story almost right away that I kept losing track of time and I wound up staying up very late last night, telling myself I would read just one more chapter, again and again.

One of my favorite things about this book was Mextli. He is one of the most interesting, complicated characters I've read about anywhere, and I just wanted more of him. That would be the main reason the book didn't have a full five stars. I wanted to see more of him. The story with him didn't feel complete to me by the end. I very much hope the author will write more about Mextli in some of her other work!

A lot of this story was very sad, a lot of terrible things happening. This probably is not surprising to anybody who has been reading this series up to this point. I was tearing up near the end. That said, the ending, aside from Mextli, felt perfect. There were revelations that I really didn't see coming at all. There was one that I admit I suspected in the previous book, but I had incorrectly decided I was wrong. The conclusion of this book still had an air of sadness, but it felt complete.

I'm always a sucker for a good love story. That's what this is, in the end.
Read more
3 people found this helpful
Helpful
Report abuse

Nikki D. Caravella
5.0 out of 5 stars Wonderful ending to a fascinating story
Reviewed in the United States on March 22, 2016
Verified Purchase
I loved this series! Such a fanciful tale of the mesoamerican gods. While I enjoyed all the characters, I believe Mextli was my favorite and I wished Quetzalpetlatl/Mayahuel could have remained with him. The part where she tries to explain how he makes her feel... "dizzy, hot, a bit fluttery in my stomach -" and his answer: "I'm sorry." I think I laughed out loud so hard, people turned. And don't get me started on how I cried when... Well, Malinalli made her sacrifice. I'll miss this story.
Read more
One person found this helpful
Helpful
Report abuse

Also Quetzal and Maya's son is adorable and B.O is still as annoying as ever,

I also think there was an opportunity to have Mextli say "Yeah its bigger on the inside," in one part of the novel. In other words should've been a Doctor Who ref there, but thats just the Whovian in me talking lol. Apparently Aztec Gods have Time Lord tech....at least some lol :P

Also Maya is awesome! Just completely awesome, especially at the end of the novel with the final showdown.

Disclaimer: I got this as a free copy in exchange for an honest review.
Read more
One person found this helpful
Helpful
Report abuse

Amazon Customer
5.0 out of 5 stars DO NOT UNDERESTIMATE THESE BOOKS
Reviewed in the United States on August 10, 2016
Verified Purchase
I was out of things to read so I started to download a ton of free samples, and thenever I came across the first book of this trilogy (The Bone Flower Throne). What caught my eye was that the first book was free, while the other two had to be paid for. That's a great way to advertise and hook. So I took the chance. Since the very first page, (after overcoming the incestuous marriage that is known throughout history and involved in these books) I was IN LOVE. I am still completely caught off guard by how much I have enjoyed these seemingly "low quality, unheard of" books. The trilogy has become one of my all time favorites and will forever be a part of my favorites collection. Full of twists and turns! With rich history of the ancient Mexica civilizations and mythology. Love!!!!
Read more
Helpful
Report abuse

J. Coutts
5.0 out of 5 stars Phenomenal conclusion to a great series!
Reviewed in the United States on August 19, 2016
The final book of the series and it does not disappoint. Each of the three books builds upon the last, drawing you in even more. This series was amazing and I highly recommend reading this.
Read more
Helpful
Report abuse
See all reviews