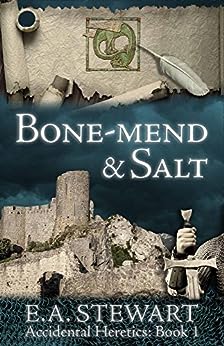 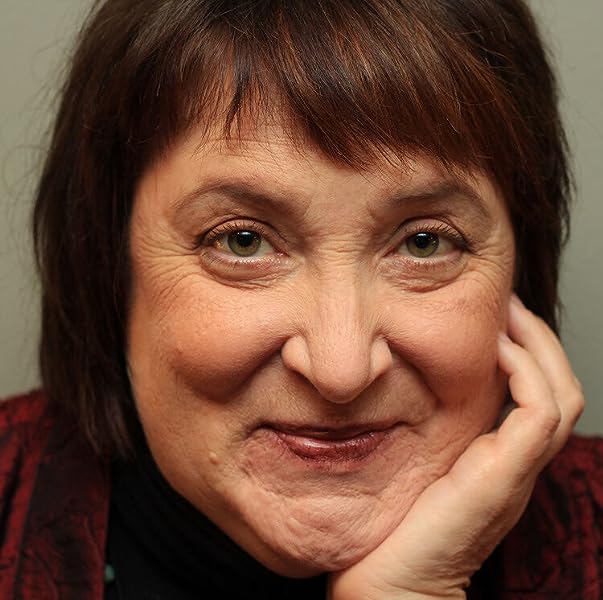 by E.A. Stewart (Author) Format: Kindle Edition
Book 1 of 4: Accidental Heretics
See all formats and editions
Sorry, there was a problem loading this page. Try again.

How to fight when enemies turn an unjust war against you?
BONE-MEND AND SALT, Book 1 in the Accidental Heretics series, launches an adventure of conspiracy and revenge amidst the crusade against the Cathar heresy in southern Europe in 1210.

A Moorish mercenary—mutilated and left to die, harangued by his father's ghost—seeks revenge, since justice is impossible. A French knight, banned as a Cain, longs for respite but must use his sword to battle his betrayers. A Catalan widow holds her own fate, until a gold-sniffing priest accuses her of heresy. A hidden enemy traps these three in a crusade that’s run amok.

Dreams of love and hope become impossible when destiny propels these three into a hazardous journey across the Languedoc, where Simon de Montfort is spreading terror to flush heretics from their lairs, shouting over the voices of the troubadours.

Bone-mend and Salt is the first book in the Accidental Heretics medieval historical fiction series, deep in the spice-and-intrigue world of southern Europe. This book includes maps and a glossary of Occitan and historical terms.

Next 4 for you in this series See full series
Total Price: $15.96
Books In This Series (4 Books)
Complete Series
Accidental Heretics
Kindle Edition
Page 1 of 1Start OverPage 1 of 1
Previous page
Next page

More than once, E.A. Stewart slept under her desk at a major software company after staying up until 4 a.m. reading a book that transported its reader to another world. It might have been Baker's Company stories or Francis Lymond at large in the world or magical swordsmen under a crescent moon. When she was writing engineering white papers (no more than two clauses per sentence, with no adverbs or adjectives), she remembered that she knew more things. About history and birds and dreams. About calligraphy and the scents of mountain air and sea air. Now she writes adventure stories for curious readers seeking a portal to another world. Annie Stewart lives and writes in Seattle, Washington. --This text refers to the paperback edition.

Annie Stewart lives and writes in Seattle, Washington, just footsteps from the Capitol Hill Autonomous Zone. She has personal experience living in times of tumultuous change..

Street Guy Professor
3.0 out of 5 stars Good Read
Reviewed in the United States 🇺🇸 on July 15, 2014
Verified Purchase
An enjoyable read, though somewhat repetitious and, at times, slightly confusing. The characters are somewhat simply developed and the plot is action oriented. The author does a good job at depicting the Middle Ages with its shifting alliances as well as depicting the roots of the Albigensian Crusade. It helps if one has some familiarity with that time in history. Overall, I was often engrossed and entertained.
Read more
5 people found this helpful
Helpful
Report abuse

Jill
5.0 out of 5 stars Wow, what a great story
Reviewed in the United States 🇺🇸 on July 25, 2013
Verified Purchase
...or should I say stories. I enjoyed the characters, their flaws and their struggles to survive in such changing times, as Annie depicted the early 13th century. Her attention to detail helps one sense the time period, gritty and rugged. Stewart has created a universal story we could relate to our lives now, with some of the same struggles to survive the expectations to conform. By using her characters, good, evil and in between, we're not always sure who they are as different parts unfold. It has drama, suspense and a love story. Can't Waite to read #2.
Read more
Helpful
Report abuse

Chaplain-GranStan
2.0 out of 5 stars Lacking
Reviewed in the United States 🇺🇸 on July 26, 2015
Verified Purchase
Two major flaws in my estimation. The over use of carnal language and sexual descriptions, and incompetent ending. Write a sequel but provide closure to the one, way too many facets left hanging.
Read more
3 people found this helpful
Helpful
Report abuse

Martin T. Fossum
4.0 out of 5 stars Medieval Love, Lost and Won
Reviewed in the United States 🇺🇸 on April 8, 2015
I was pretty much blown away by Bone-mend. There was great level of effort and affection that went into describing this period and region. In fact, this book/series IS a labor of love, and not necessarily for everyone. The peppering of colloquial French/Spanish is a rather bold move, for this has the potential of turning away the casual reader. And the work seems to resist the typical Aristotelian "stasis—disharmony—catharsis—stasis" structure (in the first book, at least, although it's possible that, as the series moves on, my opinion on this may change.) If you want a cleanly-wrapped, easy to follow story, search elsewhere!

Stewart hits a real stride mid-book. (I marked this section - chapter 60 - one of the books many short chapters.) There was a perfect cadence at this point, and Stewart is up there with the best of them. The author has no difficulty juggling multiple characters, and the ambiguities and real dangers of the politics of the crusades and The Church are expertly handled.

One thing I found discomfiting, and this coming from a semi-pro, somewhat educated, arm-chair, Germanic linguist—is that, throughout the entire book, I couldn't figure out how to pronounce the name of one of the main characters: lord of Valeros, Peire. This was frustrating. Also, I wish the main female character, Isabelle, was a bit more powerful. She's outspoken but can never seem to walk the talk. She's good on a horse, but she's always falling from parapets or bungling up some mission. Tomas, her love interest and companion (dark) hero, always seems to have to intercede to put things right. But this might be Stewart's intention. Having a somewhat needy and ineffective heroine goes against the grain in our era of feminist trumpeters. This, however, may be Stewarts means of humanizing her, and humanization, in my view, is always commendable.

This review was made in exchange for a copy of the book.
Read more
2 people found this helpful
Helpful
Report abuse

shredbetty
VINE VOICE
4.0 out of 5 stars Excellent character development
Reviewed in the United States 🇺🇸 on December 28, 2014
Excellent character development, wonderful descriptions of locations, food, clothing, customs. Author weaves multiple languages into dialogue, though not all attempts are historically appropriate, but adds to the flavour. Really enjoy the way the author accounts for the influences from Moorish Andalusia and from the outre-mere crusader encounters with Arabic foods and customs. Story ends rather abruptly, which made me immediately purchase the second volume. My worry is that the second volume will similarly end abruptly, but without the third volume yet having been published. I guess I'll just keep reading and find out.
Read more
Helpful
Report abuse

readermc
5.0 out of 5 stars Historical Fiction As It Should Be
Reviewed in the United States 🇺🇸 on March 20, 2013
Much we read in the historical fiction genre treats the environment as a background. We read of horses and knights, of huts and castles, of swords and shields. In short, trappings to add flavor, rather like parsley floating on soup. BONE-MEND AND SALT is peopled by characters who literally reek of their time and place. Stewart doesn't suspend the reader above the action and the interiors of the characters. The reader is flung headlong into scenes so vividly portrayed one has the feelings of a participant, rather than a mere spectator. The plot is intricate, yet nothing seems constructed. When you meet Stewart's characters and follow their adventures, it's essentially impossible to imagine them behaving any differently. Still and all, the plot is constantly shifting and surprising, all the while maintaining the pace necessary to the scene at hand.

In short, I'm not going into detail on this novel because it's too easy to throw out spoilers while discussing it. What I will say is that any fan of historical fiction - historical fiction that's superbly written - must read Stewart's work. If you miss it, you lose.
Read more
6 people found this helpful
Helpful
Report abuse
See all reviews
Report an issue
Does this item contain inappropriate content?
Report
Do you believe that this item violates a copyright?
Report
Does this item contain quality or formatting issues?
Report