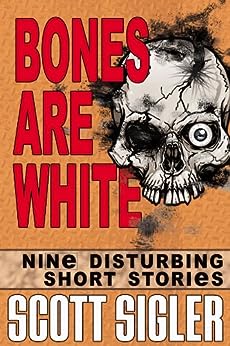 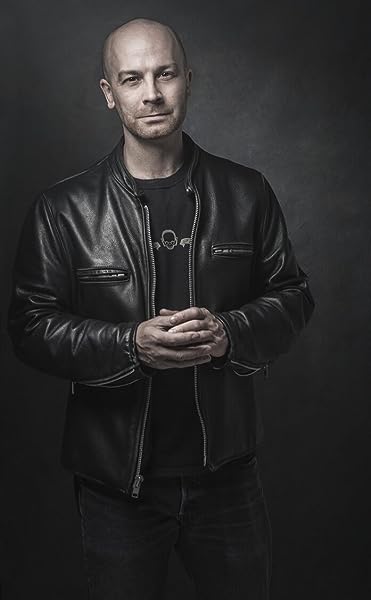 This eBook- and audiobook-only collection brings you more of Scott's thought-provoking short stories from his five years of weekly storytelling, as well as a brand-new HUNTER HUNTERSON & SONS story and a brand-new KISSYMAN tale.

Scott still gives away his audio stories — for free — every week at scottsigler.com

Stories in BONES ARE WHITE:


PRAISE FOR SCOTT SIGLER
“One heck of a thriller writer.” — Steve Berry
"The Richard Matheson of the 21st Century." — Jonathan Maberry

"Masterful at grabbing the reader by the throat and refusing to let go." — Lincoln Child

"Leads the reader from one startling detail to the next." — Publisher's Weekly

In 2005, Scott built a large online following by releasing his audiobooks as serialized podcasts. A decade later, he still gives his stories away -- for free -- every Sunday at scottsigler.com. His loyal fans, who named themselves "Junkies," have downloaded over thirty-five million individual episodes. He has been covered in Time Magazine, Entertainment Weekly, Publisher's Weekly, the New York Times, the Washington Post, the San Francisco Chronicle, the Chicago Tribune, io9, Wired, The Huffington Post, Business Week and Fangoria.

Scott is the co-founder of Empty Set Entertainment, which publishes his Galactic Football League YA series. He lives in San Diego, CA, with his wee little dog Reesie.

Justin Diehl
5.0 out of 5 stars Keeping a junkie happy with a great collection
Reviewed in the United States 🇺🇸 on June 1, 2012
Verified Purchase
Full disclosure here: I knew I was going to pick up Bones Are White regardless of what stories were in it because I am a self admitted Scott Sigler junkie. What sealed the deal though was one of the stories created this year exclusively for inclusion in this collection, and that's "Beam Up on Aisle Five," created based on an episode of the "NSFW podcast." When Scott came back on the show to read excerpts from the bizarre creation hosts Brian Brushwood and Justin Robert Young helped inspire him to write, I was sold. Hilarity and a rather awesome story follows.
"Beam Up on Aisle Five," is alone enough to pick up this collection, but it's not the only gem within. "Chuckles Mulrooney: Attorney for the Damned," is a great deal with the devil story with one of the funniest twists I've seen on the style. "Passenger," "Hero," and "Eusocial Networking," are great hard sci-fi stories, and except for "Hero," the other stories along with "Bag Man" bring in a shot of delicious horror that aid to Scott's backlog.
To finish up this great collection you get two pieces of fiction set in the side pocket Sigler-verse of Hunter Hunterson & Sons. These are a continuation of the Hunter Hunterson & Sons story originally started in Blood Is Red. The second piece in the set, "Hunter Hunterson & Sons: The $15 Burger" is a stage play originally preformed at the 2011 Sigler Fest, and an audio version of the performance can be heard over on Scott's site.
I recommend the collection to someone new to Sigler and his works. It gives a great overview of his different styles, themes, and characters he creates. I'd also recommend the collection to anyone familiar with his work just because, well, another shot of Sigler keeps a junkie happy.
Read more
One person found this helpful
Helpful
Report abuse

Susannah
5.0 out of 5 stars My New Favorite Author!
Reviewed in the United States 🇺🇸 on January 20, 2016
Verified Purchase
I sometimes have trouble "getting into" a new book after completion of another. However, not Scott Sigler's books! The characters come to life with his no-nonsense, down to earth writing style. They are genuine and likable people--but I think the best part about Sigler's stories is that they seem to "get to the good part" almost immediately. Character building can be tedious and slow the pace of what would've been an otherwise great read. Not with Sigler's books though...he hooks you right away and keeps you coming back until you've either finished that particular book, OR completed the entire collection of books he has written. I fall into the latter of the group. I can't WAIT until his next book comes out... which I believe is only a few months away. I highly recommend Scott Sigler's books if you are searching for a new author...he will not disappoint!! 😊
Read more
Helpful
Report abuse

MIamzlvr
5.0 out of 5 stars Scott Sigler awesome again.
Reviewed in the United States 🇺🇸 on December 30, 2015
Verified Purchase
I found this book on iTunes podcast and then bought the kindle version for class project in creative writing. It's an awesome horror short stories book and a great read as well as the podcast. I love Scott Sigler writings. However if you don't like gore or horror don't read this. It's not for the light stomach or the easily offended. I relate to Scott's stories as I am also from Michigan and his stories bring back memories for me from the Alpena area.
Read more
Helpful
Report abuse

Amazon Customer
4.0 out of 5 stars Another winner
Reviewed in the United States 🇺🇸 on April 27, 2012
Verified Purchase
I've never read anything by Scott Sigler that I didn't enjoy. This collection of short stories has hard science, horror, supernatural, humor galore, and more. "Chuckles Mulrooney, Attorney for the Damned" and "Hunter Hunterson & Sons: Home" alone are worth the price of admission.

As a sample of Scott Sigler's style, you can't go wrong with either "Bones Are White" or "Blood Is Red." I'd be surprised if a taste of his short fiction doesn't make you want to read his full-length works.
Read more
2 people found this helpful
Helpful
Report abuse

Frank Villasenor
5.0 out of 5 stars Great Sigler - Loved the short stories
Reviewed in the United States 🇺🇸 on September 6, 2012
Verified Purchase
Great Sigler. As with previous Sigler I've read, the reading is light and the stories are enjoyable. I highly recommend and have suggest this book to several friends.

Never read Sigler? Give him a try. Good pacing, unique stories and overall good writer. The reading is light (whereas Crichton would be a "medium" read) and the stories are interesting and unique.
Read more
One person found this helpful
Helpful
Report abuse

Jason
5.0 out of 5 stars sigleriffic
Reviewed in the United States 🇺🇸 on October 2, 2012
Verified Purchase
Once again Scott Sigler has delivered a shotgun blast of his unique blend of horror and sci-fi with a generous squeeze of humour. Sigler even goes behind the scenes telling of the inspiration and circumstances of each story. His podcast (found at [...]) has all of his stories, read by the author, for free if you find yourself wanting more.
Read more
2 people found this helpful
Helpful
Report abuse

Matt
5.0 out of 5 stars Great collection
Reviewed in the United States 🇺🇸 on April 2, 2012
Verified Purchase
Scott Sigler and Dark Overlord Media return with their second short story collection. Several great older Sigler stories and some equally great new Sigler stories. I enjoyed every one of them.

If you haven't read any of Scott Sigler's book the short stories in here give you a decent look at his writing style. I recommend giving Bones Are White a try.
Read more
2 people found this helpful
Helpful
Report abuse
See all reviews

Rockhoppers
5.0 out of 5 stars A great collection of short stories
Reviewed in the United Kingdom 🇬🇧 on December 10, 2012
Verified Purchase
Scott Sigler is back with 9 more short stories which in true Sigler style will leave you more disturbed than before.

the highlights for me are Eusocial Networking - which he wrote for JC Hutchins - I have never trusted ants in any way and this hasn't helped there cause, and the fantastic Passenger.

Added into the mix are a Kissyman tale (I have never been as much of a fan of Kissyman than other junkies but it is a good story none the less) and another Hunter Huntersons & Sons, building greatly on their début in Blood is Red.

Mrs. J. C. Howarth
5.0 out of 5 stars Great Scott!!
Reviewed in the United Kingdom 🇬🇧 on May 1, 2013
Verified Purchase
If you like Siglers writing you'll love this second collection of short stories. 9 stories of which only a couple are misses, the rest are hits. More please Mr Sigler.
Read more
Report abuse
See all reviews
Report an issue
Does this item contain inappropriate content?
Report
Do you believe that this item violates a copyright?
Report
Does this item contain quality or formatting issues?
Report