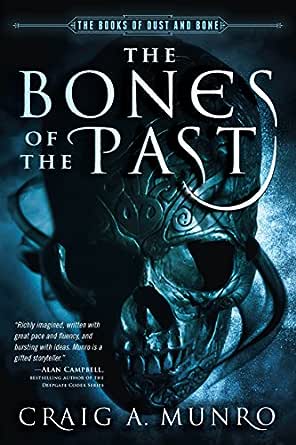 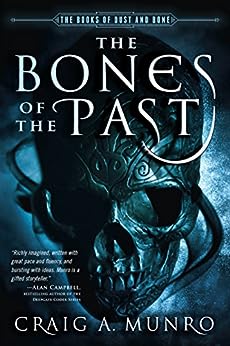 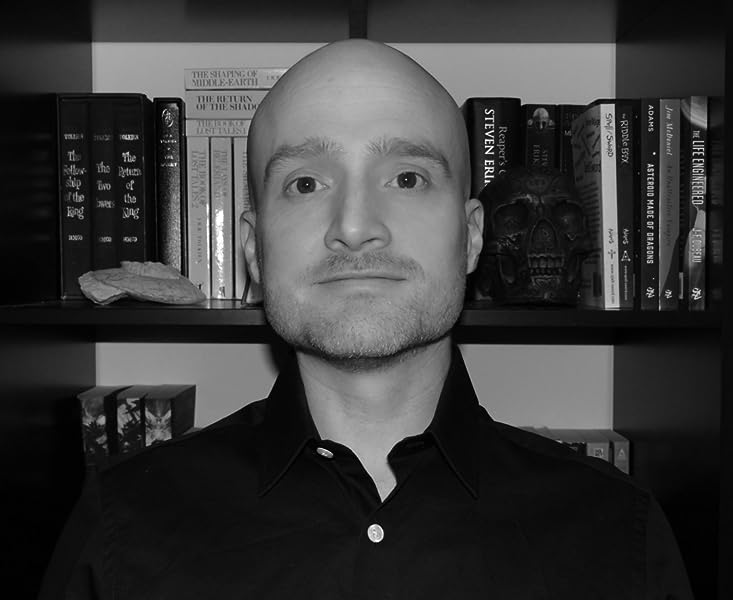 Craig A. Munro has worked in a variety of fields, including government, language instruction, tech blogging, and construction―all while completing a couple of years of med school at the University of Nice and eventually earning a BSc from the University of Ottawa (yes, in that order). He has lived in countries across Europe, North America, Asia, and the Middle East and has recently returned to Ottawa, Canada, where he pushes paper for the federal government. The Bones of the Past is his first novel. --This text refers to the paperback edition.

"Many fantasy tropes were slain and harmed in the making of this book. Munro dismembers the Hero's Journey and reanimates it in the true fashion of a mad wizard." ―Rick Heinz, author of The Seventh Age

"This book will kick blood-spattered sand in your eyes, slip its serrated blade around your back, and ravage all your usual expectations of the dark fantasy genre." ―Joseph Asphahani, author of The Animal in Man --This text refers to the paperback edition.

Devin Wayne
5.0 out of 5 stars Good fantasy, but not for everybody
Reviewed in the United States on November 6, 2017
Verified Purchase
What got me to read this book was another reviewer saying that the characters were interesting but the story was generic (I'm paraphrasing). I was willing to try it anyways, I don't regret it. But I do have a couple problems with the book.

From the start, we're introduced to the city of Sacral, which disappeared a thousand years ago due to magic, and has just recently returned. And very little has changed. It's even mentioned that traders come from across the lands and no one is much interested in their wares. Imagine what Earth was like a thousand years ago. The Americas were mostly untouched by the Europeans. Guns hadn't been invented, nor computers or electronics. Public works, philosophy, science. A lot has happened in a thousand years and this bugged me for most of the book. But I admit it's a fantasy conceit and much more famous authors have gotten away with worse.

The other thing was we do get these very interesting, well developed characters. One is fairly generic but the others are pretty neat and the way they deal with things and adapt to the obstacles and troubles the plot puts in their path is really engaging. But they hardly ever meet. Between the major characters there's about three pages of them meeting (on, I think, about five separate instances). Again, this is (has been) a popular trope in fantasy, the really big story, so what can I really say about it other than it happens and I found it a little weird, but not necessarily bad.

Those two things I found off. But I really can't say anything bad about the book. It's a good length. It tells a series of stories that are more interconnected by the world they take place in and in some cases a series of events that happened over a thousand years ago. It's well written, it has neat ideas, I'd really like to see more of it and quite looking forward to the next book (which, judging by the brief glimpse at the end of this one, will introduce new characters). If you're unused to fantasy, and don't like the things I've mentioned or are particularly critical, I'd suggest avoiding it. But in the end it's a good book.

Kuniko Abe
5.0 out of 5 stars Unlike (Better than!) any Dark Fantasy you've read before
Reviewed in the United States on July 12, 2017
Bones of the Past is absolutely unlike any of the other fantasy novels I've read. Heed my warning now: Do not approach this book expecting a slow-building narrative throughline. This story doesn't have the same layer-within-layer plots of The Song of Ice and Fire. It doesn't have the character journey of Lord of the Rings.

Bones of the Past hits the ground running and never lets up. Armies are on the march, mad wizards plot for domination of lords and the overthrow of gods, and demons claw at their cages to wreak destruction on the world of mortals. Bones of the Past is to fantasy novels what a massive Role-playing-game like Dragon Age is to video games. Don't be surprised to find that the 'magic system' in Bones isn't really well explained - because magic is just part of the world. Don't be surprised to see that many characters in Bones' cast are blessed with crazy powers and world-rending artifacts and weapons. This book is on steroids!

And I think that's the point - this is HIGH-powered fantasy. This is that epic-level Dungeons & Dragons campaign you and your buds always swore you'd run someday - we're talking the upper 20s and 30s here, where the Gods themselves are hunted and overthrown.

There are several character threads to follow in Bones - the sailor turned guardsman Salt, the half-demon half-human Zuly/Nial (respectively), the champion turned war-hero turned burnout Jenus, the fleshcarving wizard Carver, Maura- the widow who stands up for her people and ultimately becomes queen, and so many more. Craig A. Munro does an excellent job of keeping all of their trials and tribulations straight, and pacing out the chapters dedicated to each.

The story ends on the mother of all cliffhangers (which, for those in the know, is very apt description in this case), and the sample chapter of Munro's sequel "The Tides of Madness" was arguably the best part of this book. I cannot wait to see where these characters end up. Very well done!
Read more
One person found this helpful
Helpful
Report abuse

J. Castle
4.0 out of 5 stars Rich World and Powerful Characters
Reviewed in the United States on October 30, 2018
I'll be honest, when I first crack open a 500-page book, I half expect I will need to talk myself into continuing a few times and that the story may be slow-to-build. This was not the case with Bones of the Past. The story bolts off like a greyhound out of the gate, and Munro creates such vivid characters and an enticing world that this epic fantasy garnered page-turner status for me.

The book follows multiple storylines that cross and weave over each other as the story progresses. Without giving too much away, my favorite character was Nial, a young girl whose soul is bound with that of a demon - Zuli. The richly-developed characters balanced perfectly with the epic battles and I found myself excited to catch up with each character as they came round again.

If you are an epic-fantasy devotee, then this is absolutely the book for you.
Read more
One person found this helpful
Helpful
Report abuse

The_Red_Knight
4.0 out of 5 stars Worth it for the creative characters alone
Reviewed in the United States on July 10, 2017
I enjoyed this book, but I was blown away by the characters. The uniqueness, creativity and depths of the characters are really the highlight of this book. Any one of them could have been the focus of a whole book themselves. The fact that they’re all in this one novel, is actually the weak point of the narrative. The world is rich, full, and well thought out. The characters are outstanding and well developed. The writing style is really good, especially considering it’s a debut novel. However, the plot, while exciting, doesn’t have a really strong through line. It is an epic tale with lots of moving pieces and I’m sure that once the series as a whole is complete it will be an extraordinary saga. As a standalone first chapter of a series though, the ending of this book was unsatisfying with too many threads left hanging and unresolved. Also there was a plot point with the King that seemed to come out of nowhere. With no foreshadowing it didn’t feel earned and seemed unnecessary at the end of the book.
I do truly look forward to the next chapter to see where it all goes and to spend time with these characters again. Despite my few qualms, I would certainly recommend this to anyone who enjoys fantasy.
Read more
One person found this helpful
Helpful
Report abuse
See all reviews