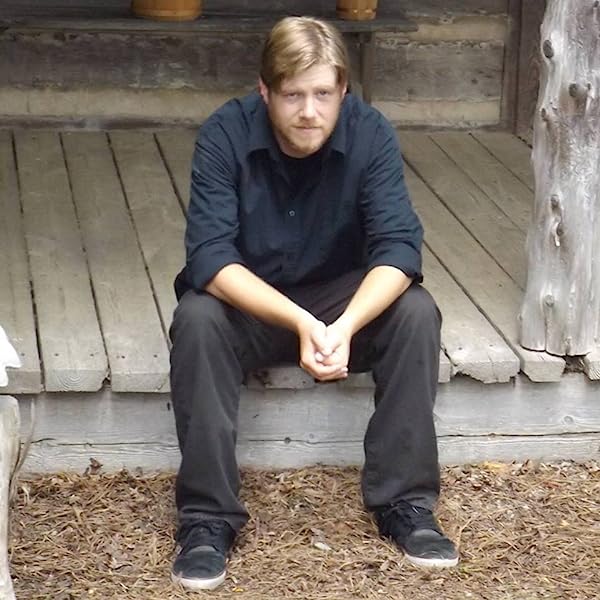 by Paul Michael Anderson (Author)
5.0 out of 5 stars 8 ratings
See all formats and editions
Sorry, there was a problem loading this page. Try again.

"Imagine having new short stories from Stephen King or Harlan Ellison to look forward to.  Bones Are Made to be Broken would be the next best thing." - Dead End Follies

"
A solid entry by a young, extremely talented storyteller that I hope to be reading more of in the future." - Litreactor

"Every tale has one thing in common: Anderson's ability to craft a compelling, thought-provoking, dark and beautifully heart-breaking story displaying the darkest depths of the human soul." - This Is Horror

"Gutting and deep-reaching, this collection dangles the dark side and deliverswith such potency, it's difficult to imagine something better or moreimpactful." - Unnerving Magazine
Tell the Publisher!
I'd like to read this book on Kindle

Steve Wynne
5.0 out of 5 stars Man. Just. . . Man.
Reviewed in the United States on November 7, 2017
Verified Purchase
I met Paul earlier this year at a convention. Didn't know he was an author until the night was nearly over, and I asked if he had any books out.

This collection is raw, unflinching, and has more heart than Temple of Doom (literally, like, actual physical heart. It's a play on words, kinda. Sort of. Leave me alone.)

I loved this, through and through. The jumps between sci fi, horror, and transgressive are seamless, and each story punches like Butterbean. I can't praise this highly enough. Survivor's Debt hit me like nothing has for quite some time. Can't wait to read more.
Read more
2 people found this helpful
Helpful
Report abuse

Amazon Customer
5.0 out of 5 stars Legitimately Impressive
Reviewed in the United States on November 11, 2017
Verified Purchase
This may sound strange, but stay with me: Paul Michael Anderson's (magnificent) stories are distinctly familiar. Not boring, not unoriginal, but FAMILIAR. He somehow taps in to something within us as human beings. Each of the stories in this anthology explores a fear that is buried deeply (sometimes shallowly) in our collective psyche. I felt like he was prodding at something I would have preferred to have not been reminded of.
Another thought: if Stephen King's work is decidedly New England, Paul's is distinctly Western Pennsylvanian. It's not a setting, but somehow a product of growing up in the land of Romero, where Halloween and horror is a season, not a day. Its characters are tired, world-weary, and just about done with your crap.
I can't recommend it enough, and hope that this first complication of stories is only the beginning.
Read more
One person found this helpful
Helpful
Report abuse

Adrian Shotbolt
5.0 out of 5 stars Breathtaking.
Reviewed in the United States on December 21, 2016
Every once in a while a book comes along that knocks you for six. In 2015, John F.D. Taff blew me away with his collection of short stories ‘The End in all Beginnings’ and in 2016, Paul Michael Anderson has done likewise with ‘Bone are made to be Broken’.

‘Bones are made to be Broken’ is the first collection of short stories from Paul Michael Anderson, released by Dark Regions Press. Paul’s work first came to my attention in 2015 with ‘ To Touch the Dead’ – a short story that was a standout in Grey Matter Press’ ‘Deaths Realm’ anthology. I went as far to say at the time that it was probably my favourite short story that year. In an anthology filled with great writers and great stories, ‘ To Touch the Dead’ was quite superb and really stood out. This fine tale is included here and I was more than happy to revisit it. There are a couple of other stories included in this hefty tome that I’ve also come across before but in testament to Paul’s quality writing I was just as keen to read them once again.

Anderson’s stories are carefully constructed think pieces with very human characters in sometimes unusual situations. It is often his characters that elevate the stories from being very good to great. He is not afraid to visit staple horror genre favourites in Vampires and other worldly Lovecraftian-style menace but still manages to keep them fresh and vibrant, something other storytellers fail to do.

‘Bones…’ is a huge book, but there is more than enough originality and emotion contained with the stories to keep the reader from becoming bored. Relationships play a big part in Anderson’s stories and none more so than personal favourite ‘Love Song for the Rejected’, a tale about Evie, and her unusual heart condition. I loved this story. It’s incredibly deep and thoughtful, much like many of the other tales on offer here, though I think it really resonated with me because I have a young daughter with the same name and I felt incredibly moved by this story. The book is filled with gems though the centrepiece is undoubtedly the novella and title story ‘Bones are made to be broken’, which sees Anderson stretch himself into novella territory and performing exceptionally well. The title story pulls together everything good that has come from the shorter stories before it in a tale that pushes all of the right buttons emotionally. To finish off the collection with ‘All that you can’t Leave Behind’ is quite clever. Not simply because of the title, but because it is probably one of Anderson’s more recent story releases that appeared in the excellent ‘Lost Signals’ anthology from Perpetual Motion Machine Publishing and it just seems like a great story to end on.

‘Bones are made to be Broken’ feels like a jigsaw puzzle, where every piece serves a purpose, the end result being an image of exquisite beauty. It isn’t often you come across a collection of short stories as dynamic and entertaining as these. Stories with depth, heart and soul, Anderson is a passionate writer that leaves nothing to chance in one of the most impressive short story collections of recent time.
Read more
3 people found this helpful
Helpful
Report abuse

Shane .D Keene
5.0 out of 5 stars One of the best writers to come along in a decade or more
Reviewed in the United States on April 2, 2017
This is an excerpt of my full review which can be found on HorrorTalk

Every now and then in our chosen genre, a storyteller comes along who’s so incredibly good you know immediately that you’ve discovered something special. For me, those authors include such giants as Laird Barron, the great Jack Ketchum, Poppy Z. Brite, and the incomparable Stephen Graham Jones. And in the last few years we’ve had the great fortune to be able to add some new names to that list; rising stars such as Michael Wehunt, Stephanie M. Wytovich, and J. Daniel Stone come immediately to mind, as do Daniel Braum and T.E. Grau. And now, just when I thought 2016 couldn’t get any better or more exciting than it’s already been, along comes Paul Michael Anderson, one of the most extraordinary, freaky talented writers I’ve encountered in the last decade.

My first experience with Paul Michael Anderson’s work was in the Grey Matter Press anthology, Savage Beasts. His story, “Crawling Back to You,” which also begins this new collection from Dark Regions Press, is a prime example of what Anderson does with all his writing. He has a tendency to take on a subject or theme and make it into something entirely new and, even in that story, which takes on a familiar trope, he manages to create a fresh, satisfying tale unlike anything you’ve read before. From there, the work gets less traditional and you really begin to see what makes this author stand out from the crowd of young authors working today.
Read more
2 people found this helpful
Helpful
Report abuse
See all reviews

Matt Moore
5.0 out of 5 stars Brutal, honest, affecting stories
Reviewed in Canada on May 2, 2018
Verified Purchase
These stories are raw, brutal and pack a punch. Not because of gore or violence (though you will find both here), but these stories own up to the good writing advice that stories should be about the worst day in a character's life. Paul crafts elegant, genuine characters facing horrific situations, from one of the darkest portrayals of vampires I've read to an abusive ex-husband looking to re-negotiate a custody agreement. Make sure your head is on straight before reading this one. Not for the faint of heart.
Read more
Report abuse
See all reviews
Back to top
Get to Know Us
Make Money with Us
Amazon Payment Products
Let Us Help You
EnglishChoose a language for shopping. United StatesChoose a country/region for shopping.
© 1996-2021, Amazon.com, Inc. or its affiliates