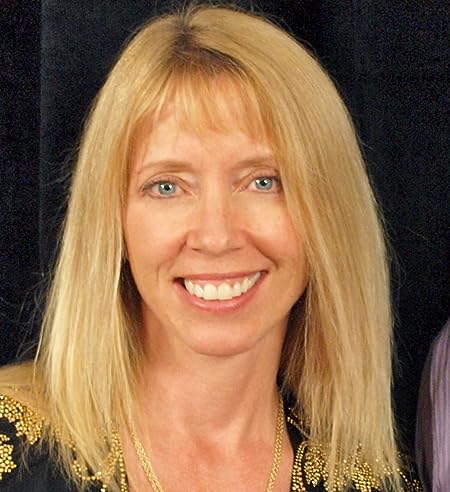 Bonnie Ramthun’s first book, Ground Zero, published by G.P. Putnam, has sold over 90,000 copies and has been translated into Japanese and Italian. (In Italy Ground Zero sells as “The Enigma of the Eighth Player,” a name the author adores.) Her second Eileen Reed mystery, Earthquake Games, was a finalist for Colorado Book of the Year and hailed by the Washington Post for its “unrelenting suspense.”

Bonnie followed her Eileen Reed series with the middle grade Torin Sinclair mysteries beginning with The White Gates, published by Random House. The White Gates was a Junior Library Guild premiere selection and a finalist for the Missouri Truman award. Roscoe, the sequel, has been praised as a “page turner and heart warmer all in one.” Haunted Waters, the third in the series, is a story with "a straightforward clarity and vitality that the teenage mind of all ages will relish."

Bonnie is a former chapter president of Mystery Writers of America and served as the published author liaison for the Rocky Mountain Fiction Writers. She lives in Erie, Colorado with her husband Bill, their children, two cats and a very energetic German Shorthair Pointer named Watson. Contact her at bonnie.ramthun@gmail.com 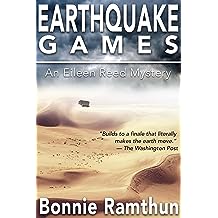 After a freak Colorado earthquake, two people are found murdered. Detective Eileen Reed and her partner are called to investigate. But as Eileen races to uncover the pieces of the puzzle, she is confronted with a frightening connection between the murders and the tremors — and the possibility that this earthquake was not an act of God. And as more quakes continue to shock Colorado’s San Luis Valley, a sinister plot of government conspiracy and man-made mayhem begins to unravel… 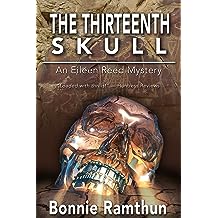 The Thirteenth Skull (The Eileen Reed Mysteries Book 3) Jul 19, 2011
by Bonnie Ramthun
( 14 )
$2.99
Discovering an ancient skeleton can be murder, as homicide detective Eileen Reed discovers when her parents ask for her help in a missing person's case. The missing man, an archeologist, has been excavating a Lakota buffalo jump at the Reed Ranch near Devil's Tower, Wyoming. The discovery of his murdered corpse and the treasure he took from the ancient skeleton are complicated further when a hired assassin targets Eileen's fiancé, Joe Tanner, a top-secret defense programmer. The big-city killers come to do murder in a small Wyoming town, and Eileen Reed finds herself in a fight for her life and the lives of her family, trying to solve a very personal murder and keep two very impersonal murderers from their intended slaughter. Her investigations include the mystery surrounding the flawless crystal skull unearthed from the arms of the Aztec warrior who died trying to deliver it to the Lakota tribe. The crystal skull exhibits mysterious properties that seem to defy explanation. Eileen must unlock the secrets of the skull in order to save her family from the killers and fulfill the Aztec's ancient mission.
Read more
Other Formats: Hardcover , Paperback 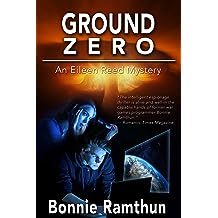 Ground Zero (The Eileen Reed Mysteries Book 1) Jun 8, 1999
by Bonnie Ramthun
( 21 )
$0.99
The murder: At a high-security military complex in Colorado, a computer War Game ends with the brutal death of a programmer.

The suspects: The seven other Gamers, all of whom have their own motives.

The mystery: The victim was murdered in a sealed room that was impossible to enter or leave.

Now, a homicide cop and a CIA analyst follow a trail of clues through a maze of international intrigue and treachery, and learn that one murder was only the beginning...

“Like getting to wear a top security badge and being admitted into fascinating places you’d never otherwise get to go.” -- Nancy Pickard, author of The Blue Corn Murders.
Read more
Other Formats: Audible Audiobook , Hardcover , Paperback , Mass Market Paperback 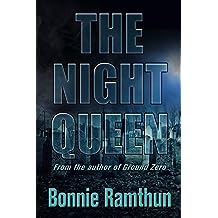 The Night Queen (A Templeton-Stone Thriller) Feb 27, 2013
by Bonnie Ramthun
( 4 )
$2.99
Computer hacker Sorcha Stone agrees to break an ancient, cryptic code only to discover that anyone who tries to solve it dies within three days of receiving it. She’s the next victim unless she can unravel the code, find the ultimate treasure, and defeat the shadowy, supernatural forces who protect it.
Read more
Other Formats: Hardcover , Paperback 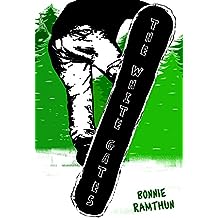 The White Gates Nov 25, 2008
by Bonnie Ramthun
( 12 )
$4.99
WHEN TORIN SINCLAIR’S mom gets a job as the town doctor in Snow Park, Colorado, Tor can’t wait to learn to snowboard. But on Tor’s first night there, a member of the high school snowboarding team dies. “It’s the curse,” everyone whispers. Tor’s new friends Drake and Raine explain that there’s an old Native American curse on the doctors of the town. Snow Park can never get a doctor to stay. Tor and his friends must piece together a mystery involving an old mine, a Ute curse, the entire snowboarding team—who just might be blood doping in order to win competitions— and an attempt to save the wild river otters of Colorado. But to complete the puzzle, will Tor have to ride the deadly White Gates? And how will he survive the avalanche that follows?
Read more
Other Formats: Library Binding , Paperback 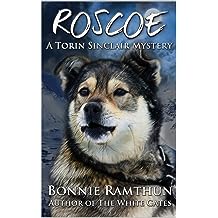 Torin, Drake, and Raine know about the hidden mining tunnels underneath the town and they keep the secrets of the creatures that live in the high forests on Borsh Mountain. But nothing prepares them for the adventure that awaits when Tor adopts Roscoe, a giant young dog. Why does a sinister man appear to claim the abandoned, abused mutt? When Tor and his friends venture into the haunted Phantom Canyon where Roscoe was found, they stumble upon an amazing secret…and a deadly trap. With only a few hours to save his mom and his friends, Tor—with Roscoe’s help—must unravel the ancient secret of Phantom Canyon.
Read more
Other Formats: Paperback 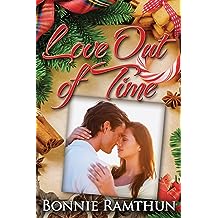 Love Out of Time Nov 12, 2013
by Bonnie Ramthun
( 6 )
$0.99
Catherine Garwood’s disastrous first semester of college leaves her heartbroken. Her mother decides they’ll spend Christmas at the Colorado country home of her new friend Zoe Barron. When a photograph slips from an old attic box of Christmas ornaments at Zoe’s house Catherine finds her soul mate in the picture. The only problem: He’s a soldier from the Civil War, and unless Catherine can build a time machine she’ll never get to meet him...
Read more 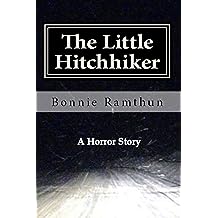 The Little Hitchhiker Nov 11, 2013
by Bonnie Ramthun
( 6 )
$0.99
A deserted Wyoming highway, a blizzard, and a truck crash leads into a world of horror. Beware the little hitchhiker. It's always looking for a new ride.
Read more 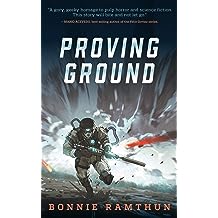 Proving Ground (A Templeton-Stone Novella Book 1) Feb 4, 2013
by Bonnie Ramthun
( 5 )
$0.99
When out-of-work ex-soldier Kyle Templeton agrees to a job interview set up by a friend, he's hungry enough to consider a job as a Texas mall cop. The mall turns out to be an abandoned facility converted into cloud computer storage and the manager, beautiful Jackie MacAllistair, has no sooner greeted them when the facility is attacked by deadly creatures of unknown origin. Kyle and his fellow ex-soldier Tater Underwood must use every skill they have to fight for their lives and the lives of the innocents caught in an arena of death, an arena that turns out to be their real job interview. If they survive, they're going to be offered a position that turns out to be more tempting, and more evil, than they can imagine.
Read more
Other Formats: Paperback