You've subscribed to The Health and Happiness Society! We will preorder your items within 24 hours of when they become available. When new books are released, we'll charge your default payment method for the lowest price available during the pre-order period.
Update your device or payment method, cancel individual pre-orders or your subscription at
Your Memberships & Subscriptions
There was an error. We were unable to process your subscription due to an error. Please refresh and try again. 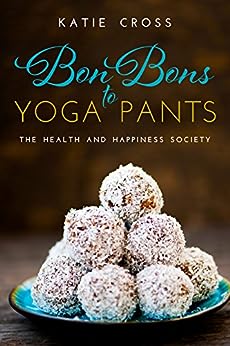 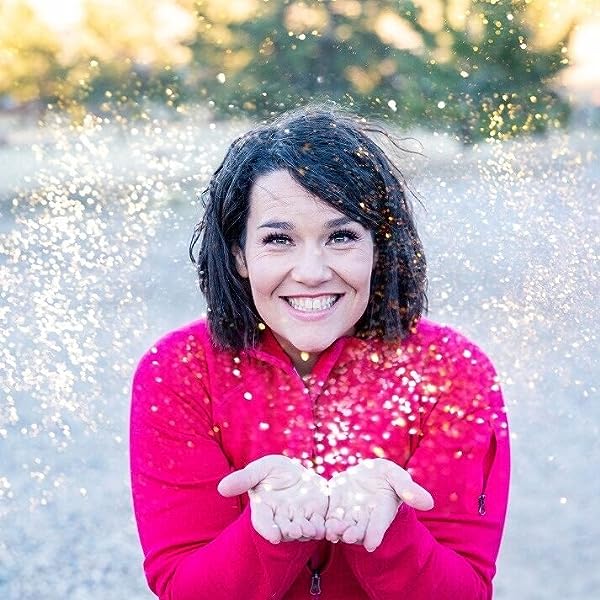 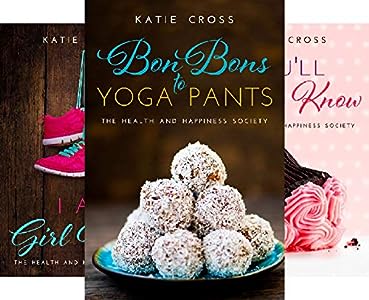 Katie Cross is a big fan of cookies and sweet potatoes. If she’s not writing, you can find her weight lifting, trail running with her husband and two vizslas, or drooling over food blogs. --This text refers to the paperback edition.

★★★★★
"In a pop culture filled with dystopias, vitriol and negative messages, this book is a breath of fresh air." GS Jensen

★★★★★
"An uplifting, REAL look at the struggles we have with self-image, our bodies, the messages in our brain that keep us unhealthy." - Bonnie St. Pierre

★★★★★
"Yes she is flawed, just like all of us and has the same issues a lot of us face, yet she finds the strength and courage to improve herself. So inspiring." Michelle Westmoreland

★★★★★
"Seriously, every person that has ever struggled with their weight and hated themselves for needs to read this book NOW!" - MacQueen
--This text refers to the paperback edition.

4.4 out of 5 stars
4.4 out of 5
546 global ratings
How are ratings calculated?
To calculate the overall star rating and percentage breakdown by star, we don’t use a simple average. Instead, our system considers things like how recent a review is and if the reviewer bought the item on Amazon. It also analyzes reviews to verify trustworthiness.
Top reviews

Chick Lit Central
5.0 out of 5 stars Incredibly inspirational
Reviewed in the United States on April 10, 2018
Verified Purchase
By Sara Steven

While for Lexie it’s all about slimming down and becoming who she feels is worthy for her crush, I felt like I could completely identify with the struggles she faces in trying to win the battle against her inner demons. It doesn’t help that she doesn’t have the most supportive people in her circle, like her immediately family. There’s a lot of pressure being placed on her to not only look a certain way, but not to follow in the footsteps of others whose lives had been cut short by their own self-destructive behaviors. One of the inner demons for Lexie, is dealing with the loss of someone she felt was very close to her. It’s as though her life parallels theirs, and she knows she needs to make some changes, or she’s going to go down the same rabbit hole.

One of the most perfect contrasting relationships in this story, would have to be the friendship between Lexie and her best friend, Rachelle. Rachelle is the complete opposite of Lexie, in terms of self-love. She completely embraces who she is as a person, plus size and all, and if someone doesn’t like it, that’s on them. She doesn’t want to change who she is for anyone, and it was nice to have that sort of personality around. It was very encouraging.

While the premise of Bon Bons is focused on a woman who feels she has a weight issue, I felt this book could be helpful to anyone who is dealing with anything that makes them feel less than. Because, there’s always something that nags on our psyches, those things we’d love to fix or change about ourselves, and what it boils down to is finding a balance between being healthy, and being who we are and loving ourselves for that.
Read more
12 people found this helpful
Helpful
Report abuse

Lexie is flawed, insecure and unhappy, but she is determined to improve her life. While it isn't always (or even often) easy, she DOES. And in doing so, she is the role model young women need today more than ever. At its heart, BBtYP says if you belief in yourself, you can change your life, and the key to happiness lies not out there in the world or from the approval of others, but rather within. And it's okay to be imperfect.

nissahh
5.0 out of 5 stars Bon Bons
Reviewed in the United States on April 9, 2016
Verified Purchase
Lexie Greene, an overweight college sophomore who works in an Irish pub needs to lose weight. Not only does she have to lose it for her sister wedding that is in six months, but she wants to lose weight for Bradley. Bradley, a guy that she met two months prior before the book begins, who Lexie is in love with; he will be her date for he sister wedding.

I love everything about this book. From the characters to the plot to the writing. Everything was magical. I relate to Lexie so much that it's scary. Everything she was thinking was how I was thinking. Especially want to lose weight because of some guy and not for myself (which didn't end well, the weight thing not the guy).

The relationships, I love them. I love how the author had Lexie try and start to repair the relationship between her mother and sister. Lexie making new friends at the gym, getting along with Betsy. The main course that is Bradley. OMG was they so cute together. If you could here the scream that emitted from my throat. I was so happy for Lexie and excited in general that I had to put the book down for a minute because I was fangirling so hard and needed to calm down before continuing.

I highly recommend this book, especially you want to some motivation if you're trying to lose weight. Well it worked for me and made me rethink the choices that I was making and it made me feel better. Because even though I know I'm not the only one thinking this way, it was nice to read about it in a book and see Lexie evolve and still feel a little insecure and growing confident each page.

So thank you Katie Cross for motivating me even more on my journey to weightloss. You don't know how much this means to me.
Read more
23 people found this helpful
Helpful
Report abuse

book reader
2.0 out of 5 stars Waste of time
Reviewed in the United States on February 7, 2019
Verified Purchase
A typical sentence from this book, “Most of the girls already gliding in place and glistening with moisture looked like gazelles. I, on the other hand, would look like a short-limbed hippo trying to fly.” Need I say more.
As I got further and further into this book, I kept telling myself to stop, but I kept going hoping the end would be worth it. It wasn’t. Every other person, especially Lexie, “snorted” their words, “No!!” Lexi snorted!! Get a thesaurus already.
The book centers on an overweight college girl whose thin sister is getting married. She also has a crush on a guy she met online and of course she’s trying to lose weight for him, but needs to find out the reason she’s an emotional eater before she can give him her heart. Just pass this one by.
Read more
6 people found this helpful
Helpful
Report abuse
See all reviews

Heather B
5.0 out of 5 stars Absolutely Delightful!
Reviewed in the United Kingdom on June 17, 2019
Verified Purchase
What a delightfully refreshing book to read. I thoroughly enjoyed this one! To start with, the author writes really well and has a lovely light style which makes for an easy and relaxing read. The characters are wonderfully realistic, and I loved Lexie and was rooting for her from the first page. She starts out on a quest to lose weight and become healthier, but on the way, she learns so much about herself and what is important in life. It really was lovely to see her make so many breakthroughs. Although Lexie’s learning all these things, the book isn’t heavy-going at all and has a lot of light and fun moments. I can highly recommend this delightful book and will be looking out for more by this author.
Read more
Report abuse

Perkins
4.0 out of 5 stars Inspirational tips for anyone needing to lose weight and live a healthier lifestyle
Reviewed in the United Kingdom on September 26, 2017
Verified Purchase
If you're looking to lose weight, then Lexie's story should give you the inspiration you need. Beneath the desperate fat girl finally pushed into losing weight for the man she wants to impress into loving her, is a deeper more meaningful message. Basically, you're being told that you don't have to be thin to be lovable or loved, that eating disorders have a wide range of reasons behind them and that if you are prepared to work at it, you can become the person you want to be without worrying about what others think of you. Be prepared for lessons in healthy living and eating, how to keep going under pressure and coming to terms with the things that make you who you have become. Well, these are the messages and if they work, then why not? Likeable characters in reasonably believable situations in a story that makes for an enjoyable read.
Read more
One person found this helpful
Report abuse

Kindle Customer
4.0 out of 5 stars Enjoyable, easy read
Reviewed in the United Kingdom on October 4, 2017
Verified Purchase
I'll be honest, at times Lexie's character really irritated me. Her motivations for doing anything were so juvenile that it made me roll my eyes. Then I remembered that she's quite young and so I softened my stance. The story was actually really enjoyable and so relatable I couldn't believe it; the author is obviously someone who knows and understands the pain and emotional turmoil of being overweight and trying to do something about it, as well as having young adult angst and tragedy in her life. Easy reading and a couple of laugh out loud moments.
Read more
One person found this helpful
Report abuse

OnTheShelf
5.0 out of 5 stars Can't Believe this is free!
Reviewed in the United Kingdom on February 6, 2019
Verified Purchase
I bought this free and just fell in love with it. It has great characters and is a book which really lets you get to know the characters and you end up really pulling for them and wishing them everything they deserve. I believe it started life as a serialization on WattPad. I wish the writer good luck, it's a really good read.
Read more
Report abuse

Becky Brooks
4.0 out of 5 stars A weight loss journey of self discovery and love
Reviewed in the United Kingdom on July 9, 2016
Verified Purchase
It started with Facebook and the wish to impress a boy. Lexi was a big girl who went through a weight loss journey initially to impress Bradley, but she discovered who she was on the way. I loved the story but the ending was a bit confused by the fact that an amusing chapter about a make-up session for her sister Kenzie's wedding appeared out of sequence just before the last chapter, not sure if this was a download problem! I would still recommend the book as a good read!
Read more
Report abuse
See all reviews