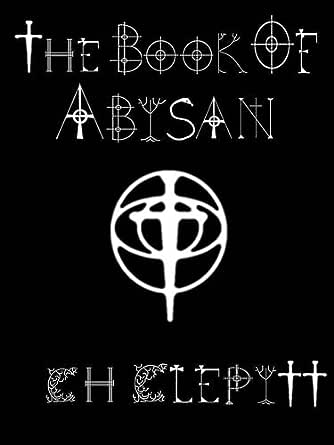 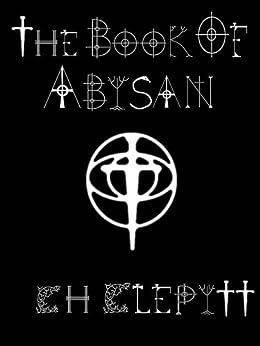 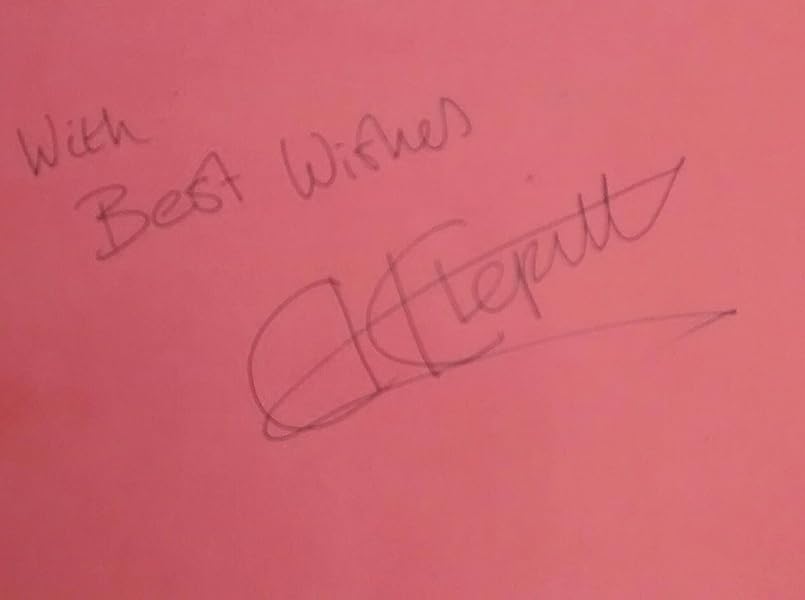 The Book of Abisan Kindle Edition

Author JB Richards
5.0 out of 5 stars A Desperate & Heroic Battle for the Control of Two Worlds!
Reviewed in the United States on April 12, 2018
Verified Purchase
“The Book of Abisan” crosses multiple realities to follow two very different young women from different realities as they come together in an unusual friendship to battle an inter-dimensional army set on conquering both of their worlds.

Clepitt’s characters have rich and complex back-stories steeped in the folklore and legend of their worlds. Their storied mythologies lend credence to this impressive fantasy read as the plotline twists and turns with an excitement rarely elicited in such short stories. Although there are formatting and text alignment issues, they detract little from this engaging saga.

High-action, magic, and two strong female leads sweep this adventure forward with force and determination. Clepitt’s heroines know that they are strongest when working together, and they demonstrate that, when two women set their sights on a common goal, nothing can stop them.

Margena Adams Holmes
4.0 out of 5 stars Fast-paced, fun fantasy!
Reviewed in the United States on March 11, 2019
Verified Purchase
The Book of Abisan is a magical fantasy story taking place in two different worlds. The story is fast-paced and the two main characters Jacques and Yfrey are fun and make a great duo. I had a hard time putting the book down! This is the second book I've read from CH Clepitt and I haven't been disappointed yet.
Read more
One person found this helpful
Helpful
Report abuse

Murray N. Mclean
5.0 out of 5 stars A Rip Roaring Roller Coaster Ride.....with swords and magic!
Reviewed in the United States on June 23, 2013
Verified Purchase
This omnibus edition of all three books is a great read. Two strong female characters and when I say strong.. I mean totally badass. One a witch, Yfrey, from a parallel world in the throes of revolutionary war, the other Jaques, a damaged young woman from the here and now who has no idea that she may be the prophesied savior of the aforementioned other world. Thrown together the two women form an unbreakable bond and prove an unstoppable force for good.
Ms Clepitt as I have said before has a deft style that makes the book clip along at a breakneck pace. The characters are sparely but sharply drawn. The action scenes are heart stopping and there are plot twists that will have you saying "eek!" out loud..
This is a terrific book. Buy it.
Read more
One person found this helpful
Helpful
Report abuse

Maria Riegger
4.0 out of 5 stars An intriguing fantasy novel
Reviewed in the United States on February 19, 2019
Verified Purchase
A wonderful fantasy novel with world-shifting and compelling characters. It is difficult to put down! Reminiscent of Neil Gaiman's Neverwhere, replete with witty repartee. You will love this book!
Read more
Helpful
Report abuse

This one started so well - I really wanted to know what happened to Yfrie . . . then, with Jax and their meeting -- and how Jax is the answer to a prophecy . . . well, I was pretty hooked. Then . . . things sped up.

The beginning third of the book was so well done -- the interactions with the characters was lively and real -- like Jax and her brother were real people -- the descriptions were particularly good -- I felt I was actually in the world. . . .

By the second third of the book, things seemed to get rushed -- things happened and the characters went "oh well" and went on in various new directions . . . the last third of the book seemed even more rushed -- I would have loved a little more time to absorb what was going on and why. And then it ended -- on almost a cliffhanger . . .

This isn't to say I didn't enjoy the book -- I did. I love the subtle (and sometimes not-so-subtle) humor the author puts in all of her writing -- this book was no exception . . .

The performance portion overall was pretty good -- there wasn't much of a vocal difference between the characters, so I really had to concentrate to know who was saying what.

Overall - I feel this has set us up for a sequel -- And in reading the other reviews, I see there IS one . . . one that I will be happy to read/listen to . . .
Read more
Helpful
Report abuse

J C Steel
4.0 out of 5 stars An adventure-filled urban fantasy
Reviewed in the United States on December 19, 2019
The Book of Abisan is an adventurous urban fantasy, where a religious elite that persecutes magic users is extending its activities across alternate realities.

Yfrey is a magic user on the run, her home long since gone and her family and friends dead or imprisoned. Jacques works as an archivist in the UK, keeping people at a distance as much as she can. When a fluke of magic sends Yfrey stumbling into Jacques’s life, neither Jacques nor Yfrey thinks they stand a chance of surviving the pursuit on Yfrey’s trail, never mind fighting back—but the freedom of two worlds is hanging on their success.

The Book of Abisan creates a tantalising cast of relatable characters, with their own traumas and doubts, trying to pull off the impossible. On the one hand the story combines a journey to self-discovery for the protagonists, and on the other the storyline is balanced by violence and danger. As I'm not keen on the fluffy-fluffy approach in my reading, I appreciated author C. H. Clepitt’s ability to inject glimpses of gritty realism into the plot. The book makes good use of the alternate realities theme, building up the antagonists across realities in very different guises.
Read more
Helpful
Report abuse
See all reviews

Stephanie Jane (Literary Flits)
3.0 out of 5 stars Fast-paced fantasy novel
Reviewed in the United Kingdom on November 26, 2015
Verified Purchase
I downloaded my copy of The Book Of Abisan after having been pointed towards it on Twitter. A feminist fantasy novel of witches, magic and multiple realities, it isn't my preferred genre, but overall I enjoyed the read.

The Book Of Abisan is a volume of prophecy, carried and studied by a witch, Yfrey, who is trying to rid her world of an oppressive dictator, Calim. Calim is a charismatic man, but one without any magic of his own and he is determined to rid that same world of all its magical beings, leaving himself all powerful. Clepitt's book is a fast action-packed ride - a complete contrast to my previous read, Kent Haruf's Benediction! There is some attempt at rounding out the two main characters, Yfrey and a human woman named Jacques, but otherwise everyone is pretty two-dimensional with the novel's emphasis put on doing rather than being. I thought several scenes were too rushed and would have liked a lot more in the way of description to help me understand what was going on and why, especially once the reality hopping starts. I wanted to know more about the different realities! If that was done I would say that there could be enough plot here for two exciting novels. However, overall this is an easy escapist read and I liked the drawings at the start of each Part.
Read more
Report abuse

Dr. H. Lancaster
5.0 out of 5 stars Take power!
Reviewed in the United Kingdom on June 4, 2015
Verified Purchase
Feeling a bit down? need some fun? Read the Book of Abisan to feel uplifted and powerful again! Written in a clear, and charmingly witty style, this is the tale of how two women (Evie and Jacques) claim their magical powers and defeat the Inquisitor and the evil Calim and his army. I felt drawn into the narrative immediately and traveled with the characters between different realities -- ours, and the magical worlds. I am looking forward to reading other books by C. H. Clepitt.
Read more
One person found this helpful
Report abuse

The Salopian
4.0 out of 5 stars Not my usual cup of tea - and a pleasant surprise
Reviewed in the United Kingdom on July 11, 2013
Verified Purchase
I came to this book, in all honesty, not expecting to enjoy it, but I was wrong. It moves along at a decent pace, there is action, but not at the expense of character development, and it made me want to know what happened at the end, which is all I could want in a book.
Read more
Report abuse
See all reviews