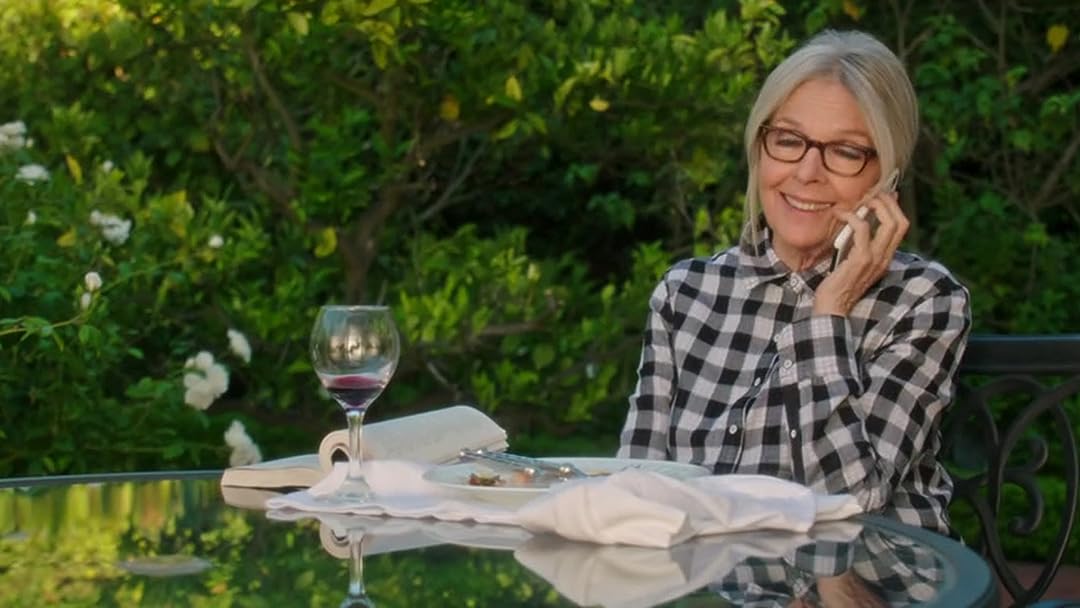 Included with Paramount+ on Amazon for $9.99/month after trial

Watch with Paramount+
Start your 7-day free trial
Add to
Watchlist
By ordering or viewing, you agree to our Terms. Sold by Amazon.com Services LLC.
Write review

Dusk MaidenReviewed in the United States on November 16, 2022
4.0 out of 5 stars
Worth the Watch
Verified purchase
Glad the script and editing are good. Key Actors never fail to please however they are portraying the usual character's they always do.
Jane Fonda young and sexy (the character she is portraying is pushing a MUCH younger woman)
Diane Keaton always gets the guy and happy children
Mary Steenburgen is sweet
Candice Bergen is sarcastic. Love her voice and timing.
Look forward to seeing all of them doing something different in the future. Enjoyed this movie.

Heather YoungReviewed in the United States on September 27, 2022
5.0 out of 5 stars
Fun filled movie that was carefree and entertaining! Love these women!
Verified purchase
First and foremost I'm a fan of all these actresses they are amazing in their own rights, but put them all together and it was chaos and a fun filled time. I guess I must be getting older because I find movies like these so much more entertaining than I used to and rather enjoyed the highjinx that these women were getting up to! I can appreciate all their perspectives and that the idea you're only as old as you feel! Stay young at heart!! I'd watch it again, and I'll be putting this one in my repeat watch pile!
One person found this helpful

Discreet BuyerReviewed in the United States on February 22, 2020
4.0 out of 5 stars
Have to get past the first half hour.
Verified purchase
So, I wasn't sure what to think about this movie from the other reviews. The reviews were 50% good and 50% bad. Finally I decided to just watch it myself.

Here's what I think. The people complaining about the stereotyping were missing the point. Yes, there's a lot of cringe-worthy moments, especially during the first half an hour or so of the film. Way too many sex jokes, and the women seem a bit lacking in depth at first.

But as we get further in we start learning more about them, the actresses charm comes out more, the dialogue gets better. It went for awful to actually pretty heartwarming and a little profound at the end.

The message of the movie is not to be afraid of love and happiness, but also not to try to control everything in your life. That control defeats love, but trust and openness enable it.

I am not the demographic I think it was aiming for, I'm a single woman in my early twenties who's never dated, but I found the message applicable to me. Really, it could go for refreshing, family, whatever.

The downsides to the film are a lot of the humor is not that funny. It's cute, but not funny. And you have to roll your eyes and let a lot of stuff go.
Also, the books, "Fifty Shades is just weird. But this movie does not have any disturbing sex scenes, or that many allusions to the books. Though there was plenty of sex references, I've seen worse stuff in TV show reviews than here. If you are on the internet at all, it's nothing that unusual. While I still didn't like it, it didn't get super gross. There was not any deal-breaker material for me.
I would also say, if you're into sensual stuff and are hoping for that, this movie will disappoint you. It's more like a coming of age movie for adults, set around 50 Shades as a framing device, not a movie about sex.

Also, sex is used too much as a representative of relationships, but the movie eventually calls out that mindset by pointing out that that's not really what love is about. It's still kind of overdone, but if you ignore that, the stories all had satisfying endings. You won't be surprise, but you will like it.

Is it the best movie of this sort I've ever seen, no. Did I enjoy it? Yes.
I'd say it's fine even as a family movie if your kids are adults, or you want to watch it with your spouse. IT's not too chick-flicky for a guy to enjoy, if he's into this kind of movie.
Anyways, that's all I have to say about it. Hope this review was helpful.

STEPHANIE WEBERReviewed in the United States on October 26, 2022
5.0 out of 5 stars
Loved it
Verified purchase
Enjoyed this movie - light, funny entertainment with girlfriends!

CherylReviewed in the United States on September 26, 2022
4.0 out of 5 stars
Fun movie
Verified purchase
lighthearted and fun.

Amazon CustomerReviewed in the United States on October 13, 2022
5.0 out of 5 stars
Best movie ever!!
Verified purchase
I love this movie! I have watched it over and over again. I laugh every time!

Raisuli the MagnificentReviewed in the United States on July 29, 2019
4.0 out of 5 stars
chick lit flick
Verified purchase
Four grand dames of cinema team up in a film about a book club whose primary theme is sex. Fonda had her soft core approach in Barberella, Bergman had her various roles and famously hooked up with Connery in Milius's film, while Steenburgen and Keaton have both been noted for romantically edgy roles.

Asa middle aged dude who saw these woman as a young boy, what do I think? Eh, it's a chick flick with a lot of … perhaps no0t cliché but obvious moments regarding sex, relationships, kids, and the usual stuff that hits couples and people in general at all ages. Designed more for the middle aged or female retiree, I think I can safely say that the dialogue was pretty whitty at times and clever in that it didn't rely too much on sexual innuendo save for a scene or two. And all in all, as per Raisuli when telling Candice's Pedicars his story, the conversation of women does not interest this male too much, but in this day and age of teenage banter in loud obnoxious superhero films, one is inclined to have a different disposition.

It's a romance with a lot of suggestions and topical conversation regarding sex, minus the sex (thank goodness). I mean it's a good film for what it is, and thankfully a mature relief from a lot of really obnoxious big budget pictures that rely on CGI, high-school grade banter with a lot of body function put downs and gags.

I guess the one thing that keeps me from giving this five stars is that the material seems very engineered. All American film and TV are designed to vent fantasies and tease out criminality. There's not much in terms of criminality in this film, but there's a lot of fantasies and, in this way, psychological education of how older women can seek romantic and sexual fulfillment. True, this film heightens the fantasy by making all of the characters in question highly successful, so it's another fantasy on top of another fantasy for those of us who are less well off.

A decent watch, and a pleasant surprise since Amazon usually reserves the free films for those that aren't quite as good.

A bit predictable, but otherwise an okay watch.

Give it a shot.

KerrieReviewed in the United States on September 30, 2022
5.0 out of 5 stars
Must See
Verified purchase
Must see movie: very refreshing adult humor without it being smut...also very funny 😁
See all reviews
Back to top
Get to Know Us
Make Money with Us
Amazon Payment Products
Let Us Help You
EnglishChoose a language for shopping. United StatesChoose a country/region for shopping.
© 1996-2022, Amazon.com, Inc. or its affiliates