The Book of the Dun Cow and millions of other books are available for Amazon Kindle. Learn more 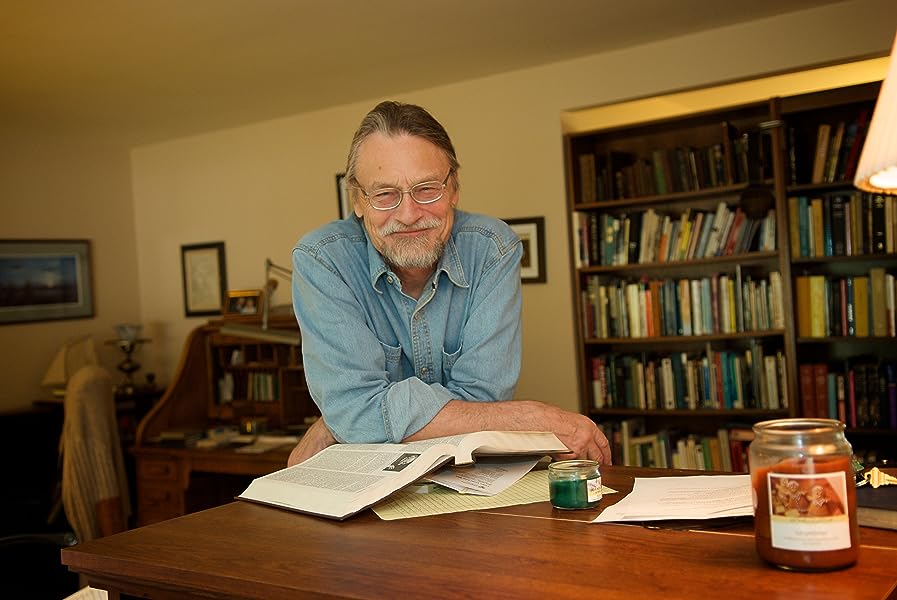 by Walter Wangerin Jr. (Author)
4.5 out of 5 stars 204 ratings
See all formats and editions
Sorry, there was a problem loading this page. Try again.
Read more Read less
Previous page
Next page

4.5 out of 5 stars
4.5 out of 5
204 global ratings
How are ratings calculated?
To calculate the overall star rating and percentage breakdown by star, we don’t use a simple average. Instead, our system considers things like how recent a review is and if the reviewer bought the item on Amazon. It also analyzes reviews to verify trustworthiness.
Top reviews

Mark Evans
5.0 out of 5 stars Good vs. Evil
Reviewed in the United States on February 11, 2017
Verified Purchase
I thought The Book of the Dunn Cow was a children’s book, it is not. I wouldn’t recommend the book for children. I think it may be acceptable for teenagers, but with caution. There are a series of adult rated events and it includes vivid violence. There are no humans in the story, animals only. The book is written well, excellent storyline, and character development. In the afterward, Wangerin assures the reader that his story is not an allegory. It is a “beast fable;” Wangerin was inspired by several sources, but the story is completely original. This is the first book of a three book series.

This world is different than the one we know. It is filled with talking animals. The animals live on the surface of the earth and one creature lives within. The evil creature is named “Wyrm,” a massive dreadful serpent; “He was angry. And he hated, with an abiding hatred, the God who had locked him within the earth. And what put the edge upon his hatred, what made it an everlasting acid inside of him, was the knowledge that God had given the key his prison in this bottomless pit to a pack of chattering animals.” (p. 23-24) The animals are the keepers and there are only a few which maintain a lord/leadership status. Chauntecleer the rooster, one of the main characters (lord) and heroes of the story, knew nothing about Wyrm. No animal had knowledge of Wyrm.
Read more
14 people found this helpful
Helpful
Report abuse

Nathan Smith
5.0 out of 5 stars You can't go wrong with a story about a rooster.
Reviewed in the United States on May 27, 2021
Verified Purchase
I got the paperback copy published by "HarperOne." Solid and sturdy. Paper a little grey for my liking but paper and type quality were good enough so as not to interfere with the reading experience.

This is a great little fable about a rooster who has lots of problems but is still admirable and comes through in the end. He is far from the only hero. If you are looking for a strong Christian allegory in the vein of Narnia, this isn't it. But it is a great story. The writing was very enjoyable. There is wonder and intrigue, bravery and cowardice, love and selfishness. It was really enjoyable.

Wayne S. Walker
4.0 out of 5 stars interesting fantasy on good and evil
Reviewed in the United States on March 20, 2016
Verified Purchase
In a new Afterword, author Walter Wangerin Jr., a Senior Research Professor at Valparaiso University, specifically says that The Book of the Dun Cow, which won the National Book Award, “is not—nor was ever intended to be—an allegory.” It is simply a fantasy of good and evil. The story draws upon Geoffrey Chaucer, the early church fathers, medieval cosmologies, romances like Le Morte D’Arthur, various mythological figures, and Biblical patterns. On the one hand, there is a moderate amount of cursing, along with some profane use of the terms “God” and “Lord” as interjections and a little bit of childish, near-vulgar slang. On the other hand, some reviewers do not care for what they see as “a heavy-handed religious overtone.” Some sources say that Dun Cow should be of interest to all age groups, but probably young adults would be most likely to appreciate its message while not being frightened by the fairly violent and scary parts. A few people may have difficulty with the symbolism. The book does not offer any magical solutions to the problem of good and evil, but it does show that life is filled with both sadness and joy.
Read more
9 people found this helpful
Helpful
Report abuse

arthistorian100
4.0 out of 5 stars Not really about shades of gray
Reviewed in the United States on September 4, 2017
Verified Purchase
Allegorical, symbolic, and fractious: these three adjectives are what first come to mind to describe Wangerin's book. Allegorical and symbolic are likely not surprising to anyone who has read this book, but the adjective fractious might be. I say this because the good v. evil motif is heavily emphasized in the story and the protagonists themselves are fractious. This book was at times a chore to read and at other times a thought-provoking page-turner of symbolic puzzles. There is much that can be said here about the apparent Christian symbolism, though some may disagree. I have to mention Orwell's Animal Farm, here, as the allegorical use of personified farm animals is similar yet emphasized differently. This book is not for readers who don't like allegory or complex religious symbolism. This book is likely to be respected and perhaps enjoyed by readers who would like to consider the good v. evil binary from a symbolic perspective. This book is not about shades of gray despite the symbolic puzzle pieces that are the main characters.
Read more
One person found this helpful
Helpful
Report abuse

M. Owens
4.0 out of 5 stars The Book of the Dun Cow
Reviewed in the United States on January 5, 2014
Verified Purchase
An intriguing, imaginative tale in which all is well in Chauntecleer's Coop where he presides over 30 hens. Indeed, things are going swimmingly throughout all his kingdom, animals included. For the time being his problems are small and few. Then a dog appears, Mundo Cani Dog, a mournful being that Chauntecleer abuses to no avail. A few small issues arise, but they pale in comparison to Chauntecleer's joy when he meets the beautiful Pertelope, marries her, and she bears him 3 male chicks. Chauntecleer's life is pretty much complete.
But Pertelope has a secret. She knows that far away in another coop, evil has been born in the form of Cockatrice, a flying serpent with a cock's head. Cocktrice, a manifestation of the ultimate evil that is Wyrm, has begot innumerable offspring of his own, and they can kill with a single bite.
Cocktrice and his minions advance on Chauntecleer's Coop, and the battle between good and evil begins. Chauntecleer feels the advance in his bones. He encounters a dun cow, but she speaks only to Mundo Cani Dog.
Chauntecleer, although outmatched, successfully battles Cocktrice and kills him. The battle surges on, but goodness and virtue triumph, although at great cost. Dog himself dispatches Wyrm with one of the dun cow's horns. Curiously, the dun cow of the title plays a rather small role in the great struggle. She counsels the dog about his upcoming fight with Wyrm, but her only participation is to provide the horn with which he gouges Wyrm's eye.
How to categorize such a work? The author's use of animals to wage an epic battle suggests a fable, while the classic good/evil clash has an allegorical bent, although the author, in his notes, insists that the work not be regarded as an allegory.
Whatever, it's a highly entertaining tale full of memorable characters.
Read more
8 people found this helpful
Helpful
Report abuse
See all reviews

S Noak
5.0 out of 5 stars Good
Reviewed in the United Kingdom on March 11, 2014
Verified Purchase
I used this book for a myth essay as their are multiple underlying stories within the book. I found the book to also be incredibly interesting. Good book if you want to read something different.
Fantasy book, with animals been the main characters
Read more
Report abuse

Larry M Roy
5.0 out of 5 stars Love this book
Reviewed in Canada on September 28, 2017
Verified Purchase
This treasure was shipped quickly and at a good price
Read more
Report abuse
See all reviews