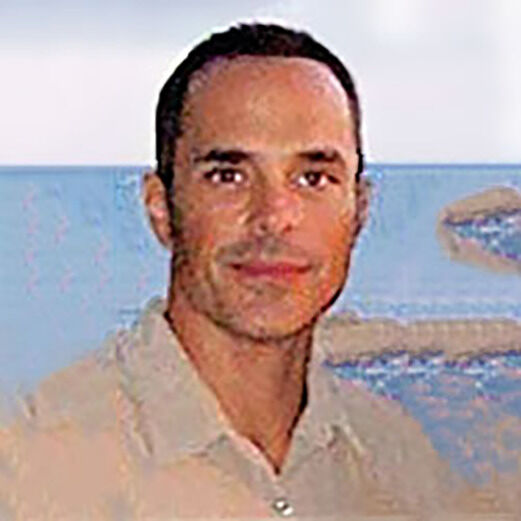 by LG Williams (Author)
See all formats and editions
Sorry, there was a problem loading this page. Try again.

The Book Of Yuri is another installment in the series of photography books by American artist LG Williams. The Book Of [Your Name Here] series, originating in January 2015, is an artistic re-examination of the "miracle" of the daguerreotype photograph, in which the artist reaches back to the origins of photography.

On August 19, 1839 the French Academy of Sciences announced the invention of the daguerreotype by the scene painter and physicist Louis-Jaques-Mande Daguerre (1787-1851). Word of the discovery spread swiftly, and the daguerreotype photography enjoyed great popularity until the 1850s, especially in America where the process was free from patent restrictions.

While there was great demand for portraits captured by the "miracle" of photography, early daguerreotype technology had its shortcomings. The necessarily long exposure times that were required to capture an image, fifteen minutes on average under bright lights, led to necessarily inevitable lacunae in representing the subject. The resulting single image daguerreotypes are de facto composites of the lapsed long exposure time, but not, as was purported, scientifically captured replicas of both time and image.

This publication and series presents an opportunity for Williams to provide an artistic, political, and social perspective on the missing truths, images, and loss of time that occurred during the age of Daguerre. In other words, each book from this single-portrait-series consists of hundreds of continuous images during a fifteen-minute stretch of time, or just about as many images as the artist could take as fast as possible using his out-dated FujiFilm FinePix Z70 3-MP Digital Camera. From this historical perspective, Williams' series points to the limitations of daguerreotype photography with the seemingly limitless possibilities of contemporary analogue-image capture and production.

An heir to West Coast and Beat Generation art, LG Williams is one of the youngest member of the Rat Bastard Protective Association, whose membership includes Bruce Connor, Wally Hedrick, Jay DeFeo, Joan Brown, and Manuel Neri. Williams has taught at the University of California-Davis, University of Southern California, California College of the Arts, Arizona State University and the University of Hawaii. In March 2009 Cengage Learning / Wadsworth published Williams's Drawing Upon Art: A Workbook for Gardner's Art Through the Ages -- an innovative pedagogical tool designed to facilitate learning art history through drawing.

More information can be found at www.lgwilliams.com

LG Williams is a Los Angeles artist and an Endowed University Instructor at The Academy of Art University, and recently The Robert Hughes Distinguished Visual Artist-In-Residence at The Lodge in Hollywood, CA. Williams’s practice spans many artistic disciplines, including art criticism and art history.

Williams’s artworks are featured in museums and private collections in Europe, U.S., and Japan. According to Kenneth Baker, an art critic for the San Francisco Chronicle, “Williams wants to hold open a space in which painting might resume in earnest.” His exhibition, In Abstentia, held at Super Window Project in Kyoto, was reviewed in Artforum magazine in May 2011. In 2014 Donald Preziosi (Emeritus Professor of Art History, UCLA) included Williams in his Art, Religion, Amnesia: The Enchantments of Credulity (Routledge). In 2012 Baron Osuna (Super Window Project) for Gloria Maria Gallery co-curated LG Williams / The Estate of LG Williams, Anthology: 1985-2012, a mid-career retrospective exhibition in Milan. Thomas Frangenberg, University of Leicester, wrote the catalog essay for the accompanying publication.

In 2008, when arts reporter Steven Heller selected the Top 10 Art Books of the Year for The New York Times Sunday Book Review, he singled out Williams’ opening sentence from his clandestine introductory essay, written under pseudonym for E Pluribus Venom: The Art of Shepard Fairey.

In 2009 Cengage Learning / Wadsworth published Williams’s Drawing Upon Art: A Workbook for Gardner’s Art Through the Ages (edited by Julia Friedman) — an innovative pedagogical tool designed to facilitate learning art history through drawing. In 2011-12 Williams was the art critic for The Tokyo Weekender, the oldest free English publication in Japan.