Bookended By Beauty Queens and millions of other books are available for Amazon Kindle. Learn more
Share <Embed>
Have one to sell?
Sell on Amazon 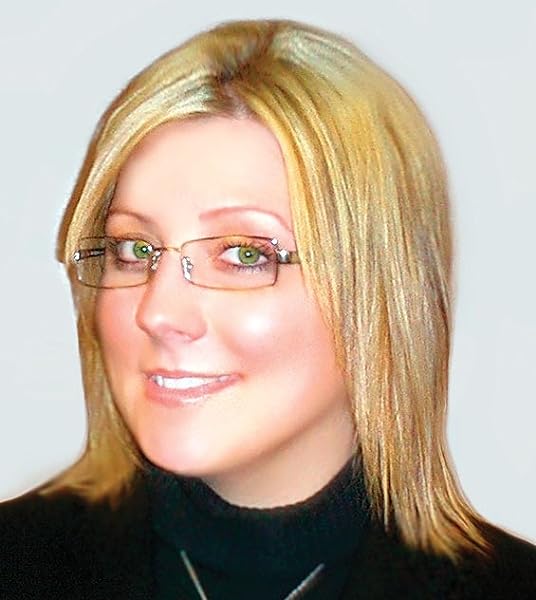 Start reading Bookended By Beauty Queens on your Kindle in under a minute.

Patricia Guerrero
5.0 out of 5 stars Hilarious and heartwarming story!
Reviewed in the United States on June 22, 2012
Verified Purchase
I didn't really know what to expect when I started reading this book. I only read part of the summary on amazon and decided that the short strip I read gave me more than enough motivation to buy the book and read it. I was surprised with the results.

I honestly think this book is very unique in terms of characters and plot. The book starts off like an anti chick lit chick lit story. What I mean by this is that it's the personal story of a woman with many comedic elements and extremes. It gives you the feel of reading a funny chick lit book but the main character is so different from the usual main characters of the genre that it doesn't really fit in to that theme. The conversations between the characters had me roaring with laughter, it's been a while since I've really laughed this much with a book.
After getting to know Angie a bit, the story introduces us to Val, a friendly drag queen Angie meets in the subway who tries to chat with her. This interaction between them is hilarious since Angie isn't really the friendliest person on the block so the thoughts that go through her head during that moment should have you laughing out loud.

Then we meet Anne, Angie's grandmother who is probably one of the best characters in the book besides Val. Anne's apartment has burned down and she needs a place to stay and the only person who is "willing" to take her in is Angie, because her sisters force it upon her. Angie is sort of expecting the worst from this arrangement but when Anne and Val meet they have so much friendly chemistry that she sort of brings Val into Angie's life. Angie is headstrong about avoiding a friendship with Val, but Val's amazing diva personality wins her over.

The dynamic between these three women is so well written and funny that it wins you over in a heartbeat. Honestly I really think this is could be quality comedy TV series sort of material.
Obviously not everything can be laughter and joy, life throws you curveballs sometimes that are very difficult to face. One night after a party, Val and Anne get attacked by a drag queen hating group and Val ends up in a comatose state. This is where the real story starts, Val's religious family decides to take Val off of life support and Angie decides to battle them straight on in court. The rest of the story takes us through the process of the trial and what Angie must go through for fighting for Val's life and facing the prejudice and hate of many in order to do so.

Nicole
4.0 out of 5 stars super cute and super funny and fast to read
Reviewed in the United States on September 2, 2012
This book was really cute, and fun to read. I'll admit that I was a little thrown by the concept of drag queens, but it turned out to make the book a lot more fun. As the synopses states, Angie takes in her grandmother after a fire ruins her apartment. It seems absurd that it took three days for her sisters to tell her that there was even a fire.

I liked that Angie was a book publisher because it's something that I would like to do (since I do love reading). My favorite part of her job was that her grandmother, Anne, would read some of the books that Angie would reject. When Val was in the hospital, I loved that Anne would read them out loud to him.

It did seem rather abrupt, the time period between when Angie and Val met and when he was attacked (It seemed like only a few days) but then again it was hard to tell the passage of time in this book. Usually there is something that indicates how much time has passed, but there were very few clues.

This was not the only problem that came up in this book. Before launching into all of my problems with this book, let me start by saying that I contacted the author and let her know about some of the discrepancies that I found. I appreciated how receptive Victoria Marshal was to my suggestions and so I raised my rating. Many of the problems that I found should have been caught by her three editors, but were not.

At the start of the book, Anne was referred to as Angie's maternal grandmother, but later it was stated that she was the girls paternal grandmother. There was also a later issue, but I don't want to point it out because you know me and giving away plot points. There were other spelling issues, missing words and wrong tenses. All things that an editor should have caught.

Given how quick a read it was, I think that it is worth it to check out. It also brings up a lot of points that cause you to think what side would you be on? Val's parents want to pull the plug on his life support, but does that mean they should be able to because they don't believe in his life choices? Do Angie and Anne have the right to prolong his life because they believe thats what he would have wanted? Even though they only knew him for a few days? Maybe weeks? It makes you think what you would do for your friends.
Read more
One person found this helpful
Helpful
Report abuse

Lisa A. Markson
5.0 out of 5 stars Hilarious and touching
Reviewed in the United States on March 27, 2012
Bookended by Beauty Queens by Victoria Marshal

Oh I many opinions on the book Bookended by Beauty Queens by Victoria Marshal. I was reading the story of Angie Palmer I thought this was going to be one of those books where you have a whiney middle child complaining that they can't do this like the oldest one does and the baby of the family gets their way all the time, boy was I wrong. Angie was overshadowed by two sisters who were beauty queens but she was the smart one in the family the one that was used as the responsible one. She comes across a drag queen by the name of Val on the subway and kind of dismissed the encounter until! Her grandmother loses her apartment in a fire and she comes to live with Angie. On the subway they run into Val again and her grandma starts a friendship with him that will change all of their lives. This portion of the book was hilarious I spit my drink out of my nose laughing so hard. I have never laughed so hard in my life. Don't get me wrong this is not just a comedy there is a dramatic turn of events that I will not spoil you will have to read. Angie and her grandma take on the fight of their lives and will the outcome be favorable to all. This is a must read exceptionally good for a debut author. Well done Victoria thank you for the wonderful book.

Sent from my iPad
Read more
4 people found this helpful
Helpful
Report abuse
See all reviews
Back to top
Get to Know Us
Make Money with Us
Amazon Payment Products
Let Us Help You
EnglishChoose a language for shopping. United StatesChoose a country/region for shopping.
© 1996-2021, Amazon.com, Inc. or its affiliates