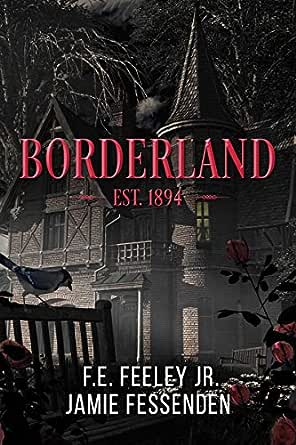 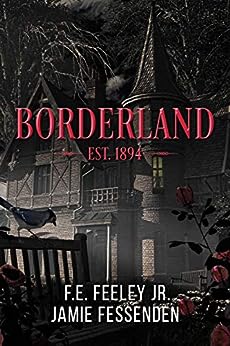 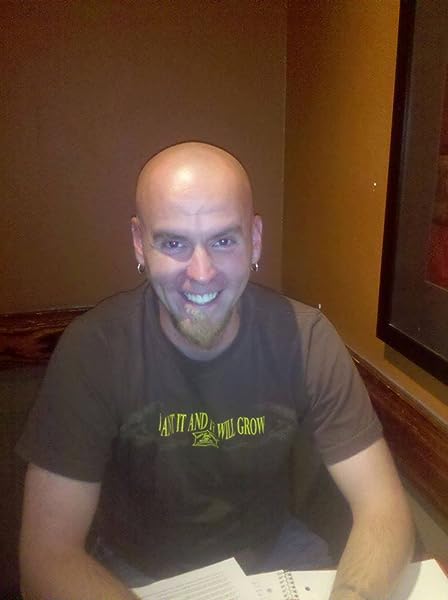 Ulysses Grant Dietz
5.0 out of 5 stars A ghost story with a point. It is eerily timely, exciting and romantic, as well as unexpected.
Reviewed in the United States on June 13, 2020
Verified Purchase
“Have you had a good life…? Were you loved? Did you love in return?”

“Borderland” is a ghost story with a point. It is eerily timely, and it deals with a topic all too present in America’s consciousness at this very moment of global pandemic: death before one’s time. It is also, however, a love story, a commentary on how the world has changed in a hundred years, and, perhaps, the very nature of good and evil.

These are all things about which F.E. Feeley has made us think in his other novels, but this collaboration with Jamie Fessenden, whose books are happily familiar to me, creates a rich stew of plot, emotion, symbolism, and downright horror-show creepiness. Both Fessenden and Feeley have a penchant for the paranormal, both for its cinematic special effects, and for its emotional potential.

Borderland is the name of a hotel, established as a place of relaxation and retreat from the world, deep in the Vermont countryside near the Canadian border. It is exactly the kind of resort that flourished in such beautiful parts of America in the late nineteenth century, providing the opportunity to ‘get away from it all’ for people exhausted and harried by life in a time of immense social and economic change. But, unknown to its builder, and to its current owner, Rebecca Thibault, there is another Borderland involved, and this one we get to discover along with the guests at the hotel after the arrival of Jason and George Uphill.

I remember distinctly, back in the late 1980s, when I found out for sure that neither my partner nor I were HIV-positive, thinking ‘now all we have to fear is everything else we can die of.’ This is where the story begins, with a relatively young gay couple, legally married, ten years into their life together. George is diagnosed with a brain tumor, and all efforts to stem its growth fail. George and his husband Jason decide to return to Vermont from Texas, so that George can make peace with his family and find peace on his native soil. He and Jason are determined to make the most of their last six months together, to enjoy each day to its fullest until the inevitable end comes. It is an oddly melancholy beginning to a classic horror story, in which they are marooned on an isolated road during a violent thunderstorm, their car damaged. The two young men manage to coax the crippled vehicle up a long driveway to a charming Victorian hotel called Borderland, hoping to use the phone to call AAA.

What they find instead is Miss Rebecca Thibault and her staff, all smartly costumed like something out of “Downton Abbey,” ready to tend to their every need. Borderland is luxurious and elegant, yet oddly lacking in some obvious modern conveniences – like a telephone, or any motor vehicles.

The collaborative writing of Feeley and Fessenden is impossible to pick apart; they seamlessly weave their tale of increasing weirdness, like an extended episode of ‘The Twilight Zone,’ until Jason and George can no longer deny that they’ve stepped into something beyond their experience. Like a narrative fractal expansion, the story spins increasingly out of control, to the point where it takes on a cinematic horror-movie quality that defies logic. There comes a moment when both the main characters and the reader simply must let go, embrace whatever faith they have in what they believe to be good, and fight. Jason and George fight in honor of their life together, out of love for each other. The real surprise here is that they have allies they didn’t expect to find.

In the end, it is not about dying, but about the idea of a good death – a concept extant in every major religious system. As much a lover of romance as I am, I know all too well that there are no happy endings in this life; none of us will get out of this story alive. Seeking solace in some measure of control over our end is, perhaps, the best happiness we can achieve. Feeley and Fessenden give us a moving and page-turning adventure that is as much an exploration of the metaphysical as it is of the supernatural.

This would make some crazy movie, if Hollywood had any courage.
Read more
One person found this helpful
Helpful
Comment Report abuse

C. C. McKenzie
5.0 out of 5 stars A fascinating multi-genre 'must-read' if you like romantic, paranormal horror stories!
Reviewed in the United States on June 4, 2020
Verified Purchase
I read books of both authors before and love each of their writing styles and ideas, books, and stories equally. As different, as they are, there is always the subtle sadness and darkness within their characters, as well as the romance, the love, the connection. That's why I love both of their books. When I read about 'Borderland' and that it's a cooperation of both authors, I couldn't resist. I had to immediately read it.

Borderland is a page-turner. To me, it's a multi-genre book, containing romance, connection, love - mixed with the refined built paranormal story - and the factor of fear and shudder.

Jason and George, a married couple, find out that George suffers from cancer. They decide to travel to Vermont, where George grew up. They don't know yet, whether to stay or to travel further. But they know, they love each other and want to spend the rest of George's time together on an adventure, rather than sitting home, sulking over the injustice of Life.

A bad storm breaks their car and forces them to spend the night at the Borderland Hotel. Entering the house means entering another time. Jason and George don't know is it a marketing idea that everything seems to be early last century, or is there something odd going on?

They meet the hotel staff, and a few other guests and the situation gets even more awkward.

The love and connection between Jason and George is obvious. The staff seems confused about it at first, but they seem to accept it quite easily. Rebecca, the owner of the hotel is a strong, independent woman, considering her upbringing. That's also visible in how she takes care of the hotel. I admit she is one of my favorite characters, next to Thomas, the boy who does everything, from fixing old lamps to gardening and everything in between.
Of course, Jason and George are my favorites too.

The character development and description within the book are excellent and I wouldn't have expected anything less from these two talented authors.
I don't want to give anything away and that's why I stopped describing the story, but let me tell you, George and Jason's hotel stay is not for the fainthearted. I caught myself sitting in front of my e-reader with my mouth open.
Well done!!
Read more
One person found this helpful
Helpful
Comment Report abuse

Kazza - On Top Down Under/Dark Hints Book Reviews
5.0 out of 5 stars Immersive and Emotional Reading.
Reviewed in the United States on June 21, 2020
Verified Purchase
This book was a tough read for me because it hit a personal nerve. Hitting a nerve or not, Borderland is a visceral reading experience that immerses you in its storytelling, its word, its characters.

It is well written

Has lots of elements to make it an incredibly interesting story

An excellent tale in a genre that can get a little same-same at times.

R Keebler
5.0 out of 5 stars Very well done paranormal story
Reviewed in the United States on June 25, 2020
Verified Purchase
Jason and George, married, deeply in love, have to face the end. George has a brain tumor and doesn’t have long to live. They go to Vermont to spend their last few days together. They are forced to seek shelter at a quaint hotel called Borderland. Where nothing is as it seems and everything is suspect.

This book had great characters and the story was excellent. The premise of the “door” was an interesting concept. The writers created a believable world. Inhabited by good and evil and a group of people who discovered a forever kind of love for each other.

I tend to base my reviews for paranormal m/m books on how they compare to the writing and story development of Closer by F.E. Feeley. The co-authors created a book that will probably be used in future comparisons.
Read more
One person found this helpful
Helpful
Comment Report abuse
See all reviews from the United States