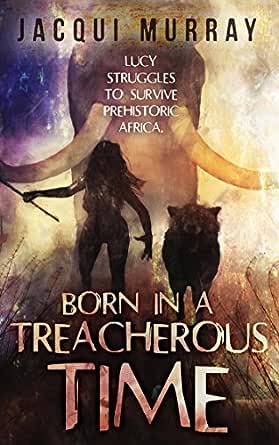 You've subscribed to Man vs. Nature! We will preorder your items within 24 hours of when they become available. When new books are released, we'll charge your default payment method for the lowest price available during the pre-order period.
Update your device or payment method, cancel individual pre-orders or your subscription at
Your Memberships & Subscriptions
There was an error. We were unable to process your subscription due to an error. Please refresh and try again. 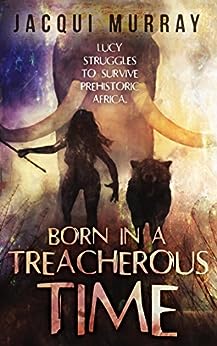 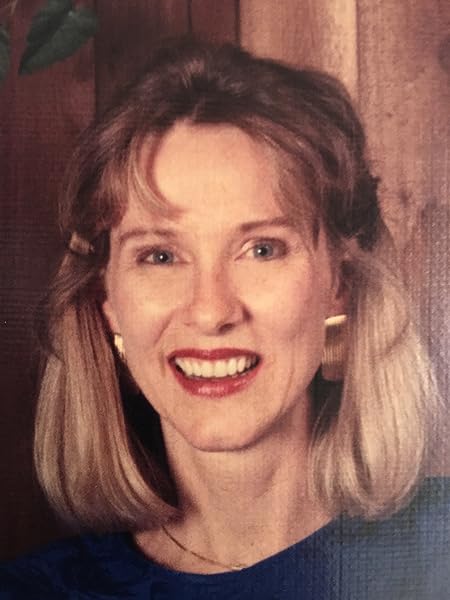 An Amazon Book with Buzz: "The Second Home" by Christina Clancy
"A sure-footed ode to the strength of family, the depth of loss, and the power of forgiveness." - J. Ryan Stradal Learn more
click to open popover
Books In This Series (1 Books)
Complete Series 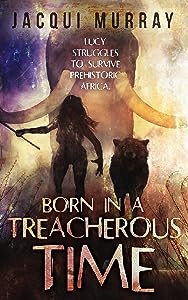 4.2 out of 5 stars
4.2 out of 5
40 customer ratings
How does Amazon calculate star ratings?
Amazon calculates a product’s star ratings based on a machine learned model instead of a raw data average. The model takes into account factors including the age of a rating, whether the ratings are from verified purchasers, and factors that establish reviewer trustworthiness.
Top Reviews

D. W. Peach
5.0 out of 5 stars Enthralling world-building!
Reviewed in the United States on June 13, 2018
Verified Purchase
Move over Jean Auel (Clan of the Cave Bear) for Jacqui Murray. I went to bed right after dinner last night because I had to finish this book and would have stayed up all night to do it. What a fabulous read.

Born in a Treacherous Time takes place at the very start of mankind’s development – we are inventive, communal, thoughtful, emotional beings, but still deeply rooted in our animal origins, fully integrated into the harsh volcanic landscape and with the creatures who share our world. Survival is an ongoing challenge and hunger a constant companion. Overlaying the struggles of daily life is the threat of man-who-preys, the next generation of mankind.

The story follows Lucy (Woo-See) through a period of years. She’s a strong character, a healer, and a hunter who’s eager to learn new skills that make her an asset to her group as well as an outsider. There are a number of compelling characters, fully developed and distinct, with a wide range of personalities.

No doubt, Murray did her research, but so little is truly known about this time, that I’m certain she had to employ her imagination as well. The world-building is meticulous. Murray deftly presents a world as seen through the eyes of those who inhabit it. She created words (and hand-signals) to describe the landscape based on the characters’ observations: “Night Sun” instead of moon, “Fire Mountain” instead of volcano. Her attention to creating a logical and detailed reality is stunning. I was honestly enthralled.

The world-building extends to characters as well, and I loved that none of them had “modern” sensibilities that would have tainted the believability of the story. No one is squeamish about raw food or bodily functions, and death is viewed as a natural occurrence. The characters have many of the natural abilities and acute senses of the animals living around them, yet unlike their animal cousins, their understanding of the world grows with each experience.

Best of all, as a reader I became quite attached to these primitive humans, empathizing with their struggles, losses, and choices. There is a depth of emotion, spirit of community, and generous nobility that stretches through the hundreds of thousands of years to our current lives. A captivating book that I recommend to any reader who enjoys adventures, exquisite world-building, or works of historical fiction and prehistory.

Margaret D.
5.0 out of 5 stars Fascinating Story About A Distant Time
Reviewed in the United States on June 21, 2018
Verified Purchase
What a treat to read a fiction work that goes so far back into prehistory. I enjoy reading prehistoric fiction in general, but this is a rare gem. The author successfully combines facts with imagination to create a believable story about our ancient ancestors. We are given a peek into a distant mirror of a people who reflect our own hopes, emotions and fears.

The books main character is Lucy, a woman who belongs to the very first species in the genus Homo. Lucy’s world is a harsh one full of perils including a nearby volcano, hungry predators and a new kind of homo species that hunts not only animals but Lucy’s people as well.

In spite of the dangerous times in which she lives, Lucy’s plucky Spirit helps her prevail against not only outside forces but the jealousies within the band. She is a survivor of the best kind and a heroine who keeps the reader riveted to the unfolding story. Another plus for me was all the interesting prehistoric beast from this era, many that I was unfamiliar with. Lucy interacts with them as well as they are part of her world, finding comfort at time in unusual places.
Read more
5 people found this helpful
Helpful
Comment Report abuse

Although Jacqui Murray has gone to extraordinary lengths to re-create authentics hominids of the era, it is the personality and courage of Lucy that I remember most. She is a remarkable 'heroine' and a distant ancestor I'm proud to claim.

The one small problem I had with the ebook was that sometimes the scene dividers went missing, and so I'd go from one part of the story to another without a clue how I got there. Other than that, Born in a Treacherous Time was brilliantly researched and very well written.
Read more
4 people found this helpful
Helpful
Comment Report abuse

Kindle Customer
5.0 out of 5 stars Lucy is a Heroine of the Ages
Reviewed in the United States on April 5, 2019
Verified Purchase
Writing pre-history takes creative imagination and technical aptitude, both of which make Lucy’s journey so intriguing. We oftentimes think of Homo Habilis as less than human because of their apelike physical features of both body and face. Science tells us what the world might have been like 1.8 million years ago, but the author illuminates this volatile world while providing wonderfully human faces to Lucy and her group.

This book describes the gritty, realistic details of early man’s social culture and daily livelihood. Jacqui Murray's descriptive settings will transport you to prehistoric East Africa where you can almost feel the intense heat and walk the rugged terrain. Her characters are interesting and believable, with hearts and souls bent on survival and curiosity.

That Lucy has the capacity to learn and understand her environment, as well as to befriend an orphaned hominid child and injured proto-canine, speaks to the humanity in all of us and our innate need for love and acceptance.
Read more
2 people found this helpful
Helpful
Comment Report abuse

I enjoyed this, and it's arguably Jacqui Murray’s best work to date, at least in my humble opinion (though I haven’t read her latest novel yet, Survival of the Fittest, which I see is also starting to get great reviews).

Born in a Treacherous Time works as a slice of early hominin life. The details appear to be well researched, so I got a solid idea of what life might have been like 3.2 million years ago. It’s brutal and bloody in places, damn right heartbreaking in others. Recommended.
Read more
3 people found this helpful
Helpful
Comment Report abuse
See all reviews from the United States

Carol Balawyder
5.0 out of 5 stars A testament to the greatness and dominance of man against nature
Reviewed in Canada on July 5, 2018
Verified Purchase
Jacqui Murray took twenty years to write Born in A Treacherous Time. One might think that’s a long time but then the setting of her novel goes back 1.8 million years. Drawing from insights from various fields in paleo sciences and history the novel takes us into what it must have been like to survive in this period in the hot, dry savannas of East Africa.
Lucy, (whom you may remember from the ancient female who mentored the female protagonist in To Hunt a Sub.) shows both ape like and human traits. She exhibits empathy, kinship, responsibility, inquisitiveness and tenderness. In her longing to belong Lucy into a new group Lucy confronts jealousy by the female members who disapprove of her going out to hunt. (Not a female thing to do). With her skills at hunting,

The hunt plays a major role in this novel where Lucy sometimes stalked by predators, sometimes herself the predator encounters life and death situations. Murray excels at describing the different hunts and the rituals attached to it. You are right there in the jungle following Lucy in her will to survive. Right there with her in the climatic changes. You are running alongside her and admire her creativity and passion to solve problems and invent tools. Admire her knowledge of plants and their healing properties.

We are far away from online shopping, mega grocery stores, walking on the moon, finding cures for AIDS and build cities and thirty stories high buildings.
Born in a Treacherous Time is a testament to the greatness and dominance of man against nature. This is a novel which filled me with gratitude and respect for my ancestors and their resilience.
Carol Balawyder
Read more
Helpful
Sending feedback...
Thank you for your feedback.
Sorry, we failed to record your vote. Please try again
Report abuse

Cheryl R Cowtan
5.0 out of 5 stars Fabulous believable story of Lucy
Reviewed in Canada on August 17, 2019
Verified Purchase
Riveting account of Lucy's life during a time when the world's unstable crust, predation of animals and other humanoids, and injury decreased chances for survival. I especially loved the use of sign and verbal language between Lucy's people and the imagery of and connections to Nature. A fan of Edgar Rice Burroughs and Jean Auel, I'm happy to say, I've found a new author to follow.
Read more
Helpful
Sending feedback...
Thank you for your feedback.
Sorry, we failed to record your vote. Please try again
Report abuse

June Hruby
3.0 out of 5 stars Decent read
Reviewed in Canada on February 21, 2020
Verified Purchase
It was a good story, and was decently written. Interesting.
Read more
Helpful
Sending feedback...
Thank you for your feedback.
Sorry, we failed to record your vote. Please try again
Report abuse