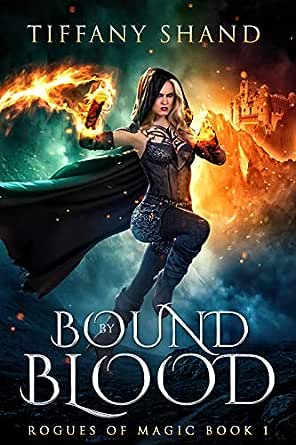 You've subscribed to Rogues of Magic Series! We will preorder your items within 24 hours of when they become available. When new books are released, we'll charge your default payment method for the lowest price available during the pre-order period.
Update your device or payment method, cancel individual pre-orders or your subscription at
Your Memberships & Subscriptions
There was an error. We were unable to process your subscription due to an error. Please refresh and try again. 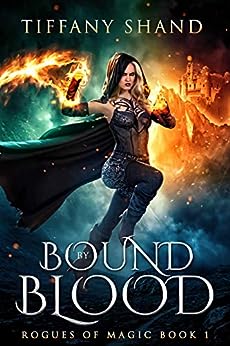 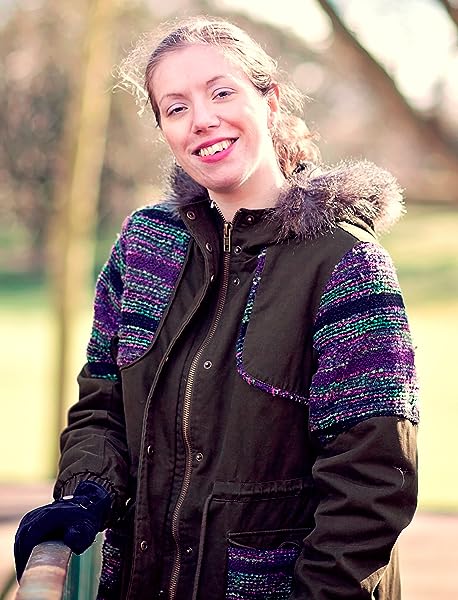 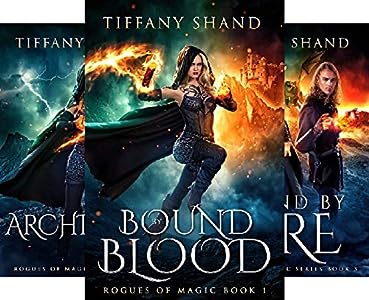 4.4 out of 5 stars
4.4 out of 5
90 global ratings
How are ratings calculated?
To calculate the overall star rating and percentage breakdown by star, we don’t use a simple average. Instead, our system considers things like how recent a review is and if the reviewer bought the item on Amazon. It also analyzes reviews to verify trustworthiness.
Top reviews

Stephan Peters
4.0 out of 5 stars Technology is gone, Magic is back.
Reviewed in the United States on February 25, 2020
Verified Purchase
I don't read a lot of this type of book, I call them D&D/Pathfinder fiction. I enjoy these sometimes.
I found this one really decent.

An unlikely party sets out on a quest for both revenge and to free the oppressed, in a world where magic just is. The characters in the party all have their own unique internal struggles, some that can be helped, and some not.
It really comes together at the end of the book - the big power struggle between good and evil, and not-so-good and not-so-evil.

This is a good subway-tube-on-the-way-to-work read. It's quick, not too intense, and very easy to follow.

Oh, this may sound weird to mention this, but the grammar and punctuation is EXCELLENT! There's no strange commas or semicolons to pull you out of the book and say to yourself: "Does this author even know what an em-dash is?" I'm mentioning that because that problem kills a lot of self-published books for me. In the "about the author," I found she was a copy-editor. It shows.

I got the book was interested in in this take on the name "Orla," which can be a queen or enchantress from Celtic history and mythology. She's really evil in this story.

The author sent it to me without charge as an advance reader copy.

It is NOT stand-alone. If you really end up liking it, you'll need to get book 2.
Read more
One person found this helpful
Helpful
Comment Report abuse

Shayay19
5.0 out of 5 stars Magic and adventure!
Reviewed in the United States on September 1, 2020
Verified Purchase
Fun magical adventure! Ann is strong and has some really cool magical powers; she’s a druid. She does have a couple bratty, rude moments, and she’s a little cold, but I still liked her. Lots of interesting elements and world building.

Ann’s father was the Archdruid; he slept around and was selfish in his quest for power. One of his mistresses and the son she has with Ann’s father, Urien, killed Ann’s parents and framed Ann for the murders. Ann’s father did some magical craziness, and Ann ended up trapping her evil half brother somewhere. Now, the mistress is out to kill Ann and her brother Xander, and find out what Ann did to Urien, so Ann is on the run until she can prove her innocence and take down the evil.

Along for the ride is her brother, Xander, and her best friend and protector, Ed. There a little pinch of romance, but both Ed and Ann withhold their feelings. They are feeling deeper feelings for each other, but both are scared to change their friendship. Loved how much they support each other, and how close they are. They have a sweet connection. Ed is wonderful! Ed ends up getting taken prisoner and ends up having a dangerous shifter side; he’s also having issues with his memories. The team is on the hunt to find out how to stop this powerful evil. Lots of action and intrigue! An entertaining read!
Read more
Helpful
Comment Report abuse

Dagnbit
3.0 out of 5 stars OUCH! This book was confusing
Reviewed in the United States on February 20, 2020
Verified Purchase
Great plot and world building, but it really needed better proof reading. In one paragraph a Gliss with long dark hair and blue eyes walked in the room to torture Ed. Then two paragraphs later, the same info was given just reworded to add a long brown leather garment. At one point Anna was in the pool during the ritual, next paragraph down she couldn't get in the pool, as if she had never been in it. When the castle was attacked and she tried to defend her father she threw a fireball, later her father does not die from wounds given by Darius, but from burns. ACK! It reads as if Ed doesn't know about the Druids island held by Sage. Then suddenly he's crafting a reed boat and it was the only childhood home he knew. Were there two people writing this book? The second book has errors but they are not anything like this.
Read more
One person found this helpful
Helpful
Comment Report abuse

AngieB
5.0 out of 5 stars Enter these pages at your own risk!
Reviewed in the United States on July 24, 2020
Verified Purchase
You’ll be up all night reading this first book in the series, so make sure you have enough weekend time with plenty of your favorite munchies and drink at the ready! You will enter a stunning world full of magic and incredible power, with Rhiannon and her allies at the center of mortal danger. It’s good vs. evil on a global scale…yet all of the actors in this “play” are shades of grey. There’s a bit of saving, tragedy, nasty fighting, loyalty, betrayal, potential romance, and an exquisitely poisonous Queen hellbent on increasing her stranglehold of Almara…and not in that order. Frankly, I would love to be a Druid!
Read more
Helpful
Comment Report abuse

Kerry H
1.0 out of 5 stars Super convenient
Reviewed in the United States on April 24, 2020
Verified Purchase
Needs a lot of work.
Jumps all over the place, with a very, very forced plot. Connections are created right as they're needed, instead of well before hand so they'd flow naturally. This was incredibly disjointed instead.
Rather repetitive with the action scenes that unfolded with little sense.
The only real interesting character was Edward, but even then, I really had to think hard to remember his name.
Read more
One person found this helpful
Helpful
Comment Report abuse

Tamara
4.0 out of 5 stars Wait, she and her brothers can't died? Why?
Reviewed in the United States on March 1, 2020
Verified Purchase
I recieved an ARC and am voluntarily reviewing it.

I liked this one a lot. After her parents are killed, Rhiannon and her younger brother are on the run and helping the resistance fight against Orla. Rhiannon is trying to prove she didn't kill her parents and take her rightful place back.

In this adventure her best friend and protector is going thru a change and he thinks it had to be something Orla did to him, but others seem to think it is something that just happened to awaken in him.

I would like to read the next one when I get the time.
Read more
Helpful
Comment Report abuse

Steve
5.0 out of 5 stars books 1-3 in this series
Reviewed in the United States on June 12, 2020
Verified Purchase
Absolutely Loved this series so far ..I am an Honest ARC Reviewer and can't say enough about these 3 books in this series, I read the 1st book separately ,and thought it was great ,but now all 3 together really slams the book on Fantasy , Magic, Dragons , Druids, Lycan ,fae...and more all rolled into One. I hope to be able to review any more that might be forthcoming.
Read more
Helpful
Comment Report abuse

Randie hill
5.0 out of 5 stars Quick must read!
Reviewed in the United States on February 19, 2020
Verified Purchase
The book was slow to peak my interest. Once it did, I’ve gone on to purchase more of the series. It left me needing to know more! You will become immersed in the world of Rhiannon!
I originally received this as an Arc in exchange for an honest voluntary review.
Read more
One person found this helpful
Helpful
Comment Report abuse
See all reviews

Kay Smillie
4.0 out of 5 stars Excellent Start
Reviewed in the United Kingdom on September 15, 2019
Verified Purchase
Bit of a slow start, however, it soon picks up the pace. This is a well-written, and powerfully entertaining story with believable characters. The world-building is well put-together and imaginative.

I chose this book from a larger selection, then voluntarily read and honestly reviewed it. All opinions are my own.
Read more
Report abuse

AA Lee
4.0 out of 5 stars Thrilling
Reviewed in Canada on July 21, 2020
Verified Purchase
The suspense is intense, the action thrilling, the intrigue is byzantine. This novel keeps the reader of the edge of one's chair, waiting for the next revelation. The part that bothers me is that the characters feel a bit immature for their roles. Ann, for instance, seems amazingly heedless and headstrong and impulsive for someone who has acted as a guerrilla leader for 5 years. Why is it taking her so long to stop jumping into action without planning?

I received an ARC from the author and I am voluntarily leaving a review.
Read more
Report abuse
See all reviews