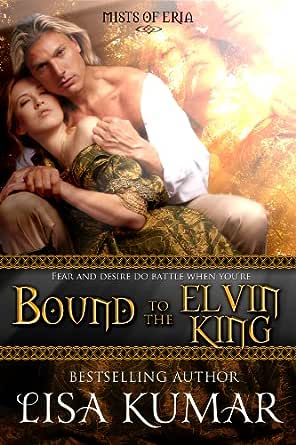 You've subscribed to Mists of Eria! We will preorder your items within 24 hours of when they become available. When new books are released, we'll charge your default payment method for the lowest price available during the pre-order period.
Update your device or payment method, cancel individual pre-orders or your subscription at
Your Memberships & Subscriptions
There was an error. We were unable to process your subscription due to an error. Please refresh and try again. 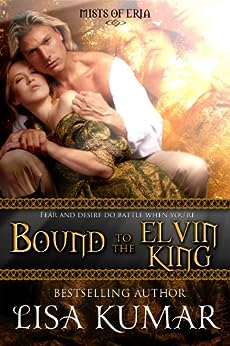 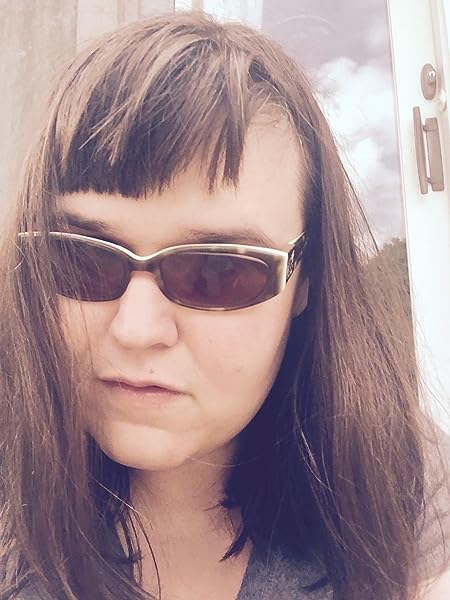 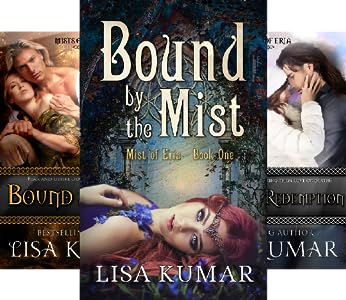 4.1 out of 5 stars
4.1 out of 5
23 customer ratings
How does Amazon calculate star ratings?
Amazon calculates a product’s star ratings based on a machine learned model instead of a raw data average. The model takes into account factors including the age of a rating, whether the ratings are from verified purchasers, and factors that establish reviewer trustworthiness.
Top reviews

Kindle User19
5.0 out of 5 stars This was a really good book!
Reviewed in the United States on October 24, 2017
Verified Purchase
I couldn't put this book down I started it today I finished it this evening it's almost midnight. I read this book through and through sometimes I skip no skipping this time I didn't skip over any of the love scenes either. Which I sometimes do when they get too explicit it had the snarkiness between the couple that I love and had a serious plot and had interesting characters that I really want to see another books I'm anxious to go back and read the first book and then read the third book I won't give any spoilers just give this book a chance some of the reviews are less than positive. I didn't let it convinced me I read the sample they pulled me in I bought the book and I've just bought the other two. I want to see more about this book but I don't really want to give away spoilers let's just a sore really sweet romantic story I want to get some more backstory on the darkindred. All these elves are too sexy for words.
Read more
Helpful
Comment Report abuse

Ludmilla
4.0 out of 5 stars Great read! And even Better than book 1!
Reviewed in the United States on August 26, 2017
Verified Purchase
I LOVED this book.
Actually, the first one was not one of my best reads (despite it being good!) because I found the characters empty and a little boring, and the only reason I bought this book is because I was enchanted by the king himself who seemed sassy and just great. I was not disappointed. The story in itself is not AMAZING, but the relationship between the two is really cute and it makes a great read.
Very much enjoyed this book and I recommend it to anyone who enjoyed romance and sexy elves!
Read more
Helpful
Comment Report abuse

moona
4.0 out of 5 stars WOW
Reviewed in the United States on March 22, 2014
Verified Purchase
Yay I'm the first for to write a review.. anyway I loved it.. waited for more than a year for it.. I've asked the author more than once when it will be released. And now I'm hoping there will be another one... the author did hinted a third book in the epilogue... I hated that character and was hoping that was the kind of punishment they would get for treason... now I won't be able to rest until I read the next one.. hope I didn't spoil too much..

I just wanted to add that the reason why I gave it a 4 star is because I just wish that there was more of a cat and mouse chase between these two.. I also wanted to learn more of Talions past and how he felt about it..
Read more
4 people found this helpful
Helpful
Comment Report abuse

Marian
2.0 out of 5 stars Skipped over a lot of it
Reviewed in the United States on September 6, 2016
Verified Purchase
I looked forward to this book, but found myself skipping through major portions of it. The heroine was abrasive, and the hero pretty forgettable for an Elfin king. Also the magical device forcing the marriage kind of skipped over any budding interest or affection between the two lovers. Sorry, it did not hold my interest.
Read more
Helpful
Comment Report abuse

wincaro
5.0 out of 5 stars If only
Reviewed in the United States on August 7, 2016
Verified Purchase
I enjoyed the book very much. If only there was fae, or maybe there is, I believe it would be great fun. I always believed that it could be true, but maybe that's the Irish in me. I think you would enjoy this book and the others in the series. Try it!!
Read more
Helpful
Comment Report abuse

Mags M.
2.0 out of 5 stars Unlikeable Heroine Steals the Story
Reviewed in the United States on April 23, 2014
Verified Purchase
Maggie's stubbornness, disrespectful attitude and plain childishness got to be too much for me. While I'm all for some great banter and initial resistance to a "forced" situation, her constant disrespect, denial and inability to even be rational at most times grated on my nerves. I was looking forward to her and Talion's struggle, but found that their back and forth wore me down much too early in the story.

Maggie holds herself back from their relationship due to events in her past, which is completely reasonable at first. But her constant fighting and some quite childish temper tantrums made it unbelievable that anyone would want to stick by her, bond or not. It was difficult to believe she was supposed to be in her 20s and not a teenager. She's so self-absorbed she doesn't even stop to question how her actions affect Talion. Simply talking to him about so many things would've alleviated half the darn book! Heaven forbid her character actually act like a mature woman instead of jumping to anger and conclusions. While I can't fault only her, as Talion's own closed lips didn't help, she was by far the worst offender. Even when she managed to draw similarities between their reasons for secrets she always justified her actions with weak excuses; making her seem unable to account for her own faults.

Right along with her stubbornness is her constant ignoring of danger to herself. She doesn't seem to concern herself with the possibility of danger hanging over her head despite being a victim of an attack early on. She just goes along her merry way without second thoughts to political plots or unsavory characters, which is ridiculous. You'd think one would have a better sense of self-preservation during times of turmoil. Instead she acts oblivious and like it's a hindrance to her independence the entire time, focusing all her thoughts on how she's so resistant to her new situation. Rather than maturely figuring out how to work things to her advantage she pouts, whines and storms off to no avail. A lot of that is done in her internal dialogue and really wore me down as a reader. As a character, she really made me dislike her and wonder what the author was thinking. Some of Maggie's traits may have been fine in smaller doses and with maturity mixed in, but with how inundated each page was with her immature nature any likeability was lost.

Despite looking forward to this book I found myself checking my progress more often than not, wondering how much longer I'd have to put up with Maggie. The book felt abnormally long and I came extremely close to just throwing in the towel a few times, but I made it through in the hope of some type of redeeming scene for her, making this book worth the effort. I didn't fully find that at the end unfortunately, but there was enough to close out their story. Hopefully her next book in this series won't feature such childish and non-developing characters.
Read more
10 people found this helpful
Helpful
Comment Report abuse

sophie
5.0 out of 5 stars Love!!
Reviewed in the United States on April 14, 2014
Verified Purchase
I have been waiting for this book for forever! I was soooo not disappointed. I loved Maggie and Talion! What a whirlwind. Can you please hurry up with the next book?? :)
Read more
One person found this helpful
Helpful
Comment Report abuse
See all reviews from the United States