<![endif]--> Skip to main content
Share
Flip to back Flip to front
Listen Playing... Paused   You're listening to a sample of the Audible audio edition.
Learn more
See all 3 images 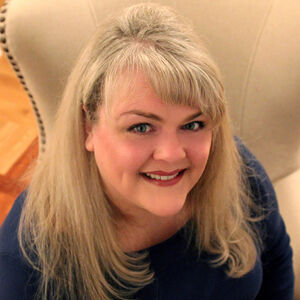 4.6 out of 5 stars
4.6 out of 5
196 customer ratings
How does Amazon calculate star ratings?
Amazon calculates a product’s star ratings based on a machine learned model instead of a raw data average. The model takes into account factors including the age of a rating, whether the ratings are from verified purchasers, and factors that establish reviewer trustworthiness.
Top Reviews

a.f.
5.0 out of 5 stars Sweet, Sexy, Story!
Reviewed in the United States on June 1, 2017
Verified Purchase
Rant Ahead! I am absolutely confused by the reviews of this book. I'm not sure those who left some of the reviews read the same book I read. Does TJJ use innuendo? Yes. Does she use a stray curse word here and there? Yes. Is this book full of explicit sex scenes and trash talk? Absolutely NOT! Otherwise, my husband would NOT have read it. We both have loved EVERY SINGLE book in this series. I am totally confused by those who left bad reviews. I understand if you're not into the story line or the immortal viking stuff, but to say this book is full of trash is crazy to me. I love TJJ and everything she writes. I will continue to support her in any way I can!

Now to my review of Pepper and Con's story. I already loved these characters from the first book. Pepper is the ride or die best friend to Sam, Con's Sister-In-Law. Danger, plot twists, mushy love, and sweet Jonesy make this book so special. Con reminds me of my husband. He is sweet, fiercely protective, and HOT! I look forward to anything Mrs. Jackson publishes in the future. Thank you for sharing your talent with us, TJJ!
Read more
Helpful
Comment Report abuse

clahain
4.0 out of 5 stars Worth Losing Sleep Over!
Reviewed in the United States on July 27, 2013
Verified Purchase
I read this second installment of Tracey Jane Jackson's Cauld Ane series straight through and right after finishing the first book--BOUND BY BLOOD. While I was fading fast (talk about a reading hangover!) by the end, BOUND BY FIRE carried me through to the very last page. Animal lover Pepper Brooks is an engaging and appealing character. She combines touching vulnerability with strong conviction. Connall Gunnach, her fated lover, is so far the most fully realized of Jackson's unique trio of Scottish-Icelandic brothers. As compassionate and insightful as he is, he truly struggles to understand Pepper. And until he understands her, he cannot adequately protect her against a clever and dangerous enemy.

Because the pair falls for each other at the start of the book, the conflict and communication issues between them are essential in maintaining the romantic tension over the course of a plot that takes some ambitious turns. Jackson does a great job hiding the true identity of Pepper's tormentor while at the same time offering subtle hints that all is not what we might think. By the time the truth is revealed, the reader is strung as tightly as a piano wire.

As the second book in a series, some repetition is inevitable as new readers are given essential information about the nature of the Cauld Ane and the fate of their human mates. I think Jackson could have cut the review by about 30% and been fine. Also, her decisions regarding Pepper's dog at the very beginning of the book lacked a certain subtly. It is typical "bad guy" behavior, yet this stalker is anything but typical in how he operates--through fear, misdirection and the UNEXPECTED. As with BOUND BY BLOOD, the descriptions of both Georgia and Scotland could have been sharper. However, the passages about Connall's country house and cottage seemed to interrupt the action and, in the end, still left me unable to actually visualize the place.

Still, I'm glad to have lost sleep to BOUND BY FIRE. It is entertaining and exciting. I can't wait for the release of the next Cauld Ane book.
Read more
Helpful
Comment Report abuse

chantol aspinall
3.0 out of 5 stars I tell you the love between Persephone and Connall took off like the speed ...
Reviewed in the United States on November 20, 2015
Verified Purchase
View the original review over at http://www.chantolaspinall.com
In the words of Persephone Ester Gunnach herself, “It’s just all happened so fast.”
You darn right Pepper. I’ve never in my life seen romance build in such a hurry. I tell you the love between Persephone and Connall took off like the speed of light. Which means that 299792458 meters per second equals a week. According to Claud Ane maths. If we want to get a tad scientific.
I’m ready to spill some hella hot tea. If you read Bound by Blood, which is the starter of this series. You’d know who Pepper and Con are. If you haven’t read it as yet I’ll enlighten you….a bit. Persephone aka Pepper is Samantha Moore’s horse loving, childhood friend. Yes, the same Samantha who is now married to Kade Gunnach. The king/ leader of the Claud Ane clan. Who turns out to be the brother of the vet doctor, Connall Gunnach. Stay with me here. This is some deep stuff.
Binding, mating and conversion (for humans) aren’t anything new in the world of the ‘cold ones’, the Anes. But to most humans, these concepts are foreign. Samantha didn’t mention the whole truth to Pepper. So she really was in the dark until she started hearing voices in her head. No, the child isn’t going mad. Despite the fact that she has a stalker on her hand. However, she is pretty much sane. The voices she has been hearing in her times of distress is the soothing voice of her mate. You wanna take a guess who he is? Ding Ding. He’s Connall Gunnach.
They are brought together due to Samantha and Kade’s wedding. In the span of one week. I kid you not. They identified that they were indeed mates. Destined to be together forever. Roll out the fairy tale red carpet. I wasn’t surprised by this fact. Expected. There’s more. During that same week they were bound. Became husband and wife according to the culture of the Anes and moved in together. Talk about an eventful week.
I hate it that ‘I love yous’ were being thrown around like nobody’s business within just about three days of Pepper and Conn meeting each other. If the fact that they could communicate telepathically didn’t send her running. Surely the fact that he was a six hundred and some year old, semi-immortal being should have. But, just like her brave friend Sam she stuck it out. The sweet believability of fiction!
Aside from that, I must admit that Ms. Jackson knows how to tell a story. I may not have agreed with the romance timeline. Yet, I found myself loving the characters and their interactions. That’s what kept me turning the digital pages of this novel.
Get caught up into the Gunnach’s love fest. Surprises are waiting to throw you off balance. Happy Reading!
-Chantol Aspinall
Read more
Helpful
Comment Report abuse

PSM
3.0 out of 5 stars Methinks the lady doth protest TOO much
Reviewed in the United States on February 4, 2014
Verified Purchase
Simply put, I found the heroine of this entry in the series to be tiresome. Why? Because she was ALWAYS getting irked over every little thing her hero did in regards to touch, money, and where they would reside. I have rarely read a book where I wished the heroine was a real person so I could slap her. This is one. I skimmed quite a bit because her dialogue got so boring with her complaints and contrariness over other people simply wanting to help support her emotionally. Other than that, I really like the new "take" on a group of people who are not what they seem at first. The world-building is exceptionally good.....I just really did not like the heroine of this book in the series. A woman can be strong and independent without being a b*tch about it. She's supposed to be 25 years old, but acts like a cranky teenager.
Read more
One person found this helpful
Helpful
Comment Report abuse
See all reviews from the United States

TinaT
5.0 out of 5 stars Great paranormal story
Reviewed in the United Kingdom on April 6, 2015
Verified Purchase
OMG. I'm loving this series so far, the second book is the story of Pepper and Connall, but the best part of the series is that all the characters have a part in each book even though they concentrate on specific characters. The story is good, the plot is great, the love story is sweet and there's plenty of angst. Would recommend.
Read more
Helpful
Sending feedback...
Thank you for your feedback.
Sorry, we failed to record your vote. Please try again
Report abuse

Stacy
4.0 out of 5 stars Good
Reviewed in the United Kingdom on June 6, 2017
Verified Purchase
Very good plot that keeps you wondering what's coming next, starting to really enjoy all the characters in this series.
Read more
Helpful
Sending feedback...
Thank you for your feedback.
Sorry, we failed to record your vote. Please try again
Report abuse

Diz
5.0 out of 5 stars Another one to love
Reviewed in the United Kingdom on August 10, 2013
Verified Purchase
As good as the first which usually doesn't happen

As this is a series I am hoping there will be another one
Read more
Helpful
Sending feedback...
Thank you for your feedback.
Sorry, we failed to record your vote. Please try again
Report abuse

Deborah Cohen
5.0 out of 5 stars Fabulous
Reviewed in Australia on September 13, 2014
Verified Purchase
Pepper and Connell journey together faces different challenges to their friends Samantha and Kade. Great read wonderful to see the characters continue to develop.

This is the second book in this series. While it could be read as a stand alone novel , treading them in order reveals more details.
Read more
Helpful
Sending feedback...
Thank you for your feedback.
Sorry, we failed to record your vote. Please try again
Report abuse