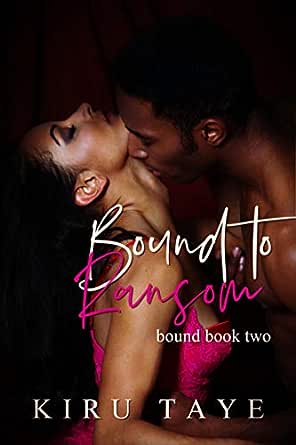 You've subscribed to Bound Series! We will preorder your items within 24 hours of when they become available. When new books are released, we'll charge your default payment method for the lowest price available during the pre-order period.
Update your device or payment method, cancel individual pre-orders or your subscription at
Your Memberships & Subscriptions
There was an error. We were unable to process your subscription due to an error. Please refresh and try again. 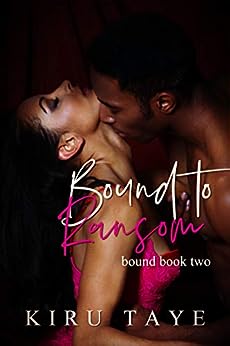 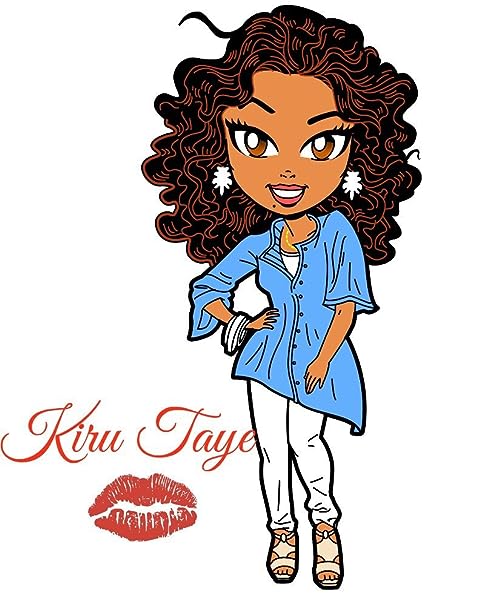 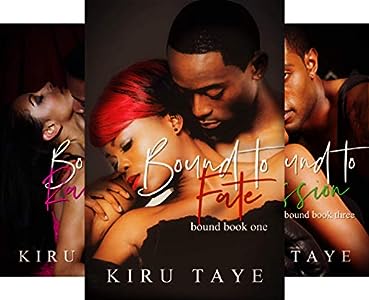 Araba
5.0 out of 5 stars Wonderful
Reviewed in the United States on April 23, 2016
Verified Purchase
This may be one of the best Kiru Taye books I’ve ever read. It had everything a romance should. A heroine who learns her lesson and changes after making lots of mistakes and going through (and giving) a bit of hell, the most forgiving (and sexy) hero in the world, and enough drama to keep those ebook pages turning so fast you don’t realize how quickly the book went by.

I did not like Gloria in book one. The woman was manipulative, mean and spoiled. A true villain. So I was wary when I read that she would be the heroine in Book 2 of the series. I love Ms. Taye’s work so I decided to give Gloria a chance. Of course the author did not disappoint. I still detested Gloria in the beginning of the book because of what she’d done, but as the story unfolded I warmed up to her. When she morphed into a different (better) person, only still her, she had me in her corner.

The hero, Henry, surprised me with his rather kinky ways. I wouldn’t have guessed it of him in Book 1. If you’re looking for a sweet read, this is not it. This book is jalapeno hot so beware.

What I liked most about the novel, other than the longstanding love Henry held for Gloria, was how Ms. Taye was able to keep me off balance with the twists and was able to delve deeper into the lives of the characters.
Read more
2 people found this helpful
Helpful
Report abuse

Jacqueline Paynes
5.0 out of 5 stars Loved, Loved...
Reviewed in the United States on March 24, 2016
Verified Purchase
I loved this book. There were some tense moments, and it kept me on the edge of my seat. When I started the book, I thought I knew what was going on, since I had read the book before it and knew some of the characters, but I was so wrong. This book was not predictable to me at all, I am looking forward to the next book in the series. This is a excellent read.
Read more
One person found this helpful
Helpful
Report abuse

l w
4.0 out of 5 stars Change
Reviewed in the United States on May 31, 2016
Verified Purchase
A character you would love to hate makes a full turn. One will know her as a victim, who gets a taste of what she has twist on another victim in a previous book. I liked what the author interrupted with story line. Waiting on Mrs. Taye next works in the series.
Read more
Helpful
Report abuse

Bre
5.0 out of 5 stars Awesome
Reviewed in the United States on May 25, 2018
Verified Purchase
This has been my favorite book by this author. Loved this book and was so excited by the entire book
Read more
Helpful
Report abuse

Amazon Customer
5.0 out of 5 stars This was my exhale!!!
Reviewed in the United States on February 2, 2017
Verified Purchase
Wow!! I am lost for words. I absolutely think Bound To Ransom was the best out all of Kiru Taye books that I read so far. All of her books are filled with seduction, passion and romance. This book is the true meaning of a love story.
Read more
Helpful
Report abuse

Adwoa
4.0 out of 5 stars Well-written, good mix of modern and traditional African
Reviewed in the United States on February 20, 2018
Bound to Ransom is a Taming-of-the-shrew themed story that starts off way outside my comfort zone. Fuelled by unrequited love and a desire for revenge, Henry purchases Gloria in a bid to humiliate her as she had done to him in the past. This starts off with Henry asserting his dominance through sex play (remember what I said about my comfort zone?).

The story is well written, full of tension and passion. Ms Taye's writing style is fluid as she wrings the last drop of emotion from her characters. There is a good mixture of modern and traditional African culture, which adds to the story's allure. I found the characters to be well-rounded and interesting although my favourite character was a secondary character (whom I was happy to note gets his own story soon).

There is a whole lot of character development particularly for Gloria, who starts out as a Class A bitch. We see her fall from her high horse and learn many lessons in humility as the story progresses. As much as she has grown, I also couldn't shake the sense that the transition had left her broken. Sadly, I couldn't relate to her - neither to her bitchy self nor her humble self at the end.

Henry is relentless and a whole lotta sexy. As the story progresses you see exactly where he is coming from and why he took the actions he took. At the end of the story, I am sold on the fact that Henry loves Gloria. He proves himself to be honorable where a lesser man would have rejected Gloria after everything life had put her through. Unfortunately, I still find myself unable to accept his initial humiliations meted on Gloria's person. He may have demonstrated his love, and he may have been shamed by some events in the book, but he still didn't suffer the kind of humiliation/punishment that would have made my satisfaction complete.
Read more
One person found this helpful
Helpful
Report abuse

Jennifer @ Battery Operated Book Blog
5.0 out of 5 stars A masterfully written, suspense filled romance, definitely worth the read!
Reviewed in the United States on May 2, 2016
What. A. Ride! This whole novel was a rush from start to finish. Kiru Taye has done it again with another solid, suspenseful, masterfully written story. This time featuring Gloria Rawlins, who we loved to hate in Bound to Fate and Henry Coker, the best friend to Ike Thomas.

Gloria is a spoiled brat, enough said right? Well yeah, for most of her life that is exactly who she is, until her father sells her away in need of covering some bad press, bad business and she's his last bargaining chip. Henry is a savvy businessman. He knows exactly what he wants and he goes after it, guns blazing. Cock locked and ready to rock, and the one thing he's always had his sights on was the spoiled princess who looked down her nose at him when he wasn't worth what he is today and told him he'd never be able to have her.

Stripped bare, literally and forced to do things she's never dreamed of doing, Gloria has to make a choice. Survive and move forward or run away and ruin not only her own life but the life of the only other person she has left, her father. Can she put aside her narcissism long enough to find happiness before destroying those she loves?

As I said in my review for Bound to Fate, Kiru Taye is a master of her craft. This story was powerful. It brought me to my knees. I wanted so bad to see Gloria fall because that's what she deserved when we left Bound to Fate, but people deserve second chances and though she's been given many, her story is definitely worth diving into.

Henry is a masterfully written, dominant, Alpha, male. He's the king of his domain and when Gloria and Henry are together the sizzle is definitely coming off the pages. The heartache, the fury, the raw emotions written here are real and will tear you open. Read with a box of tissue. But, read none the less! I can't wait to see what this masterful storyteller has in store for us next time!

Amazon Customer
5.0 out of 5 stars Wow wow
Reviewed in the United Kingdom on September 9, 2016
Verified Purchase
Good book some bit was too raunchy for me but it was a good read and a good plot.