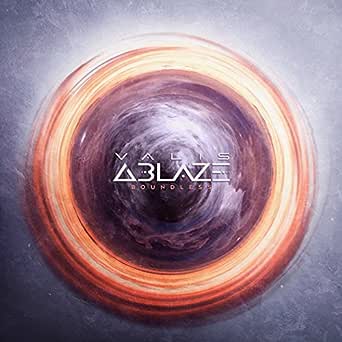 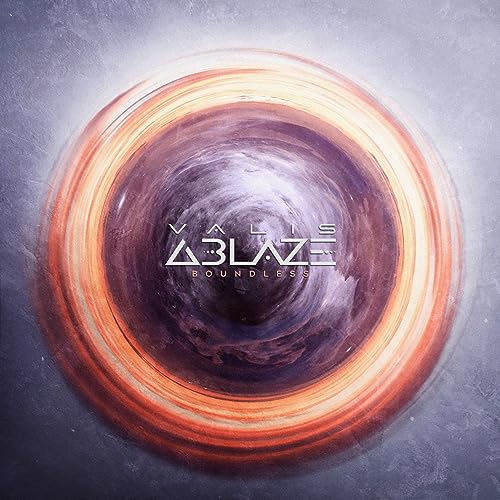 Valis Ablaze
4.6 out of 5 stars 7 ratings
See all 2 formats and editions Hide other formats and editions
Buy the CD album for $22.02 and get the MP3 version for FREE.&nbspCD album ships from and sold by Amazon.com. Terms and Conditions. Does not apply to gift orders. Complete your purchase of the CD album to save the MP3 version to your Music Library.

Listen Now
Buy MP3 Album $10.89
Your Amazon Music account is currently associated with a different marketplace. To enjoy Prime Music, go to Your Music Library and transfer your account to Amazon.com (US).

Michael Ebert
5.0 out of 5 stars Valis Ablaze - Boundless (2018)
Reviewed in the United States on June 20, 2018
Every so often a band releases an album that makes me temporarily forget about all other bands and albums.

That band right now for me is British progressive metal quintet Valis Ablaze and the album is their debut album Boundless, which was released this spring through Long Branch Records. In fact, it's hard to think of a progressive metal act that has released a better debut album in recent years – or, dare I say, a better album period. Yes, those are big words. But believe me, Boundless deserves them.

For starters, I should note that I'd never even heard of Valis Ablaze until a month or two ago when I read their album review in Prog magazine, which was positive but not overly glowing. The subheadline read: "Bristol prog metallers impress despite failing to break new ground." Still, the piece made me curious enough to punch up the album online and give it a listen. Needless to say, I immediately ordered it and haven't looked back. It actually has yet to leave my car stereo, and I even find myself frequently streaming the songs while at work. Basically, Boundless has been the only thing I've listened to for the past few weeks now.

From a sound perspective, Boundless reminded me of Valis Ablaze's fellow countrymen and progressive metal peers Tesseract, which isn't surprising since I read that Valis Ablaze once opened for Tesseract. Like djent-heavy Tesseract, Valis Ablaze seems to share a penchant for thunderous grooves and clean vocals with instrumentation so intricate and tight it left me mesmerized. For example, "The Crossing" and "Evade" – the latter of which is Boundless’ longest song at 6:23 – both begin with Tesseract-esque echoed guitar picking that evolves into explosive percussion and addictive riffing. Other killer tracks included the two singles, "Frequency" and "Paradox," which had me headbanging like my neck were on a big hinge, while deeper cuts like "Hex" and "Faster Than Light" prove the album has no weak spots.

But Boundless isn't just "balls and chunk," as legendary drummer Mike Portnoy would say. It also contains its share of softer moments, atmospheric sections and emotional melodies. The hypnotic opening song "Afterlight" features a delicate intro that quickly builds up into a full-band assault, while "Lumen" includes a piano sound that gave me a Dream Theater feel. For my fellow keyboard enthusiasts, there's some discreet key work for ambiance purposes peppered all throughout Boundless – including on the thought-provoking closer "Reflections," which is probably my favorite tune so far of 2018. And although the 11-track album doesn't contain any totally acoustic tunes, it does succeed in offering a nice balance of dynamics.

I also love Boundless' lyrics, which seem to outline a process of self-exploration in an effort to effect change in one's life. "Your time has come," Phil Owen sings in the opening verse. Later, during the final lines, Owen sings: "Soon I realized that my guide all along was inside; it was I..." I felt myself exploring the darkest caverns of my soul as I meticulously followed Owen's words. To be honest, I might even put his introspective lyrics in the same class as Fates Warning's A Pleasant Shade of Gray and Riverside's Second Life Syndrome albums.

Ironically, the last progressive metal release from a mostly unknown band to amaze me as much as Valis Ablaze's Boundless was probably Tesseract's Altered State album in 2013. My only hope is that Valis Ablaze can maintain their magic, which is something Tesseract has failed to do in my opinion – likely due to the departure of vocalist/lyricist Ashe O'Hara. Fingers crossed, because I really believe this Bristol-based band is destined for greatness.

Your time has come, Valis Ablaze.