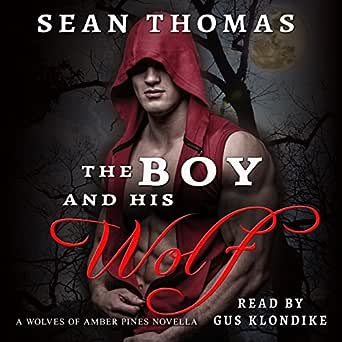 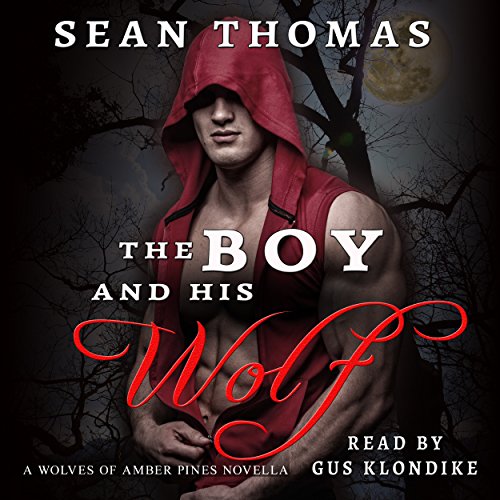 The Boy and His Wolf: The Wolves of Amber Pines, Book 1

Smitten with Reading
4.0 out of 5 stars A- rating...
Reviewed in the United States on October 7, 2014
Verified Purchase
My Review:
It's no secret that between my TBR pile and my review schedule that I'm certainly not lacking for reading material (and won't be for the next decade with just what I own right now). But when I saw that Sean Thomas had his debut release out (and it was something I could read pretty quickly) I slipped it to the very top of my TBR pile. Sean Thomas received the Librarian of the Year award at RWA and I'll admit when I sat in on a GLBT workshop and saw him in there, I hoped he was working on an m/m...and yes, he was!!

This is his first release...and all I can say is WOW! You would never guess this was a debut novel. It's short. I read it in about an hour and a half, but the story is not lacking in depth at all. In fact, Sean Thomas does a fantastic job of setting up the world and complex backstory effortlessly through the dialogue and actions of the MC's. And this is an all-new paranormal world.

Tanner is training to be a Hunter and hasn't been with his mate, Dash, in four years. Dash is a werewolf in a pack where the Alpha has just been murdered. That Alpha and the entire pack are Tanner's friends, even if he's lived separately from them for four years and isn't a werewolf himself. He feels the loss of the alpha and comes home to the Colorado mountains to help the pack.

This entire book is told from Tanner's POV, but I could immediately feel the connection between these two guys. The four years separation has been brutal on both of them and it certainly hasn't changed their love for one another.

This is a novella so there are a lot of questions still to be answered about this world. I want to definitely know more about the Hunters. This book touches on them and what they do, but it feels like there's more there.

There's a bit of intrigue to the story line...the Alpha was murdered. And while there is resolution in this story, it still seems to me that there could be more to that story line...there were a few hints that it isn't quite finished, but they weren't those deadly cliffhanger type of things which drive me crazy.

Regardless, there are a lot of packs in this area and it will be interesting to see how Sean Thomas molds the world. I'm excited for more.

Definitely a winning debut novel with just a few minor editing glitches, but the story was good enough that I could easily overlook those. I enjoyed both the MC's, Tanner and Dash, but definitely LOVED Tanner. Getting into his head was fun...he has a bit of snark that I liked.

I recommend this one for an easy, entertaining break to your day where you can find an all-new paranormal world...male shifters...yum!

AmyDenim
5.0 out of 5 stars Delicious
Reviewed in the United States on December 6, 2014
Verified Purchase
I read a lot of paranormal books, and sometimes the werewolf worlds all kind of blend together, but Mr. Thomas has such a great world and characters, that I wish I lived in Amber Pines so I could spy on all the hot goings on there. Tanner and Dash are so damn delicious.
I can't wait for the next book.
Read more
Helpful
Comment Report abuse

"The Boy and His Wolf" was a short and quick 2 hrs wolf shifter audio-novella as I really enjoyed. This was both heartbreaking romantic, bloody violent and really funny. - Narrated in an exemplary good way by Gus Klondike.

Big applause and high future expectations for more from me. I look forward to read, or listen to, the next book (not yet published) in this PNR series to be. ~ Nice, Sean Thomas!! Keep on writing.

Frederic Nash
4.0 out of 5 stars The Boy and His Wolf
Reviewed in the United States on October 7, 2014
The story was entertaining . I liked the characters. I thought the story could explain better why Tanner left and develop the stories of the other characters more. I will read book 2 of the story.
Read more
Helpful
Comment Report abuse
See all reviews