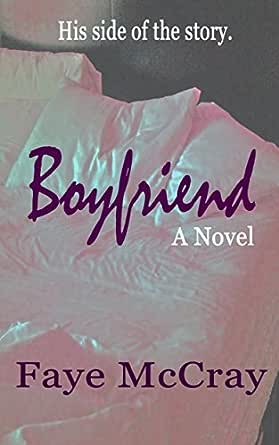 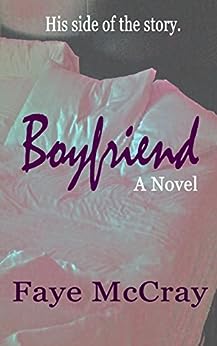 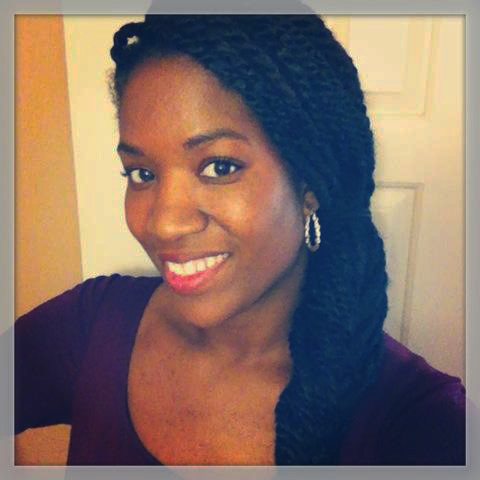 Faye McCray is the author of Dani’s Belts, a collection of short stories, and the soon to be released, Out of Mind, in the horror anthology, Anything But Zombies. She is also an essayist whose work is featured on a number of award winning websites including Madame Noire and For Harriet. Faye was born in New York City but currently resides in the D.C. Metropolitan area with her husband and sons. Faye is currently working on her second novel. For more info, visit www.fayemccray.com. --This text refers to the paperback edition.

4.6 out of 5 stars
4.6 out of 5
8 customer ratings
How does Amazon calculate star ratings?
Amazon calculates a product’s star ratings based on a machine learned model instead of a raw data average. The model takes into account factors including the age of a rating, whether the ratings are from verified purchasers, and factors that establish reviewer trustworthiness.
Top reviews

Ros B
5.0 out of 5 stars Nate, Nate, Nate...
Reviewed in the United States on March 28, 2015
Verified Purchase
I love Nate. I hate him. Love him again... I've never had higher hopes for a douche bag, but luckily he doesn't stay that way. I won't give away the ending, but this story doesn't disappoint. Great character study of a young man and why he makes the choices he does. Would love to hear more about him and what happens next in his life.
Read more
3 people found this helpful
Helpful
Comment Report abuse

DMO
5.0 out of 5 stars Good read!
Reviewed in the United States on April 15, 2015
Verified Purchase
This was a really good read. Definitely a page turner that keeps you engaged from start to finish. Well done.
Read more
One person found this helpful
Helpful
Comment Report abuse

KimGM
4.0 out of 5 stars A story about complicated relationships and choices
Reviewed in the United States on September 7, 2015
I always like when I get to delve into the mind of a male character, especially when it's a story about relationships. Boyfriend by Faye McCray gives you that opportunity. Nate wants to reinvent himself. He wants to put his difficult past behind him and thinks his relationship with Kerry, who comes from a very privileged background, will help him escape his past. Like so many social chameleons, he begins to believe in the version of himself he has created. But then he meets Kerry's best friend, Jayna, and suddenly Nate cannot hide behind his carefully constructed facade. She sees through it and him better than anyone else, and it's not long before Nate finds himself unable to resist being drawn to her free spirit.

Boyfriend is an interesting story of love and identity. Though I felt the beginning was slow going, the story soon picked up and I was able to empathise with Nate, even as he behaves badly. There were times when I wanted to scream at him (and Jayna) but that is always a good sign for me--it means the author has succeeded in getting me to feel something for her characters. Boyfriend is not an easy story--if you don't like stories about cheating, then this probably isn't the story for you. But if you like stories about complicated relationships and what can be the impetus to someone thinking they want one person while longing for another, then you should definitely give Boyfriend a try.

While I enjoyed reading Boyfriend, I felt like it ended a little too abruptly. It would be interesting to revisit the characters and find out if Nate's decisions lead him to becoming the person he thinks he wants to be.

**NOTE: I received an ARC of Boyfriend from the author in exchange for a fair and honest review.**
Read more
One person found this helpful
Helpful
Comment Report abuse

serita hernandez
5.0 out of 5 stars Boyfriend
Reviewed in the United States on April 26, 2015
My, my, my....I stayed up until 2am to finish this book, couldn't put it down!
Where do I began? Well, Nate had me yelling out loud many times. Why he kept making the decisions he did just amazed me. My heart broke for Kerry and Allison. Kerry's "best friend" well she didn't deserve that title. As much as I want to believe Nate changed, I'm not convinced. I would love to read a follow up about Nate and how things turned out. (Hint, hint).
Definitely recommend this book.
Read more
Helpful
Comment Report abuse

Amazon Customer
5.0 out of 5 stars Surprising gem
Reviewed in the United States on April 13, 2015
This was a surprisingly good read. I've never read this author before but I really enjoyed this book. The characters were very true and real to life. The main character was a flawed character and the ending well I'll just let you make that for yourself. This was not an interracial novel for those who are looking for that kind of read.
Read more
Helpful
Comment Report abuse
See all reviews from the United States