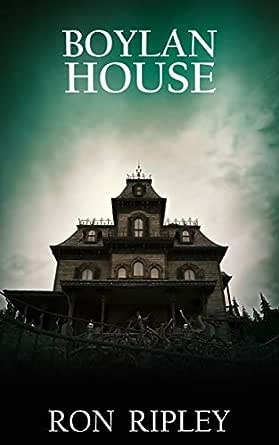 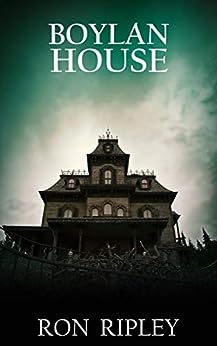 "I love watching horror movies but I did not expect that reading can be more scary than watching!" - Wilma R.
"NOT expecting that!" - JF
"Great Read! Stephen King look out!" - Linda P.
"Loved this story!" - Stacey B.
"I couldn't put it down!" - Heaven R.
"Very creepy villain...I couldn't wait to see what it was after the ending in book one...Loved it!" - Jess G.
"The pace is very well maintained throughout and the suspenseful buildup was very well done!" - Phoenix
"Full of surprises.  Loved it!" - Patty
"I enjoyed it very much. It is gory, and disturbing, but it is also a fresh twist on the haunted house and people disappearing in the vicinity. The characters were well written, and the pacing was quick" - Carolyn E.
"Creative and well written. The flow and authors style gave me a vivid image of all main characters and kept me engulfed in the story, so much that closing the book to continue the next day was a disappointment." - Reader
"Favorite trilogy ever!!! Make this into a movie. Amazing!!!" - Megan R.
"Don't miss this one!!! Creepy, scary and just a great story line. Absolutely loved the characters. Kept me hooked till the end.  WOW! - Mac

Chapter 3
Halloween.  1980.  Meeting House Road.
Mason stood on the road dressed as a Stormtrooper.  The vinyl coveralls that served as the black and white uniform were loud as he moved. The elastic of the plastic Stormtrooper mask was biting into his scalp, and the battered Star Wars pillowcase was heavy with candy in his hands.
He looked at the Boylan House, a single light shining through a window on the second floor. His cousins, Matthew and Luke, stood beside him.  Both of them were older.  Matthew was Han Solo and Luke was, well, Luke was Luke Skywalker.
A few of Mason's cousins' friends were with them, all of them dressed as Star Wars characters.  Mason's mom had dropped him off.  She was pulling the night shift at the Memorial Hospital ER in Nashua.  His dad hadn't been around for years.
Aunt Margaret had been happy to have him.  Nobody wanted Mason to miss Halloween. Including Mason.
But he wasn't too happy about being at the Boylan House.
There was something wrong about the place.
It just didn't feel right.
"I'm going up there," Kevin, one of Matthew's friends said.  "Anybody else?"
No one answered.
"Bunch of queers," Kevin laughed, sliding his Darth Vader mask up on top of his head.
Kevin was a mean boy.  But he hadn't done anything mean to Mason, or to anybody else that night.  And just as Mason knew that there was something wrong with the Boylan House, he knew that Kevin was mean.
"Come on, Matt," Kevin said, sneering at Mason's cousin.  "Don't be such a girl."
Matthew only shook his head, and Mason, saw in the moonlight, that his cousin's eyes were wet with tears.  Matthew was too afraid to even answer.
A soft wind rustled the tops of the trees, the remaining dry desiccated leaves making a low, rattling sound.
"You're a bitch," Kevin said in a low voice and Mason heard the threat of violence in it.
"I'll go," Mason said.
Kevin's head snapped to the right to look at him.  Surprise replaced the sneer that the older boy had been wearing.  But the sneer quickly came back.  "How old are you?"
"Seven," Mason answered.
Again, the look of surprise.
Mason knew he looked younger.  His mother always talked about it.
Kevin shook his head, grudging admiration in his voice as he said, "Well, hot damn. Kid, let's make this happen."  Kevin handed his bag of candy off to a boy named Chad.
"I'll hold yours," Luke said softly.
"Thanks," Mason said, letting his cousin take the pillowcase.
"Are you okay?" Luke asked him.
Mason nodded, his throat suddenly too dry for him to speak.
Kevin started walking up the slight hill towards the Boylan House.  Mason followed a few steps behind.  The older boy glanced back to make sure Mason was there, and Mason saw a flicker of relief on the older boy's face.
It seemed to take a terribly long time to get to the Boylan House's front door.
Mason had never seen a door so large.  It towered over both of them.  Above the door, was a trap door, set into the overhang of the second story and barely visible in the moonlight.
Mason noticed how silent the world suddenly seemed to be, as he stood there, waiting.
The insects and the night animals had seemingly been robbed of their voices.  The wind had vanished, and an ancient, sickening smell rose up from the grass beneath their feet.  The temperature had dropped sharply, and Mason suddenly felt sick to his stomach; the American chop suey that Aunt Margaret had made threatening to come back up.
In front of Mason, Kevin had noticeably stiffened, a visible tremor in his hands.  Instantly, Mason felt sorry for the older boy, even if Kevin was mean.
Kevin was scared.
But both Mason and Kevin knew that the older boy had to do something, even if it was just knocking on that huge and frightening front door.
Mason watched as Kevin took a deep breath, and put his Darth Vader mask back on his face, the older boy's body tensing as he raised his right hand and closed it into a fist.
Movement caught Mason's eye and he looked up.
The trap door above them was opening.
Mason stood frozen, petrified and unable to scream as Kevin knocked, ever so softly, upon the thick and ancient wood of the door.
A pale, white hand shot down from the trap door.
The wrist and forearm, as pale as the hand, vanished into the depths of a black sleeve while the long, yellow-nailed fingers buried themselves in Kevin's loose blonde curls.
With a sudden jerking motion, the hand dragged Kevin up through the trap door and into the house.
Kevin and Mason's shrieks drowned out the closing of the trap door.
Kevin's screams were suddenly silenced and Mason turned and sprinted for the road. Mason's own screaming triggered that of the other boys and sent them racing back along Meeting House Road.
Mason raced after them, breathless in the October moonlight.

Ron Ripley is a husband and father surviving in New England, a place which seems to be getting colder every day. He grew up across from a disturbingly large cemetery where he managed to scare himself every night before going to bed. Mostly because of the red lights that people put in front of the headstones. Those things are just plain creepy to a kid. Ron enjoys writing horror, military history and driving through the small towns of New England with his family, collecting books and giving impromptu lectures on military history to his family, who enjoy ignoring him during those dreadful times. --This text refers to an out of print or unavailable edition of this title.
Read more