You've subscribed to 5 Boys! We will preorder your items within 24 hours of when they become available. When new books are released, we'll charge your default payment method for the lowest price available during the pre-order period.
Update your device or payment method, cancel individual pre-orders or your subscription at
Your Memberships & Subscriptions
There was an error. We were unable to process your subscription due to an error. Please refresh and try again. 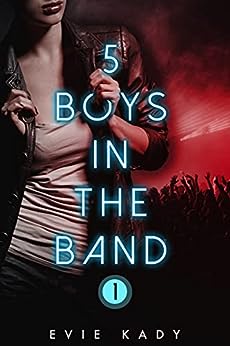 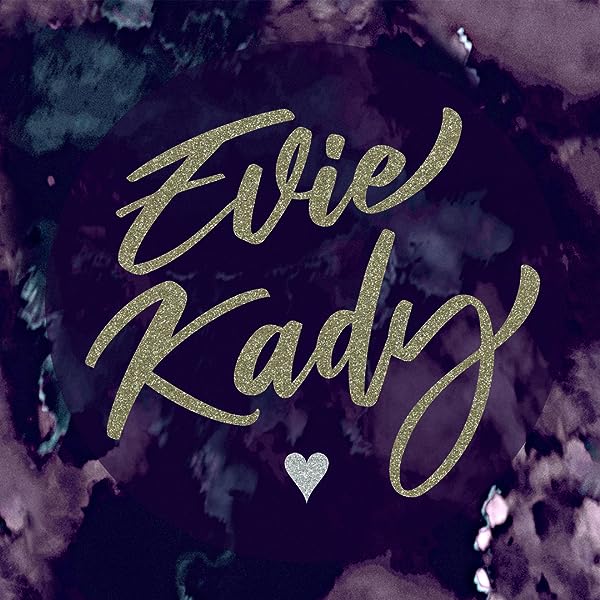 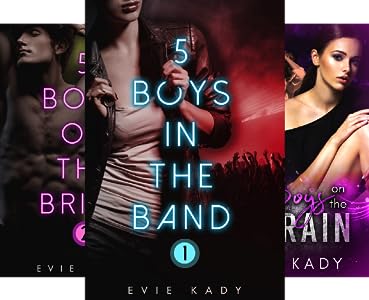 3.8 out of 5 stars
3.8 out of 5
61 global ratings
How are ratings calculated?
To calculate the overall star rating and percentage breakdown by star, we don’t use a simple average. Instead, our system considers things like how recent a review is and if the reviewer bought the item on Amazon. It also analyzes reviews to verify trustworthiness.
Top reviews

M.C.
3.0 out of 5 stars Torn
Reviewed in the United States on May 6, 2021
Verified Purchase
About halfway-60% through the book, it transformed completely. It was like reading a watt pad story compared to a KU one (not insulting watt pad, but it’s often a little less edited and a little less skilled). There were times in the book where I literally had to close my kindle because the secondhand embarrassment was so big. The female main character doesn’t have a defined personality like the others. As of right now, she seems more like a doormat. She’s both virginal and terrified and yet some sort of sexual goddess going through an awakening. It’s too conflicting.

However, it hooked me. The plot twist and premise itself is unique. Many are calling it Groupie 2.0, but I disagree. They’re both very different. Based on the improvement in writing towards the end, I’m thinking the next book will be much better. I’m hoping we see more personality from the female lead.

Depending on how the series goes after this, I may come back and change my rating to a 4. Looking forward to diving into book 2.
Read more
Helpful
Report abuse

JMH
3.0 out of 5 stars Just OK
Reviewed in the United States on May 13, 2021
Verified Purchase
Although the premise was good, it felt like there were a lot of holes. It could have been a great series if the holes were filled.
Read more
Helpful
Report abuse

Kindle Customer
4.0 out of 5 stars Pretty good
Reviewed in the United States on January 8, 2020
Verified Purchase
The whole dynamic of this book is different. Book 1 leads up to what might be a great series. I'm not sure yet as this is the first. But it has the potential to be great.
Read more
Helpful
Report abuse

Rambling Reader
4.0 out of 5 stars Makes some sweet music
Reviewed in the United States on February 8, 2019
5 Boys in the Band is a fast read that has a lot of potential. For this first installment, I'd say the character/relationship development is a little bit rushed, but I have big hopes for the sequel! Knowing another book is coming up gives me enough reason to believe that there'll be a chance to learn more about the boys and Kat, to see deeper reasons to continue binding them together and growing their relationships.

Kat gets the opportunity...or mistake...of a lifetime when she gets the opportunity to make a documentary about one of the biggest (but not best-behaved) boy bands out there. She's a little awkward, but she's dedicated to her art, and I like to see a girl who's passionate about her projects.

Even though she doesn't have a ton of experience, she's all in for new and different experiences. Even though she's a v*rgin (one never knows what Amazon will deem innapropriate language), she's not super shy about her s*xuality. I like that it's not something that really holds her back.

The boys are intriguing. They're an odd balance of personalities and interests, and I'd really like to know more about their backstories. While it seems like Kat has a close relationship with her father, we don't get too much about the guys' histories. One has a mother who isn't speaking to him at the moment, another has a family member who's unwell...otherwise, we don't get too much.

There's a camaraderie among the boys that fits who they are- a band that's been through some sh*t together, a group of guys who have become each other's family. There's some sweet moments but also the true messiness that comes with being that close to anyone.

Overall, the characters are intriguing, and I'm excited to see what they grow into. There are some little twists and turns that I wasn't totally surprised by but also stirred up the conflict and pushed the story forward. There's some tease, some steam, and some s*xy times by the end of the book, so I'd categorize this as a fast burn.
Read more
One person found this helpful
Helpful
Report abuse

The Great Linzini
3.0 out of 5 stars Not exactly sure how to rate this...
Reviewed in the United States on December 10, 2020
I’m a little torn with this one. I didn’t have a problem with the writing or the characters, but some of the story elements were kind of weird.

When Kat found out that she was going to be working with the band she was disappointed. She doesn’t know much about music, except musicals, and she doesn’t like their music. So, I didn’t really understand why little virginal Kat was so quick to be wowed by their kind of creepy advances. And it felt super strange that she kisses one of them the first day she meets them. I also didn’t quite understand why the guys were attracted to her, (one of the guys even describes her as ugly when they first meet), except that they hadn’t been allowed to hook up with anyone in months so they were just hard up? - I think it would have been a better story if they had a working or antagonistic relationship a little longer, maybe fought the attraction or discovered things about each other’s personalities first. The guys “caught feelings” almost immediately but never really went into why they thought she was so awesome.

I can’t really talk about it without spoilers, but the “bad guys” schemes are way more complicated than they needed to be.

I was also bothered/distracted by the non-description of the tour bus. Most tour busses just have bunks, some have rooms but you have to walk through them to get to the next area unless it’s the master bedroom area at the back. Kat describes having her own room on the bus, but it’s in the front? People don’t have to walk through it to get to the kitchen? Where is it? How to people access the gym on the top deck where were the stairs?

But beyond that I did enjoy the characters and the authors writing style overall. I did finish the book feeling invested and wanting to know what happens in the next book.
Read more
Helpful
Report abuse
See all reviews

Annie
4.0 out of 5 stars Short but sweet
Reviewed in Australia on June 14, 2021
Verified Purchase
3.5 Stars I enjoyed this read it’s super fast and way to unrealistic but if fast paced rhr is your thing than you will love this! Character building is good and you will find yourself picking favs amongst the boys, it’s got potential and I’m along for the ride
Read more
Report abuse

Bradley & Sarah Cable
5.0 out of 5 stars Surprised at how good it is
Reviewed in Australia on May 19, 2021
Verified Purchase
Loved this book. It just kept getting better and better as the book went on. Kat and her boys have a great story line and I can’t wait to read more books in this series to see how there story ends
Read more
Report abuse
See all reviews