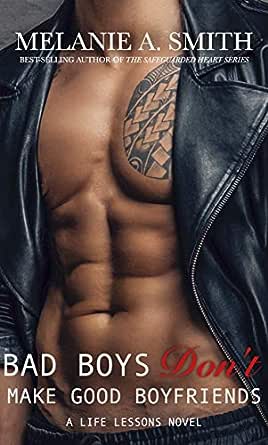 You've subscribed to Life Lessons! We will preorder your items within 24 hours of when they become available. When new books are released, we'll charge your default payment method for the lowest price available during the pre-order period.
Update your device or payment method, cancel individual pre-orders or your subscription at
Your Memberships & Subscriptions
There was an error. We were unable to process your subscription due to an error. Please refresh and try again. 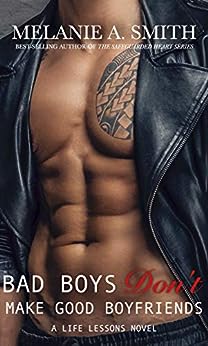 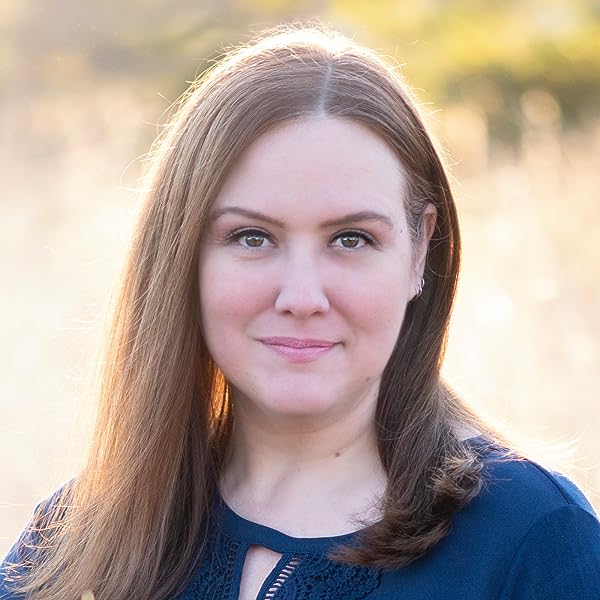 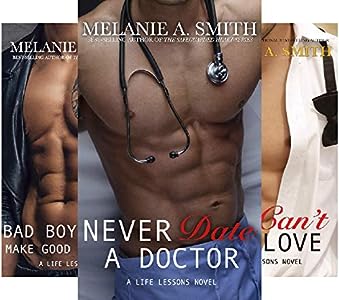 "I felt so many gut clenches from the words and connection and fire they share. It's a quick read but has deep feelings and SIZZLIN' chemistry." -Eve Kasey, author of Touched by Love


"An entertaining bad-boy-lite, medical romance that's just as funny as it is steamy." -Michelle C. Hillstrom, author of Friendzone


"I have to say, the last 20% had me all torn up (in a good way). Such a good twist & a fabulous ending." -Nikki J. Summers, author of Renegade Hearts


"Melanie has a way of drawing you in, pulling at your heartstrings and leaving you sitting on the edge of your seat with each and every page turned." -Lindsey Powell, author of Checkmate


"I love the push and pull between Becca and Vincent and damn...the chemistry is hot!" -Live Through Books Blog


"The story is so easy to slip into - you get steam, buckets of drama and well developed, relatable characters." -Janine Caroline, author of I Look at You and Smile


"This hot romance has all the right ingredients to make for a fun filled, yet dramatic read." -Anathea Krrill, author of The Sphere


"Can I just say that Ms. Smith is funny? Like, really REALLY pee-your-pants funny? And despite that, she also writes with so much heart. Her characters feel so real you could reach out and touch them." -Julia DeBarrioz, author of The Dakota del Toro Series

4.4 out of 5 stars
4.4 out of 5
38 global ratings
How are ratings calculated?
To calculate the overall star rating and percentage breakdown by star, we don’t use a simple average. Instead, our system considers things like how recent a review is and if the reviewer bought the item on Amazon. It also analyzes reviews to verify trustworthiness.

The Girl Who Reads Too Much
5.0 out of 5 stars Ms. Smith just never fails to entertain!
Reviewed in the United States on July 17, 2020
Verified Purchase
I devoured this in just a few days. I have to admit that I didn't like Becca at first in the first book. She's...extra? A whole lotta extra, lol. But she grew on me, and after reading her story I adore her.

This girl takes no hooey--especially not from Vincent DeMarco, the new hospital orderly and designated Bad Boy™.

Can I just say that Ms. Smith is funny? Like, really REALLY pee-your-pants funny? And despite that, she also writes with so much heart. Her characters feel so real you could reach out and touch them. In this book she took the trope of the "bad boy" romance and turned it on its head, and also makes a very real character study of why we should never assume we know everything about someone just because we perceive them to fit in a certain box.

I loved the twists and turns and juicy secrets. This series is a winner, and I cannot wait to read the next book, which if I'm not mistaken comes out in August!
Read more
Helpful
Comment Report abuse

Katie J Douglas
5.0 out of 5 stars She does it again! 🔥🔥🔥🔥
Reviewed in the United States on May 24, 2020
Verified Purchase
I have read every single one of Melanie Smith’s books and I swear she gets better every time. Becca and Vincent are incredible characters with complicated lives and pasts. Ms. Smith weaves this story with such ease that I finished it in two sittings over a lovely long weekend. I didn’t see these twists and turns coming and I was hooked to the last page! ⭐️ 🏆💕🔥
Read more
Helpful
Comment Report abuse

Erica C
4.0 out of 5 stars Sometimes, bad is just a label
Reviewed in the United States on May 19, 2020
This is my first Melanie book, and I went into it pretty blind. I knew nothing about it or what to expect from it. Though a standalone, I probably would have gotten more out of this had I read Never Date A Doctor first, since there were a number of allusions to situations that took place in that book. That being said, I definitely enjoyed this one.

Bad Boys Don't Make Good Boyfriends is the story of Becca Dillon, Medical Assistant in the Cardiac Unit of the hospital, and Vincent DeMarco, a fairly new orderly.

Becca is feisty, speaks her mind, and loves a good time. She is also distrustful of men and relationships. Quick to slap a label on a person, she has firmly placed Vincent in the "Bad Boy" category.

Vincent is...well...something else. Half the time I could not figure this dude out. Is he into her or not? Does he not want her, but he doesn't want anyone else to have her? What Vincent is...is complicated and layered. He comes across as aloof, but there is a lot more going on under the surface. And though he may not talk about it, it is obvious this dude has secrets. And those secrets? Woah.

Becca and Vincent work well together...when they aren't arguing. (Though that arguing does lead to some mighty fine chemistry.) But when these two actually open up to one another? Oh, the feels.

And that ending? My heart. I'm a selfish enough reader to admit that I would LOVE to see more of what comes after for these two!
Read more
One person found this helpful
Helpful
Comment Report abuse

Sapphyria
VINE VOICE
5.0 out of 5 stars Fun Contemporary Romance
Reviewed in the United States on May 31, 2020
Even when you know better, sometimes it’s simply too tempting…

Hospital work isn’t for the faint of heart. Becca Dillon knows that firsthand, having worked as a medical assistant in the cardiac unit at Rutherford Hospital for longer than she cares to think about. What she does care to think about is having fun, gossip, and … guys. Her favorite of the three. And why stick to one, when you can sample them all?

That’s exactly her plan when a workplace crush on a mysterious bad-boy orderly unexpectedly takes a very steamy turn. But Vincent DeMarco turns out to be nothing like she expected, and before she knows it, she’s falling hard and fast. She wants him in ways she’s never wanted anyone before, but there’s something he’s keeping from her. Something that’s holding him back. And Becca is going to find out what.

Even though she knows that bad boys don’t make good boyfriends, he seems like he might be so much more. Will her quest unlock the truth behind who he really is? Or will it end their relationship for good? Either way, ready or not, Becca’s world is about to change.

Becca is not the commitment type. She's happy to have fun, a fling, and a goodbye. All that changes the day she meets Vincent, a new orderly at the hospital at which Becca also works. He's distant, doesn't acknowledge her except on his terms, and leaves her wanting more. When they finally agree to try dating, Becca discovers he's harboring a secret; one that could very well could come between them.

Despite Vincent's standoffish personality, he and Becca are drawn to one another. I enjoyed their journey toward romance. Becca is a strong, independent character who hides her loneliness and insecurity behind bravado. I cheered for her when she dropped her guard and let Vincent into her heart. Vincent is a strong character with incidents and events in his past that he's trying to protect and keep quiet. Becca's discovery of one of Vincent's secrets brings both tragedy and joy - but it may signal the end of something between them before it even began.

This is my first experience with Melanie A. Smith and it won't be my last. As soon as I finished Bad Boys Don't Make Good Boyfriends, I went straight to Amazon and bought Never Date a Doctor, book 1, in the Life Lessons series. The author's writing style is conversational and easy to follow. The book is so engaging and beautifully written I suddenly found myself at the end of Becca and Vincent's story.

I'm excited to go back and read book 1 and to read book 3 upon its release.

I was provided a copy of this book to review.
Read more
Helpful
Comment Report abuse

Jacqueline Simon Gunn
5.0 out of 5 stars Another gripping romance from Smith!
Reviewed in the United States on May 19, 2020
I absolutely loved this book by Smith. The character development is amazing. Becca is so complex and I couldn't help adoring her as she struggled against her own emotional barriers not to fall in love with Vincent.

The plot is fast and tense. There's sexual tension as well as suspense around Vincent's mysterious past, and a secret that slowly unravels, which not only shows what Vincent's hiding, but also reveals something important about who he is.

Smith's talent as a writer is very clear from her use of subtlety. You feel her characters. They are realistic. They are convincing. And the love story along with Becca's motivation are woven seamlessly with the larger life lesson.

J9
5.0 out of 5 stars Another good one
Reviewed in the United Kingdom on June 20, 2020
Verified Purchase
The story is so easy to slip into - you get steam, buckets of drama and well developed, relatable characters. Becca is strong, fun and feisty, Vincent is mysterious and sexy, and of course, their chemistry is on fire. As if the build up to their relationship isn’t enough, there are many surprises to keep you turning the pages. I’m loving these stand alone books in the Life Lessons series.
Read more
Report abuse
See all reviews