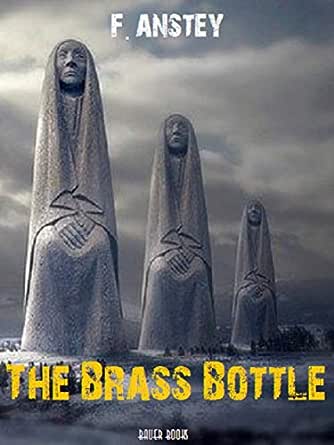 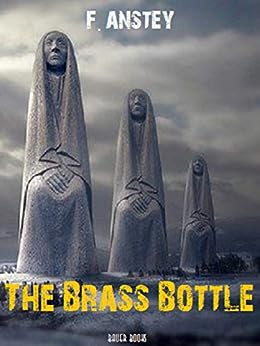 Thomas Anstey Guthrie (8 August 1856 - 10 March 1934), was an English novelist and journalist, who wrote his comic novels under the pseudonym F. Anstey. He was born in Kensington, London, to Augusta Amherst Austen, an organist and composer, and Thomas Anstey Guthrie. He was educated at King's College London and at Trinity Hall, Cambridge, and was called to the bar in 1880. But the popular success of his story Vice Versa (1882) with its topsy turvy substitution of a father for his schoolboy son, at once made his reputation as a humorist of an original type. He published in 1883 a serious novel, The Giant's Robe; but, in spite of its excellence, he discovered (and again in 1889 with The Pariah) that it was not as a serious novelist but as a humorist that the public insisted on regarding him. As such, his reputation was further confirmed by The Black Poodle (1884), The Tinted Venus (1885), A Fallen Idol (1886), and other works. Baboo Jabberjee B.A. (1897) , and A Bayard from Bengal (1902) are humorous yet truthful studies of the East Indian with a veneer of English civilization. Guthrie became an important member of the staff of Punch magazine, in which his voces populi and his humorous parodies of a reciter's stock-piece (Burglar Bill, &c.) represent his best work. In 1901, his successful farce The Man from Blankleys, based on a story that originally appeared in Punch, was first produced at the Prince of Wales Theatre, in London. He wrote Only Toys (1903) and Salted Almonds (1906). Many of Anstey's stories have been adapted into theatrical productions and motion pictures. The Tinted Venus was adapted by S. J. Perelman, Ogden Nash, and Kurt Weill into One Touch of Venus in 1943. Vice Versa has been filmed many times, usually transposed in setting and without any credit to the original book. Another of his novels, The Brass Bottle, has also been filmed more than once, including The Brass Bottle (1964). --This text refers to an alternate kindle_edition edition.

3.8 out of 5 stars
3.8 out of 5
15 customer ratings
How does Amazon calculate star ratings?
Amazon calculates a product’s star ratings based on a machine learned model instead of a raw data average. The model takes into account factors including the age of a rating, whether the ratings are from verified purchasers, and factors that establish reviewer trustworthiness.

Pam Fitros, author of Boldly Bald Women
5.0 out of 5 stars A lovely tale with unexpected turns
Reviewed in the United States on January 22, 2015
Verified Purchase
A story from an earlier time that brings a genie stuck in a brass bottle for several thousands of years into the Industrial Age of trains and printing presses who tries to repay his liberator with riches appropriate for another age. The ensuing mixups lead to ironic hilarity.
Read more
One person found this helpful
Helpful
Comment Report abuse

Lisa Siegler
5.0 out of 5 stars Good Summer read!
Reviewed in the United States on June 22, 2014
Verified Purchase
This was an interesting construction of a story. It had a lot of intrigue I guess you could say yet it was a fantasy. The writing was clear and you wanted to get to the end to see what would ultimately happen. Enjoyed it.
Read more
One person found this helpful
Helpful
Comment Report abuse

Darrell L. Dullnig
5.0 out of 5 stars totally charming tale
Reviewed in the United States on October 19, 2014
Verified Purchase
Antsy wastes no time getting into his story, and it is a laugh a minute. This writer is a very funny guy.
Read more
Helpful
Comment Report abuse

Dee
5.0 out of 5 stars Good read
Reviewed in the United States on June 30, 2014
Verified Purchase
Written decades ago, still fresh, funny, and enjoyable. This Jinni is recognizable as kin to TVs Jeannie but very much his own personality.
Read more
One person found this helpful
Helpful
Comment Report abuse

Hank
4.0 out of 5 stars Funny
Reviewed in the United States on April 17, 2014
Verified Purchase
A funny Tale that holds your interest until the end,
A play on life, work,and future dreams and plans.of everyone

EJG
5.0 out of 5 stars Five Stars
Reviewed in Canada on June 14, 2018
Verified Purchase
Even better than the movie.
Read more
Helpful
Sending feedback...
Thank you for your feedback.
Sorry, we failed to record your vote. Please try again
Report abuse