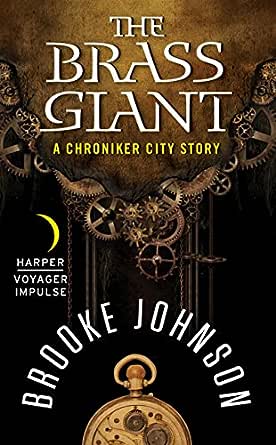 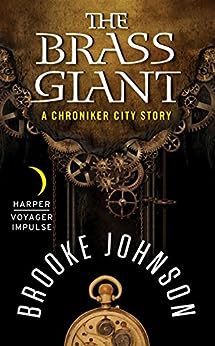 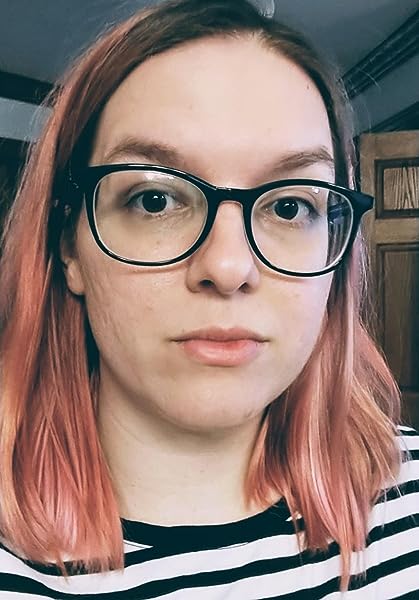 Brooke Johnson is astay-at-home mom and tea-loving writer. As the jack-of-all-trades bard of thefamily, she journeys through life with her husband, daughter, and dog. Shecurrently resides in Northwest Arkansas but hopes to one day live somewheremore mountainous.

4.1 out of 5 stars
4.1 out of 5
60 global ratings
How are ratings calculated?
To calculate the overall star rating and percentage breakdown by star, we don’t use a simple average. Instead, our system considers things like how recent a review is and if the reviewer bought the item on Amazon. It also analyzes reviews to verify trustworthiness.
Top reviews

J. D. Estrada
2.0 out of 5 stars Not my cup of tea but good if you're looking for romance with a steampunk vibe
Reviewed in the United States on February 20, 2016
Verified Purchase
I really wanted to like this book. For the longest time I'd been looking to dabble into a steampunk book. I followed Brooke Johnson on social media, enjoyed her shares, and after an interview I read I definitely wanted to give her a shot.

As I'd understood it, this was a steampunk book with some elements of romance.

As I found out, this was a romance book with some elements of steampunk.

Again, I really wanted to like this book and every time Johnson dove deep into mechanics, engineering, and elements of fiction, I was able to start to enjoy, but it didn't last long because I found myself going back to copper eyes, a dimple smile, and lots of yearning of all sorts.

It's not so much that I dislike romance, it's just that my expectations were way off for what I ended up reading and that was a little frustrating. Imagine you see a trailer for a movie promising robots, fiction, and intense action and then finding yourself with the Notebook.

It was a tough read for me because I held hope that some twist would surprise me up to the end, yet for me, it never happened.

Am I saying that no one will enjoy this book? Not at all. I'm just saying that if romance is not your cup of tea, take heed. If you're expecting something where fiction and action take center stage, then the same.

If on the other hand you enjoy fiction to have a good dose of romance, elements of engineering, and some action, then by all means, give this a shot.

For me however, it wasn't my cup of tea, and that's Ok too.

Brian Rush
5.0 out of 5 stars Wonderful story, characters, and writing
Reviewed in the United States on December 31, 2013
Verified Purchase
I'm going to give The Clockwork Giant 5 stars, something I very rarely do. My rules on this remain what they have always been. I look at the plot/story, the characters, and the writing, and base the review on how many of these exceed the average and by how much. If none of them do, I don't review the book. If one does, I'll usually give it a 3-star; if two do, 4, and only if all three are superior (or two of them by a tremendous degree) will I give a book 5 stars. In The Clockwork Giant, Brooke Johnson has given us a wonderfully intense, gripping story, fascinating characters, and magnificent prose.

I will admit that I found the main character, Petra Wade, irritating at times in her indecisiveness and her tendency to distrust people who didn't deserve that. But that is a believable part of her character arising from her background. The character is splendidly developed, believable, and mostly likeable, with the unlikeable parts serving to render her more real and true. The story is intense, with plenty of danger, bad breaks, sudden turns, and hopeless fixes. (Someday I would like to write a story this perfect in its timing and flow.) The one thing that could have been better about it was the ending, and yet that sets the stage for a sequel to continue the main story, which I hope that Ms. Johnson will write in a sequel one of these days.

The language is beautifully done, especially for a young adult book. I especially liked Petra's rather unusual and unique expressions of her passion for Emmerich on a physical level. I mean, it's not typical for a woman to be aroused by the smell of machine oil. Or at least that has not been my experience, but then, I've never met a woman like Petra, so doubtless my experience is inadequate to judge in this instance. The descriptions of working on clockwork mechanisms and the joy that this brought to Petra, as well as her boredom with non-mechanical technology such as steam power, was also well turned.

All in all, I can recommend The Clockwork Giant without reservation.
Read more
3 people found this helpful
Helpful
Comment Report abuse

Meagan @ Blooming with Books
5.0 out of 5 stars The Brass Giant is the one you don't want to miss!
Reviewed in the United States on May 12, 2015
Verified Purchase
The Brass Giant
A Chroniker City Story
By Brooke Johnson

Petra Wade wants to be a engineer with the Guild. But she is a girl and as such is not allowed to enter the Guild. But Petra knows that she belongs in the Guild, she feels it in her very being. If only she could convince the members of the Guild that she has the skills needed to earn her a place within its walls.

But Petra doesn't know who she is, she's one of the victims of the Guild fire, she lost her family and her heritage. Her days are spent working as a shop girl cleaning and tinkering with damaged clocks and similar small machines.

But when she sees a young engineer showing off his automaton, she can't help pointing out its flaws. Her knowledge and critique convince Emmerich Goss that he needs Petra's assistance if he is to perfect his automaton within the time frame he has been given.

But accepting Emmerich's offered chance will put them both in danger. And if caught the charge is treason with a possible sentence of execution. But something about Emmerich and the chance to create an automaton is worth the risk.

More than her life is at stake if she's not careful, she could lose her heart.

But there is a faction that is determined to change the world forever and Petra's work with Emmerich is about to become the catalyst that will decide the fate of the world. Who can be trusted? And who is manipulating the Guild? Discovering the truth may be Petra and Emmerich's only hope.

The Brass Giant is an exciting and entertaining story. Fans of Steampunk, Romance, Alternate Histories, Mysteries, or just Fiction in general will find much to love in this book.

I was provided a digital loan of this book in exchange for my honest review, but I enjoyed this book so much I purchased a copy so that I could read it again at a later date. I, for one, hope to read more Chroniker City stories in the not too distant future.
Read more
2 people found this helpful
Helpful
Comment Report abuse
See all reviews

Larry
5.0 out of 5 stars Top fantasy!
Reviewed in the United Kingdom on July 4, 2016
Verified Purchase
Great locations, ideas and story. Can't ask for much more can you?
Read more
Report abuse
See all reviews