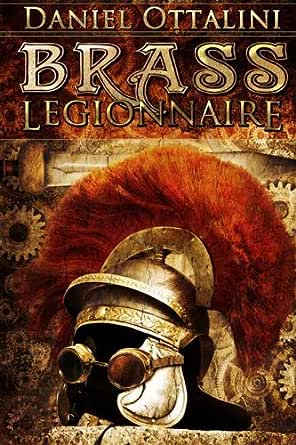 You've subscribed to The Steam Empire Chronicles! We will preorder your items within 24 hours of when they become available. When new books are released, we'll charge your default payment method for the lowest price available during the pre-order period.
Update your device or payment method, cancel individual pre-orders or your subscription at
Your Memberships & Subscriptions
There was an error. We were unable to process your subscription due to an error. Please refresh and try again. 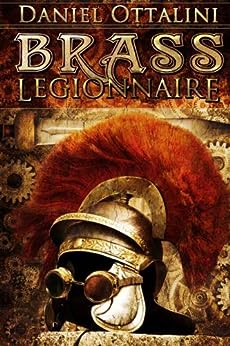 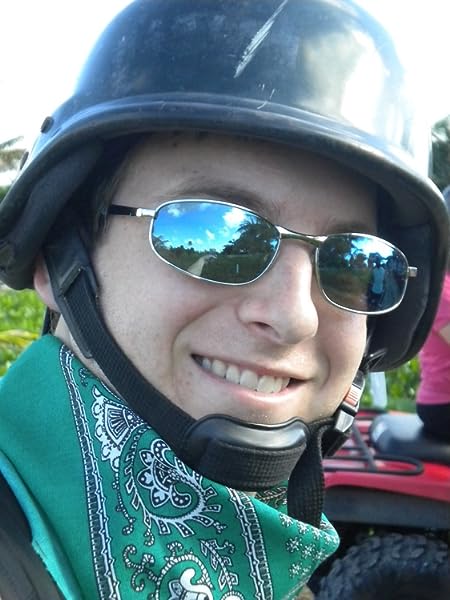 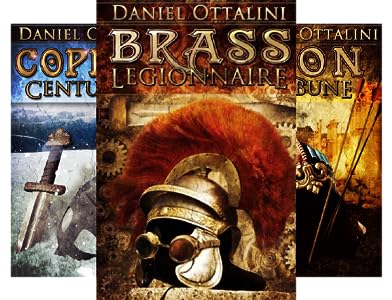 "A great debut novel that gives much promise for the Author's writing career..." - Hazel B. West

Welcome to a world where Rome never fell. Now theleader in a worldwide industrial revolution, Rome's might has allowed it to prosper for centuries, while the steam powered warmachines of theImperial legions keep hostile neighbors at bay. Seeking to escape theendless toil of the factory, a young man joins the army. His commanderworks to prove himself, away from the power and corrupting influence ofhis rich and mighty family. Amid a backdrop of revolution, espionage and assassination, how can a green and unprepared legion withstand theonslaught of forces aiming a deathblow at the largest empire evercreated?This is the first book in the Steam Empire Chronicles.

Daniel Ottalini is a teacher, writer, and amateur historian. Hisinterests include reading everything from nonfiction to sci-fi andamazing others with his knowledge of random facts. When not working, heis most likely writing some more or catching much needed rest. His first novel, Brass Legionnaire, was award Best Action-Adventure novel by the Electronic Publishing Industry Coalition in 2013. He livesin Maryland.
Read more

4.0 out of 5 stars
4 out of 5
32 customer ratings
How does Amazon calculate star ratings?
Amazon calculates a product’s star ratings based on a machine learned model instead of a raw data average. The model takes into account factors including the age of a rating, whether the ratings are from verified purchasers, and factors that establish reviewer trustworthiness.
Top Reviews

haroldsson
4.0 out of 5 stars Steam driven Roman Empire
Reviewed in the United States on July 4, 2012
Verified Purchase
This is a fast moving story that keeps revealing more and more of a sort of advanced but also sort of retarded Roman society that is using early industrial revolution technology mixed with traditional Roman Empire rules modified to the modern times. If you know the history of the Roman Empire and it's barbarian neighbors you can easily build a picture of the people and forces that are currently in action in this book. Definitely an adventure novel that should be followed up with many more by this skilled author and researcher. Read it in 4 days and enjoyed every bit.
Read more
8 people found this helpful
Helpful
Comment Report abuse

Trusten
5.0 out of 5 stars Wionderful novel!
Reviewed in the United States on July 15, 2013
Verified Purchase
Imagine the Roman Empire did not fall. Now, add steam power. Yep, Roman steam punk! What a fantastic novel. And, now there is a second! The Copper Centurion. These are so much fun, well-written, and a blast to read. As a huge fan of Roman history and Roman-esque fiction, I wasn't sure, to be frank, how I'd take to these. The answer, like a duck to water! I loved this novel and the second installment, Copper Centurion as well. I'd recommend this novel, highly.
Read more
3 people found this helpful
Helpful
Comment Report abuse

sugpie1953
5.0 out of 5 stars Great Read!
Reviewed in the United States on June 22, 2012
Verified Purchase
Well, Daniel did it! What a great story. I typically do not read fiction. I like historical non fiction. Lincoln, the Vampire Killer was a "stretch" for me to read, but I did so at my daughters request. Brass Legionnaire is a wonderful story. It could have been longer, the transitions more connected and the story lines more developed, but WHY? It was enjoyable, creative and I HOPE Daniel writes more continuing the story with the same characters....Great job! I enjoyed it very much and hope others will read it. In fact, it would make a great movie...action packed, with lots of interesting objects and gizmos! Keep it up Daniel.
Read more
6 people found this helpful
Helpful
Comment Report abuse

RPG Gamer :)
3.0 out of 5 stars good world building
Reviewed in the United States on July 19, 2013
Verified Purchase
Technically well written (grammar and spelling), good world building even if I have trouble believing some of the tech described (they have trains, but all the other steam powered ground vehicles have legs - a much harder engineering task than developing wheeled vehicles), but as written fits the story. Unfortunately, I just couldn't find myself interested in the main characters. The story didn't drag for me (i.e. it didn't feel like a chore to finish the book), so that lack of excitement may just be me or when I read it - ignoring that, I would have given this 4 stars.
Read more
2 people found this helpful
Helpful
Comment Report abuse

DJ Rob
4.0 out of 5 stars Good book to read
Reviewed in the United States on February 25, 2014
Verified Purchase
Enjoyed reading the story and was not able to put it down until I was done. I bought the next installment.
Read more
2 people found this helpful
Helpful
Comment Report abuse

Kindle Customer
5.0 out of 5 stars interesting.
Reviewed in the United States on May 14, 2013
Verified Purchase
Can't wait for the next one, oh wait it is already out. I have to buy the entire series.
Good read, good editing. I really liked this one.

CLAUDE RADOUX
5.0 out of 5 stars Brass legion critique
Reviewed in the United States on February 4, 2016
Verified Purchase
Interesting mix of old and new.well written and agreeable to read.
Read more
One person found this helpful
Helpful
Comment Report abuse
See all reviews from the United States

Alison Morton
4.0 out of 5 stars A cracking read!
Reviewed in the United Kingdom on May 26, 2013
Verified Purchase
If a combination of Romans, the 1800s and steampunk seems a little bizarre, don't let that put you off. This author knows his history and has developed the alternate timeline logically into the industrialised period.

We feel two main characters' dilemmas, fears, courage and determination as we learn about their backgrounds and motivations. They are like young men in any age - longing for something exciting and different - and the author integrates them very deftly into their alternative world.

I'm not a steampunk fan per se, but I enjoyed the details of the machines which, while essential, did not swamp the plot or the characters. The action scenes were excellent - I was at those gates, on those towers. And the basic training scenes and the camaraderie interspersed with tiny rivalries made me smile in sympathy as I remembered my own time in uniform.

I'd like to have seen the antagonist better developed. Apart from her political motivation, what had made her such a bitter opponent? Had there been a personal incident or experience in her past? That would have rounded off what is obviously a formidable character.

The writing flows well which is a pleasure - a lot of work in the alternate/speculative genres doesn't. A reader can feel safe i this author's hand and I for one will be buying the next book and the next...

Lipmore
1.0 out of 5 stars One Star
Reviewed in the United Kingdom on November 23, 2017
Verified Purchase
wish i could get a refund .
Read more
Helpful
Sending feedback...
Thank you for your feedback.
Sorry, we failed to record your vote. Please try again
Report abuse

M. Meltzer
5.0 out of 5 stars Five Stars
Reviewed in the United Kingdom on October 15, 2014
Verified Purchase
Well put together - thought through the likely changes over time for a legion
Read more
Helpful
Sending feedback...
Thank you for your feedback.
Sorry, we failed to record your vote. Please try again
Report abuse