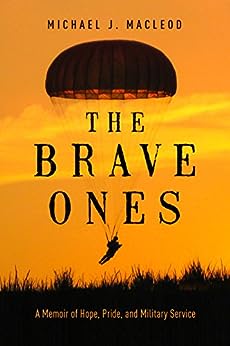 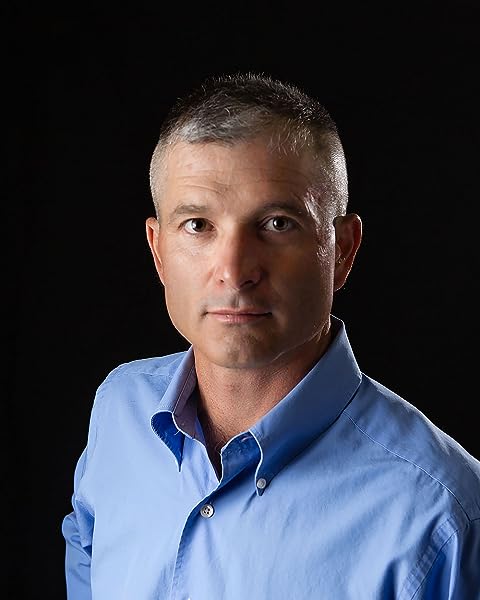 The Brave Ones: A Memoir of Hope, Pride and Military Service Kindle Edition

Enjoy a great reading experience when you borrow the Kindle edition of this book with your Kindle Unlimited membership. Learn more about Great on Kindle, available in select categories.
Read more Read less
Previous page
Next page
Due to its large file size, this book may take longer to download

“I’ve known a few men over forty who have enlisted in the Army. They bring a perspective and maturity to the business of combat arms not found among the twentysomethings. Mike MacLeod brings all this, along with the insights of a photojournalist and an experienced writer. The Brave Ones is a unique, inside look at modern war. Nicely done, Mike.” —Dick Couch, author of The Warrior Elite and Chosen Soldier

Michael J. MacLeod is one of the most published military photographers of the last decade, a recipient of both a Bronze Star and a Meritorious Service Medal from the US Army, and an active supporter of war veterans’ groups. His work has earned dozens of military journalism awards, including Military Journalist of the Year in 2012, and has been published online at Time.com, the Huffington Post, Mother Jones, Fox News, CNN, Corbis Images, Army Times, Business Insider, the Atlantic, and the Long War Journal. He holds a bachelor’s degree in biology and a master’s degree in wildlife biology. In addition to being a combat correspondent with the 82nd Airborne Division, he has worked as a photographer, magazine editor, carpenter, and college professor. MacLeod also spent three years living in a wilderness cabin in Montana studying elk, wolves, and mountain lions. Married for twenty-four years to his college sweetheart, he has two children and resides in a small town near Bozeman, Montana.

4.6 out of 5 stars
4.6 out of 5
463 global ratings
How are ratings calculated?
To calculate the overall star rating and percentage breakdown by star, we don’t use a simple average. Instead, our system considers things like how recent a review is and if the reviewer bought the item on Amazon. It also analyzes reviews to verify trustworthiness.

Harry
5.0 out of 5 stars This is authentic!!!
Reviewed in the United States on October 1, 2016
Verified Purchase
I absolutely love this book!!!

It's been over a half century since I served three years in the army and I was stunned to learn NOTHING HAS CHANGED. The toys are better but the s*** still stinks. The military is the most maddening environment in the world, the rules illogical, the authority absolute, and the waste monumental. And I am eternally grateful for having had the experience.

Read this book if you want to know why veterans are different in outlook and values than non vets. We are the better for it - something I would have never said during the experience.

p.s - once you read this you'll understand 'the why' when you see Vietnam era photos showing grunts with FTA written on their helmets. No, it doesn't mean Fun, Travel, and Adventure, try F*** The Army.
Read more
24 people found this helpful
Helpful
Report abuse

Sabrina
5.0 out of 5 stars AATW!!!-
Reviewed in the United States on March 30, 2018
Verified Purchase
As the mother of an 82nd paratrooper (2-508, 2009-2014), this was a very enlightening book. I recognized several things from stories my son has told me. And I loved that Mr. MacLeod pointed out that the 82nd is just as historically significant as the Screaming Eagles.
Some things were hard to read, the deaths of our troopers, put me right back to the times that they were blacked out & hearing the names later. While this is a must read for civilians, I doubt those that don't have ANY friends or family in the military will read it. Which is a shame because the public SHOULD know what the 1% sacrifice for the other 99%.
Read more
14 people found this helpful
Helpful
Report abuse

Chris B.
5.0 out of 5 stars Great Read About Being A Soldier Without Politics
Reviewed in the United States on September 7, 2019
Verified Purchase
It’s difficult these days to read an account of the Iraq & Afghanistan wars without getting a lot of revisionist history and potshots taken at Bush (mostly) & Obama. Many accounts are written by “elites” who infuse their own biases and agendas into a narrative of their own. Ultimately we get a lot of “histories” that unquestionably conclude that everything the U.S. did was wrong, that the U.S. was universally-despised by the Iraqis & Afghans, and accounts that paint our brave soldiers as uneducated, under-privileged cowboys who serve out of desperation.

Not this book. A soldier-journalist’s account that avoids all of that BS, while honoring the service, sacrifice of and brotherly love that allows the American soldier to serve as perfectly as they always do.
Read more
6 people found this helpful
Helpful
Report abuse

John A.
5.0 out of 5 stars Excellent and insightful.
Reviewed in the United States on September 26, 2017
Verified Purchase
Imagine a blend of the insight and depth of Ernie Pyle's "Brave Men" combined with the first person experiences of Donald R. Burgett's "Currahee!', and you won't be too far from MacLeod's work. MacLeod (enlisting in the army as a photojournalist at the age most soldiers are thinking about retirement) brings forth the soul, if not of the whole army, a slice of it in the 82nd Airborne Division. Through training, garrison, and combat tours in Iraq and Afghanistan, he describes what it means being a combat soldier in an army that has been at war for a long time. Must read not just for students of military history , but anyone who wants (needs) to know what our contemporary combat vets have lived through.
Read more
8 people found this helpful
Helpful
Report abuse

Feduke
5.0 out of 5 stars A masterpiece
Reviewed in the United States on October 24, 2018
Verified Purchase
Never have I seen combat described as well as Michael has done. His book is a masterpiece. It should be required reading for anyone joining a branch of the combat arms before enlisting.

One simple phrase impressed me so much. It put into words what I have always tried to do. He described a sergeant major's ability to give a major ass chewing without taking away the soldier's dignity. That's something I have always tried to do, subconsciously, but do none the less. It's amazing how well he can describe a simple but often difficult task in so few words. I don't think I have ever been impressed by a book as much as this one. Thank you Michael. Thank you so much!
Read more
5 people found this helpful
Helpful
Report abuse

William B.
5.0 out of 5 stars Neccesary reading
Reviewed in the United States on October 3, 2017
Verified Purchase
An exceptional story, from a mature point of view. Not many of our War Stories come from those who already have a full-fledged family, and have enough time behind them to know what they are going to leave behind. A very... I hate to use this word, but mature look at those who are willing to give their lives in defense of our nation and its freedom, even if they don't understand what they are actually fighting for. It really gives me hope for the future. The World War II generation is called the greatest generation, this appellation may actually need to be reappropriated
to these children, who do not even really know what their goals are, and even worse who is the enemy? All in all an exceptional read from an accomplished writer
Read more
10 people found this helpful
Helpful
Report abuse

Richard J.
5.0 out of 5 stars Well crafted, thorough and honest reporting!
Reviewed in the United States on February 13, 2018
Verified Purchase
The book is well written, factual, and illustrative of a reporter who truly cares about his craft. He provides detailed insight into the life of soldiers, what they and their families face, and how the majority of those they work and die for (typical American citizens) have no idea of what they actually go thru. The text is not over the top embellishment. It is straight forward, detail oriented, thorough, honest, and accurate reporting of the life of the modern soldier. I'm an old one, and it was easy to recognise and feel all this reporter described. If you want a good glimpse of the real deal, in well crafted prose, this book will satisfy you.
Read more
2 people found this helpful
Helpful
Report abuse

JH58
5.0 out of 5 stars Visceral, Gritty and True to Life.
Reviewed in the United States on November 18, 2015
Verified Purchase
The Brave Ones is a testament to the grit, determination and devotion a U.S. Army Paratrooper displays in service to their fellow soldier and country. Written by former Sgt. Michael MacLeod who lived to tell the tale, the book pulls no punches as it describes life in the Army for an enlisted soldier from Basic Combat Training to the battlefields of Ghazni, Afghanistan.

MacLeod quotes soldiers in the book in their actual words, profanity and all, adding even more contrast to the picture he expertly paints of what service in the Army was like during his time. The reader will be immersed in the confusion and chaos caused by the fog of war during MacLeod's narration of intense firefights in Afghanistan and fight off the infectious panic erupting when they read a soldier is in danger of dying from combat wounds.

The only solace the reader will retain while reading about his most harrowing experiences is that MacLeod lived through what they are reading.

Visceral, gritty and true to life, The Brave Ones will immerse you in the world of the 1st Brigade Combat Team, 82nd Airborne Division during the some of the Global War on Terror's most turbulent years and leave you wishing MacLeod reenlisted so he could write another book.
Read more
13 people found this helpful
Helpful
Report abuse
See all reviews

Robert Minifie
5.0 out of 5 stars Best read in a long time!
Reviewed in Canada on August 13, 2020
Verified Purchase
Book is very well written and entertaining to read. There is something for everyone in this novel, suspense, romance and western ruggedness. Definitely recommend this book.
Read more
One person found this helpful
Report abuse