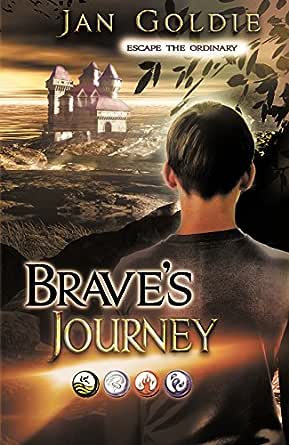 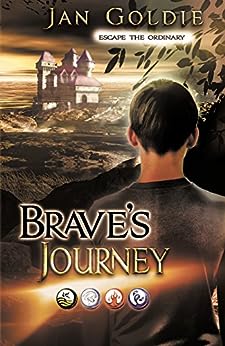 treadmill reader
5.0 out of 5 stars What if you found out you weren't from earth at all?
Reviewed in the United States on May 9, 2016
Verified Purchase
A boy brought up in this world finds out he is really from another world. A girl in that other world has strange dreams she doesn't dare share and danger is coming.

Told from the perspectives of Brave and True this adventure had plenty of action and plot to keep me going to the last page.

Lee Murray
5.0 out of 5 stars Arvalonia - a new Middle-earth for young readers...
Reviewed in the United States on September 2, 2015
When his long-lost Uncle Steadfast drops in to reveal that Brave is heir-apparent to another world, he doesn’t believe a word of it. He’s too busy coping with having no dad, no talent for the trumpet and the kind of mum who burns incense and chants weird tunes. Not to mention the little feud he’s got brewing with the school bully, Riley. You’d think Brave would be pleased to be sucked into a new life in the realm of Arvalonia, especially when that new life involves being a prince, owning a castle (sort of) and having some pretty neat magical powers. But things in Arvalonia aren’t all peachy, given that Brave has lost Uncle Steadfast and Mum en route, and the only help to hand are a stuck up girl named True, an ornery camel and fellow called Rat. Couldn’t someone have thought to tell him about the crocodillos and Stinkbuggies before he arrived? Or the little matter of evil Queen Mallevia and her ruthless green guards, who plan to chop off his head just as soon as they find him. Jan Goldie’s kingdom of Arvalonia is so well-drawn it becomes a character in itself with its fierce Inner Heat, dense jungle, and the menacing, meandering Sugarcane River, making Brave’s Journey the perfect choice for young readers on the look-out for an alternative to Hogwarts and Middle-earth. A richly-crafted fantasy adventure, Brave’s Journey is populated with tantrum-prone pre-teens, strange and mysterious creatures and malevolent baddies, but readers shouldn’t be fooled into thinking this is just another epic tale of good and evil. It’s also a gentle coming of age story, proving that awkwardness and humour is part of the process, no matter what world you hail from. A terrific read, not to be missed.

Amazon Customer
5.0 out of 5 stars An entertaining adventure in a new magical land.
Reviewed in the United States on September 24, 2015
Aimed at young teens, this highly engaging tale is compulsive reading for anyone. Despite a pile of work, my fingers kept itching towards the iPad, keen to know what would happen next in main character Brave’s adventure in the alternate world of Arvalonia. The initial set-up reminded me a little bit of Jennifer Fallon's Undivided series, with a normal Earth boy discovering his princely identity and being thrown in the deep end in an unfamiliar and magical world. However, this is a unique story aimed at a younger audience, with nothing derivative about it. The main characters are original, very relatable modern kids and even the minor characters are full of life and depth.

The world-building is impressively imaginative and detailed: one small point I liked was that the giant flying beast had a blue underside – immediately making me think of a biological adaptation to not being seen from below, in the way that fish have pale bellies (and it was a desert animal, so the sky was always blue!). OK, so my nerdy brain might be working overtime here, but I still got the feeling that no detail was there by chance, everything was well crafted and thought through, and the internal logic of the world worked.

The key thing about this book though of course is that it has a cracking story, told at a good pace with plenty of humour and in a contemporary style that would definitely appeal to its target audience, and more.
Read more
One person found this helpful
Helpful
Comment Report abuse

Eileen Mueller
5.0 out of 5 stars A Vibrant New World
Reviewed in the United States on November 25, 2015
Brave tries a crazy trick on the school bully, Riley, but it backfires badly. When Riley chases him for revenge, they are caught up in Brave's family drama and sucked into Arvalonia, a vibrant world where magic, adventure, and evil enemies await them. My daughter (13) and I love this book and hope for a sequel. A great, adventurous read for kids, with quirky, cool characters and great magic. Highly recommended. I hope to see more from Ms Goldie soon.
Read more
One person found this helpful
Helpful
Comment Report abuse
See all reviews