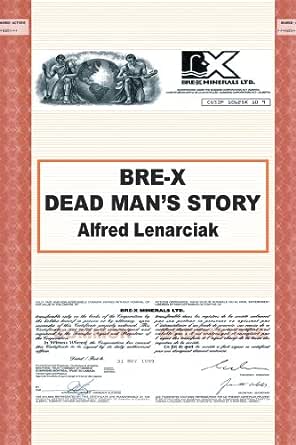 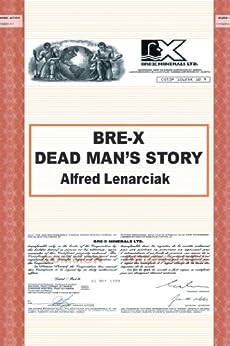 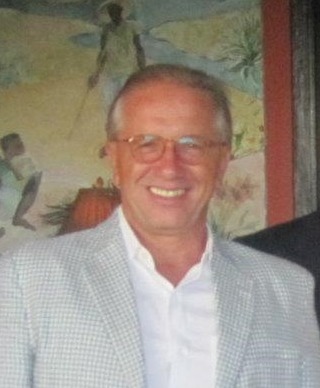 Alfred Lenarciak was born in Poland in 1950. He escaped the Communist regime in 1974 and immigrated to Montreal, Canada in 1975. Degrees in engineering and finance were the platform that allowed him to invest in mining companies all over the world over a span of 30 years. For the last decade, Alfred has been developing the ancestral estate of his wife in southern Italy. He currently resides in Nassau, Bahamas with his wife Barbara and devotes the time to investing, developing, writing and philanthropy. They have one son, Max living in Toronto. Besides golf, Alfred enjoys travelling, studying history, writing and walking on Old Fort Bay Beach with Mish, the family's trusty poodle. This is his second novel. --This text refers to an alternate kindle_edition edition.

3.5 out of 5 stars
3.5 out of 5
9 global ratings
How are ratings calculated?
To calculate the overall star rating and percentage breakdown by star, we don’t use a simple average. Instead, our system considers things like how recent a review is and if the reviewer bought the item on Amazon. It also analyzes reviews to verify trustworthiness.
Top reviews

RTM
1.0 out of 5 stars Not the true, behind-the-scenes, well-researched story of BRE-X that you are looking for...
Reviewed in the United States on September 11, 2017
Verified Purchase
Description of this book is a bit confusing - it is not a true story, it is a novel. It is also poorly written and barely edited; it is littered with typos.
Read more
Helpful
Comment Report abuse

ER
5.0 out of 5 stars an awesome book
Reviewed in the United States on April 6, 2014
Verified Purchase
This is a fascinating book. It reveals what really happened. Brilliant! A must read for anyone interested in one of the greatest scams ever.
Read more
Helpful
Comment Report abuse

JayAmazon
5.0 out of 5 stars Five Stars
Reviewed in the United States on February 18, 2016
Verified Purchase
Maybe one of the bests books I've ever read.
Read more
Helpful
Comment Report abuse

Customer
5.0 out of 5 stars Thrilling story about the fraud of the century
Reviewed in Canada on March 4, 2014
Verified Purchase
BRE-X: Dead Man's Story is a fascinating, endearing, genuine, no-filter story that takes the reader right into the very heart of a white collar crime saga that still stirs emotions and sparks heated debate to this day.

Above all, this is a novel (or more appropriately, 'faction') about a flawed protagonist who traverses narratives of hope, desperation, love, responsibility, and greed.

In the end, we know there were lots of BRE-X losers, but the author beckons the reader to reconsider who 'won' -- and more interestingly what propagated such a calamitous series of events -- us?
Read more
Report abuse

PETER BURES
5.0 out of 5 stars Amazing story based on real events
Reviewed in Canada on July 30, 2019
Verified Purchase
If one can get past the lack of editorial changes, this is truly an amazing story that everyone involved in the mining and natural resources sector should read.
Can’t recommend this enough
Read more
Report abuse

Jamie
1.0 out of 5 stars DO NOT BUY THIS BOOK
Reviewed in the United Kingdom on January 31, 2016
Verified Purchase
Simply the worst book I have ever read, EVER. Upon completing this book, I quickly placed it into the recycling bin so that the paper could be used for more productive purposes, such as toilet paper.
Read more
Report abuse
See all reviews