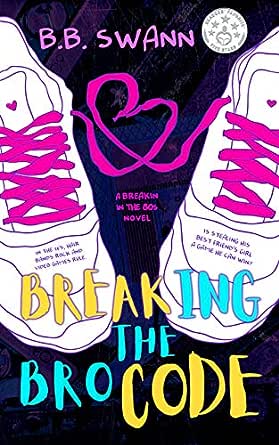 You've subscribed to Breakin’ in the 80s! We will preorder your items within 24 hours of when they become available. When new books are released, we'll charge your default payment method for the lowest price available during the pre-order period.
Update your device or payment method, cancel individual pre-orders or your subscription at
Your Memberships & Subscriptions
There was an error. We were unable to process your subscription due to an error. Please refresh and try again. 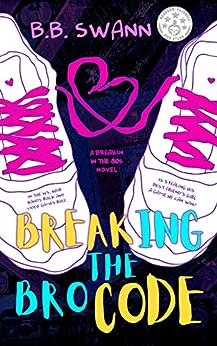 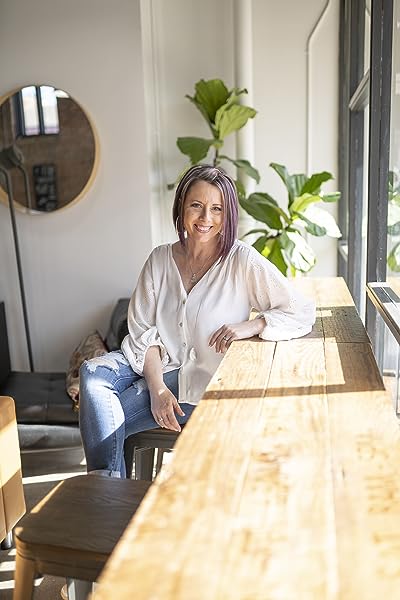 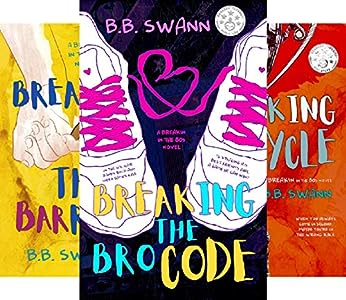 5 Stars - Congratulations on your 5-star review!

Reviewed By Liz Konkel for Readers' Favorite
Breaking the Bro Code by B.B. Swann is a teenage romance set in the 1980s about the choices that can change everything. Molly has the chance of a lifetime at a cross country scholarship and also has a dreamy boyfriend that knows just how to charm her so her life should be perfect. Except her dreamy boyfriend is cold and manipulative, creating constant friction with her best friend that hates him. Hayden has been in love with Molly since he met her. Too bad she's dating his best friend. When Molly's relationship hits some rough waters, Hayden takes a bold chance to show Molly that he could be the better guy for her and to prove to her that her boyfriend isn't who she thinks he is. Just as Molly and Hayden seem to be stepping towards a relationship, her boyfriend throws them a curveball that could destroy everything between them.

B.B. Swann captures the emotional struggle Molly faces through an honest voice that allows you to see inside a manipulative relationship. The story splits between the perspectives of Molly and Hayden so you're able to see both sides of their feelings and fully understand each of them. The romance has a fun mix of drama and sweetness as the two navigate going from friendship to something more. The story has plenty of drama throughout as Molly's boyfriend constantly lies, manipulates, and works to sabotage anything she could have for herself. Molly's best friend Cindy is a delight, completely overprotective and the kind of friend you'd want to have your back. She's scrappy and adds to the lighter moments in the story while also being both a driving force behind Molly and an obstacle in Molly's relationships. The story will appeal to young adults that love romance and drama as Breaking the Bro Code explores scholarships, fights, unhealthy relationships, friendships, and dating through the perspective of teenagers in the 1980s.
--This text refers to an alternate kindle_edition edition.

B.B. Swann wanted to be a writer when she realized writing words was easier than saying them out loud. Still, somehow she became a teacher, too and talks quite a bit. B.B. Swann lives in Southern Illinois with her two- and four-legged family members. She loves to run, binge watch Netflix health documentaries, and talk to her three teens when they have a minute to spare. Most nights you can find her reading or writing into the wee hours of the night. She believes in the almighty power of caffeine and battling old age with purple hair and lots of sarcasm. --This text refers to an alternate kindle_edition edition.

#ByFelicia
5.0 out of 5 stars Talk about a blast from the past!!
Reviewed in the United States on October 4, 2019
Verified Purchase
As a child of the 80s, this book brought back some great memories and some not so great memories. Two words... high. school. Literally like, gag me with a spoon. High school was the end all be all for us all at the time. It’s no different for Molly or Hayden. Molly just wants to focus on running so she can get her scholarship and get the heck out of dodge and the drama. Hayden has had a crush on Molly for over a year. So when he gets a chance, he takes his shot. But that proves to be harder than he thought. Insert more high school drama by the names of Trevor and Andrea. Both are the worst. We all knew someone like that in school and they were the ones that ruined it for everyone.

I liked Molly and her penchant for being on the straight and narrow. Gliding through school with great grades and just trying to maintain her goal of a track scholarship. But she raked on my nerves a few times. The phrase “book smart but lacks “street” smarts” comes to mind. Seriously, I wanted Cindy to smack her a few times. We should all have a bestie like Cindy. Loyal and a true ride or die friend to the end! Now Hayden, just a moment while I swoon please....*insert dramatic sigh with heart eyes*...he was VERY swoon worthy. So Hayden, he’s a jock with excellent soccer and leadership skills. He doesn’t play up to the typical player, king of the field, if you get my drift. Nope. He’s a romantic who wears his heart on his sleeve and only has eyes for one girl. Seriously, where were guys like this when I was growing up?! His buddy Mike is a sweetheart too and I can’t wait to read his and Cindy’s story next!! Now excuse me while I pop in my mixed tape and cruise the web for my next one-click. Like Doc said to Marty, “we don’t need wheels where we’re going!” #BackInTime #BringBackThe80s 😎
Read more
One person found this helpful
Helpful
Comment Report abuse

CS Books
5.0 out of 5 stars YA Romance at its Purest
Reviewed in the United States on June 26, 2017
Verified Purchase
4.5 stars, rounded up.

I didn’t know what the “bro code” was going into this novel, so I’ll explain that first. Apparently it refers to when a man shouldn’t think or, hit on, a girlfriend of one of his guy friends. And while you might think this premise leads to cheating in some way or form, this novel isn't about that, per se.

It’s about a girl named Molly who's living with her single mother (that tries to give her daughter the best life possible given her terrible situation). Molly is on the track team, is super good at it, and has a boyfriend named Trevor. Trevor, as everyone points out, is a dick because he’s constantly attempting to pressure Molly into sex, which Molly doesn’t want (because it could risk her running career).

In a ploy to mess with her emotions, Trevor dumps her (his plan to get back together with her after) but once she’s dumped, Molly gets drunk and kisses Hayden (Trevor’s good friend and a guy who has had a crush on Molly forever).

This is where that bro code thing comes in. Hayden doesn’t want to break the bro code by dating Molly, because she was Trevor’s girl, but at the same time he can’t keep himself away from her. What’s a guy going to do, am I right?

I don’t want to spoil the rest of the story, but suffice it to say, Molly and Hayden are adorable together, and everything that attempts to keep them apart is awful-fawaffle.

This story is YA contemporary romance through and through. If you like that genre, I’m certain you’ll enjoy this—drama and all.

I marked my rating a bit for the grammar. There are issues with commas and dialogue qualifiers, but no blatant misspellings or wrong uses of words. If you aren’t inconvenienced by small errors, you’ll be fine.

Ticia R. Metheney
5.0 out of 5 stars Are perms back in style?
Reviewed in the United States on October 30, 2020
Verified Purchase
A flood of memories hit me as my eyes raced across the paragraphs of this amazing book. I couldn’t seem to turn the pages fast enough.
I pictured popped collars, acid washed denim jackets covered in buttons, and my favorite penny loafers. I remember getting mixed tapes from boys who were to afraid to talk to me, so they let Motley Crue say it for them.
I love the bumpy teenage drama Swann laid out in the pages. I love the purity of young love, and crazy besties who go above and beyond. I even loved the intricacies of the antagonists.
I miss the 80’s. Thank you for the reminder.
Read more
One person found this helpful
Helpful
Comment Report abuse

Ljrwritenow
5.0 out of 5 stars A Satisfying Story of high school Athletes and Romance
Reviewed in the United States on May 27, 2019
Verified Purchase
I enjoyed this story. Believable characters and a really interesting plot interweaving a few different layers of high school life.
Read more
One person found this helpful
Helpful
Comment Report abuse

MamaStrong2825
4.0 out of 5 stars 4 Starts but still Worth The Read
Reviewed in the United States on August 26, 2017
Verified Purchase
I got into this book from the start. I couldn't give it 5 stars because it became a bit repetitive for me. However, for other readers to keep in mind, I'm also not a YA which is the target age. I'm 34. I think overall, this is a great story for high schoolers and learning about what really matters when it comes to relationships. Worth the read.
Read more
Helpful
Comment Report abuse

Sherry Colegrove
5.0 out of 5 stars Break the Bro Code Already
Reviewed in the United States on January 29, 2019
Verified Purchase
This was a great book! It brought back memories of high school and the 80's! So glad the bro code was broken! Trevor and Andrea are both jerks!
Read more
One person found this helpful
Helpful
Comment Report abuse

Sarah
5.0 out of 5 stars Great and Entertaining Read
Reviewed in the United States on December 23, 2019
Verified Purchase
This novel has a great mix of romance, comedy, and drama. Realistic and relate-able characters and the constant question of "What's going to happen next?" kept me interested. This coming-of-age story is perfect for the YA reader.
Read more
One person found this helpful
Helpful
Comment Report abuse
See all reviews