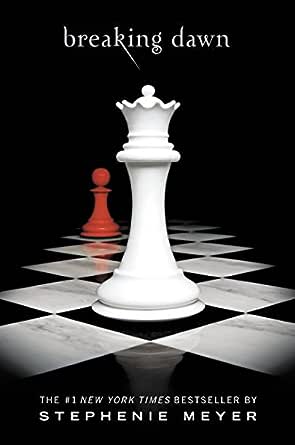 You've subscribed to The Twilight Saga! We will preorder your items within 24 hours of when they become available. When new books are released, we'll charge your default payment method for the lowest price available during the pre-order period.
Update your device or payment method, cancel individual pre-orders or your subscription at
Your Memberships & Subscriptions 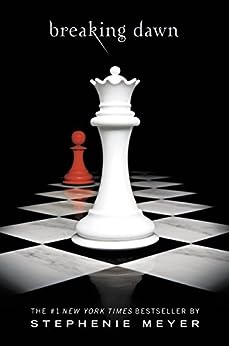 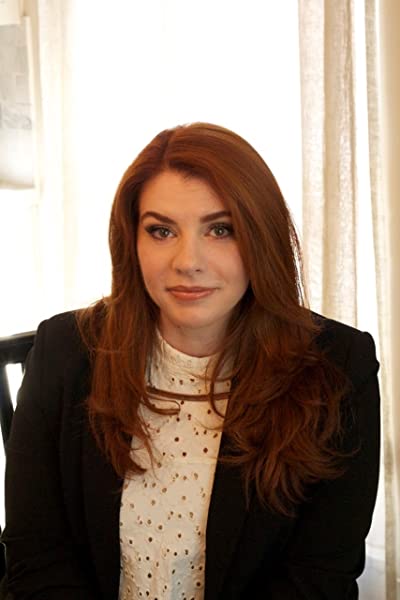 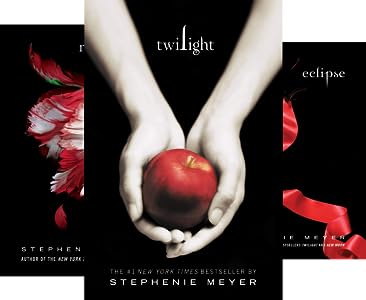 Great love stories thrive on sacrifice. Throughout The Twilight Saga (Twilight, New Moon, and Eclipse), Stephenie Meyer has emulated great love stories--Romeo and Juliet, Wuthering Heights--with the fated, yet perpetually doomed love of Bella (the human girl) and Edward (the vampire who feeds on animals instead of humans). In Breaking Dawn, the fourth and final installment in the series, Bella’s story plays out in some unexpected ways. The ongoing conflicts that made this series so compelling--a human girl in love with a vampire, a werewolf in love with a human girl, the generations-long feud between werewolves and vampires--resolve pretty quickly, apparently so that Meyer could focus on Bella’s latest opportunity for self-sacrifice: giving her life for someone she loves even more than Edward. How close she comes to actually making that sacrifice is questionable, which is a big shift from the earlier books. Even though you knew Bella would make it through somehow, the threats to her life, and to her relationship with Edward, had previously always felt real. It’s as if Meyer was afraid of hurting her characters too much, which is unfortunate, because the pain Bella suffered at losing Edward in New Moon, and the pain Jacob suffered at losing Bella again and again, are the fire and the heart that drive the whole series. Diehard fans will stick with Bella, Edward, and Jacob for as many twists and turns as possible, but after most of the characters get what they want with little sacrifice, some readers may have a harder time caring what happens next. (Ages 12 and up) --Heidi Broadhead --This text refers to an out of print or unavailable edition of this title.

Praise for Breaking Dawn:
#1 New York Times Bestseller
#1 USA Today Bestseller
#1 Wall Street Journal
"A wild but satisfying finish to the ballad of Bella and Edward." - Time
"Captivating." - School Library Journal
"Witty writing... a fun read." - Chicago Tribune
"Rowling may be handing her magic wand to Meyer." - USA Today --This text refers to an out of print or unavailable edition of this title.

Stephenie Meyer is the author of the #1 bestselling Twilight Saga and The Host. She graduated from Brigham Young University with a degree in English literature, and she lives with her husband and three young sons in Arizona. --This text refers to an out of print or unavailable edition of this title.

It might seem redundant to dismiss the fourth and final Twilight novel as escapist fantasy--but how else could anyone look at a romance about an ordinary, even clumsy teenager torn between a vampire and a werewolf, both of whom are willing to sacrifice their happiness for hers? Flaws and all, however, Meyer's first three novels touched on something powerful in their weird refraction of our culture's paradoxical messages about sex and sexuality. The conclusion is much thinner, despite its interminable length. [...] But that's not the main problem. Essentially, everyone gets everything they want, even if their desires necessitate an about-face in characterization or the messy introduction of some back story. Nobody has to renounce anything or suffer more than temporarily--in other words, grandeur is out. This isn't about happy endings; it's about gratification. A sign of the times? Ages 12–up. Copyright © Reed Business Information, a division of Reed Elsevier Inc. All rights reserved. --This text refers to an alternate kindle_edition edition.

This final novel in Meyer's popular teen vampire series is sure to satisfy fans, even with its somewhat fizzled-out ending. Unfortunately, narrators Ilyana Kadushin and Matt Walters do little to enhance the tension, romance, and excitement of the plot. Kadushin's voice is lovely to listen to when she reads Bella's sections, but she adds little inflection or vocal variation among speakers, resulting in whole sections where the listener is unable to identify which character is talking. Walters's performance is certainly more varied and more effective, but his characterization of Jacob's narration sounds contrived���a caricature of what an angsty teenage werewolf "should" sound like���gruff, angry, and loud. One wonders if the all the hype surrounding Meyer's series encouraged a rushed job on this audiobook. A.A. © AudioFile 2008, Portland, Maine --This text refers to an alternate kindle_edition edition.

Grade 9 Up—Meyer closes her epic love story of a human, a vampire, and a werewolf in this, the final installment of the saga. The story opens with Bella and Edward's wedding, and relations between Jacob and Bella remain uneasy. On honeymoon and unshackled from any further concerns about premarital sex, Edward fulfills his promise to consummate their marriage before he changes Bella into a vampire. An unexpected conception throws their idyllic world back into chaos as factions (both wolf and vampire) battle over whether or not to destroy the potential monster that is killing Bella from within. The captivating angst, passions, and problems manage to satisfyingly fill pages where surprisingly little action takes place, even after the powerful child's birth brings the Cullen family under the scrutiny of the Volturi. The international cadre of vampires who come to the Cullens' aid are fascinating, but distract from the development of prime characters at a pivotal moment. The novel begins and ends with Bella's voice, while Jacob narrates the middle third of the tale, much like the final pages of Eclipse (Little, Brown 2007). While darker and more mature than the previous titles, Meyer's twists and turns are not out of character. Fans may distress as the happy ending for everyone, including a girl for Jacob, lessens the importance and pain of tough decisions and difficult self-sacrifices that caused great grief in previous books, but they will flock to it and enjoy it nonetheless.—Cara von Wrangel Kinsey, New York Public Library
Copyright © Reed Business Information, a division of Reed Elsevier Inc. All rights reserved. --This text refers to an alternate kindle_edition edition.

To be irrevocably in love with a vampire is both fantasy and nightmare woven into a dangerously heightened reality for Bella Swan. Pulled in one direction by her intense passion for Edward Cullen, and in another by her profound connection to werewolf Jacob Black, she has endured a tumultuous year of temptation , loss, and strife to reach the ultimate turning point. Her imminent choice to either join the dark but seductive world of immortals or pursue a fully human life has become the thread from which the date of two tribes hangs. Now Bella has made her decision; a startling chain of unprecedented events is about to unfold with potentially devastating and unfathomable consequences. Just when the frayed strands of Bella's life--first discovered in Twilight, then scattered and torn in New Moon and Eclipse--seem ready to heal and knit together, could they be destroyed...forever? The astonishing, breathlessly anticipated conclusion to the Twilight Saga, Breaking Dawn illuminates the secrets and mysteries of this spellbinding romantic epic. --This text refers to an alternate kindle_edition edition.
Read more