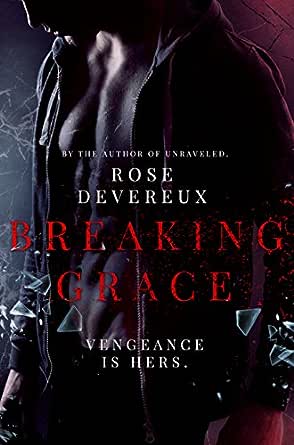 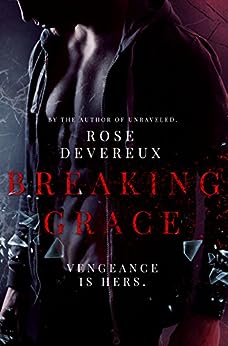 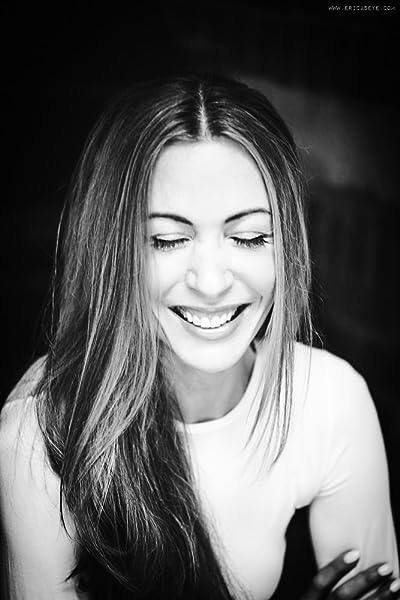 4.6 out of 5 stars
4.6 out of 5
90 customer ratings
How does Amazon calculate star ratings?
Amazon calculates a product’s star ratings based on a machine learned model instead of a raw data average. The model takes into account factors including the age of a rating, whether the ratings are from verified purchasers, and factors that establish reviewer trustworthiness.
Top Reviews

Raevenwolf
5.0 out of 5 stars Delicious and Decadent
Reviewed in the United States on October 27, 2017
Verified Purchase
This story delighted me in ways I never thought possible. I typically HATE characters like how Grace was in the beginning. The whole virgin trope is a bit saturated, but Rose made me sit back and keep my bile and vitriol in.

As the story unfolded, you got to know and understand Grace a lot better and she became a much more likeable character in my book. I liked the person Bram had shaped her into being after shattering her world and ripped off the rose coloured glasses. She was strong and independent and didn't hide anymore. She was alive and strong and willing (and able) to stand up to Bram.

Now, I liked Bram right from the start. But I'm a sucker for Rose's men. Marc's my favorite (Descended/Red Blindfold Series) but Bram is working on him.

As the story unfolded, you again got to know and understand Bram and understood how his life was as a child and how those experiences had shaped and molded him into the man he was and how he interacted with Grace. I loved how Grace changed him from being a ruthless business man to being a good man.

Their story is twisted and messed up completely, but that's what makes this such a wonderful read. I have never been disappointed with Rose's books and I look forward to the next one. Hopefully there are additional books because I'm curious as hell about Black Halo...
Read more
One person found this helpful
Helpful
Comment Report abuse

Elaine Holcomb
5.0 out of 5 stars A shattered woman, that needs to be Broken to be Whole!!
Reviewed in the United States on October 24, 2017
Verified Purchase
An outstanding read by Rose Devereux! She tells the story of Bram and Grace that starts with a murder that has no justice, which leaves Grace spiraling out of control with her mourning. She's the good girl who has always felt she wasn't good enough, that she wasn't what or who her parents wanted... Ugh, her parents, lets just say NO ONE should have them for parents!! Now Bram, he can be a total butt, he's hard and in control and even though there might be a reason behind the murder, it's not revealed till much later, but he can't shake her, he sees her in his mind all the time and he thinks even with her hating him, he can help her. There is something he sees in her that makes him want to protect, fix, heal and win her. I love how Rose wrote both of her characters, Bram is hardened, but with Grace you see him soften and Grace is lost with nothing but misery leading her. The emotions she writes draws you in, the lies and pain with each of them, you want them to find peace, happiness and love with each other. Will Grace be able to handle the way Bram plan to break her, so she can be stronger, with hopes that she'll choose him as well? And at what cost to himself? What transpires in this book is outstanding and will have you reading it in one sitting!! I will definitely read more and more from Ms. Devereux as she kept me so wrapped up in Bram and Grace and their journey.
Read more
One person found this helpful
Helpful
Comment Report abuse

Miss Betty
5.0 out of 5 stars Beautiful dark love story!
Reviewed in the United States on October 24, 2017
Verified Purchase
Rose Devereux gives me the hardest word-gasms ever!
Sentences like:

"Every time she looks at me, it feels like sucking on jagged glass. Even though it hurts like h***, there's something beautiful about it. I shouldn't relish the way it cuts, but I do."

Grace Garrett is a good girl. Her fiancé was killed two years ago, and she is still mourning the loss. She is trying to forget that his killer walked away without justice being served and it's eating her from the inside.
Bram Russell mocked her in court. Not with words, but with his arrogance and she can only get through the days by working so hard, she forgets everything for a little while.

Bram Russell is bored to death. He has everything he ever wanted and everything he does; he does like a robot. But he can't forget Grace Garrett. Her perfect body and face keep him awake at night. Her lying, perfect mouth and lips make him moan when it's dark in his bedroom.
And he would really like to teach her a lesson.
One night his wishes come true, and he gets Grace in his house, and he is free to make her into the beautiful submissive he knows she can be.

"She thinks I'm toying with her. I'm a predator, and predators like to tease their prey before they shake it to death by the neck."

Bram is an alpha male with a very colorful past. He has been a soldier of fortune, an interrogator for the Polish government, a master at a school called Black Halo, and that was not an ordinary school. He is rough and raw but at the same time thoughtful and caring. He had me on my knees the minute the book started.

Grace is lost. She is struggling with guilt from never being the boy her father wanted. She feels guilty for lusting after Bram when he is her sworn enemy. She is broken but yet so strong, and I absolutely adored her through the entire book.

Rose Devereux is the Queen of plots. She knows how to keep her readers captured with a scheme that just goes on and on. But I always know that she will reveal everything in the end and give me a Happy Ever After.
Her characters are complex and developed. She has a way of describing her characters that's just riveting.

"I've never heard her laugh before. It sounds like gravel hitting a window."

And it just gets under my skin, and I want more and more.

I'm a huge fan of Rose Devereux's writing, and perhaps I'm not the right person to review her books if that clouds my vision? But I also read a lot of books and Rose Devereux is one of the few authors where I don't even have to read the blurb before I decide if I want to read her book or not. I just have to know what she has come up with next!

Thanks to Rose Devereux for this dark but magical advanced copy.
Read more
Helpful
Comment Report abuse
See all reviews from the United States

Philomena(Cheekypee)
5.0 out of 5 stars Fab read
Reviewed in the United Kingdom on October 29, 2017
Verified Purchase
I’ve not read anything by this author before but after reading this that’s definitely gonna change.

I absolutely loved this story. It was like eating my favourite bar of chocolate. I wanted to devour it but in the other hand I wanted to taste it slowly.

I thought this was a really well written story with a great storyline. I loved both characters Bram and Grace, I clicked with them straight away.

Bram and Grace haven’t had it easy. Despite everything Bram is close to fulfilling his long term ambitions. He’s finally getting there when Grace enters his life and everything changes. As much as I liked thinking Bram was the bad guy his soft side was so good too.

An excellent read.
Read more
One person found this helpful
Helpful
Sending feedback...
Thank you for your feedback.
Sorry, we failed to record your vote. Please try again
Report abuse

Kathleen Biblophile
5.0 out of 5 stars Loved It
Reviewed in the United Kingdom on January 21, 2018
Verified Purchase
An amazing thriller of a story that kept me on my toes till the end highly recommended!!!! Will be checking out other by this author for sure
Read more
Helpful
Sending feedback...
Thank you for your feedback.
Sorry, we failed to record your vote. Please try again
Report abuse

Amazon Customer
5.0 out of 5 stars Wow
Reviewed in the United Kingdom on July 25, 2018
Verified Purchase
Omg, I absolutely loved this book, I couldn't put it down, such brilliant writing, amazing story, cannot wait to read another book by Rose Devereux
Read more
Helpful
Sending feedback...
Thank you for your feedback.
Sorry, we failed to record your vote. Please try again
Report abuse

Pedsrn1988
5.0 out of 5 stars Beautiful story
Reviewed in Canada on October 24, 2017
Verified Purchase
I volunteered to read an ARC for an honest review for the author - I absolutely loved this book. It ignited so many warm emotions in me. I so much wanted the problems between Bram and Grace to work out. I was cheering for both their releases from the pain and shadows and lies. I loved how Bram gave everything to Grace, risking his own demise. The most important though for me was message of "a love so strong will never die".
Read more
Helpful
Sending feedback...
Thank you for your feedback.
Sorry, we failed to record your vote. Please try again
Report abuse