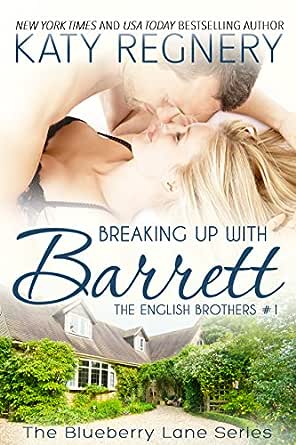 You've subscribed to The English Brothers! We will preorder your items within 24 hours of when they become available. When new books are released, we'll charge your default payment method for the lowest price available during the pre-order period.
Update your device or payment method, cancel individual pre-orders or your subscription at
Your Memberships & Subscriptions
There was an error. We were unable to process your subscription due to an error. Please refresh and try again. 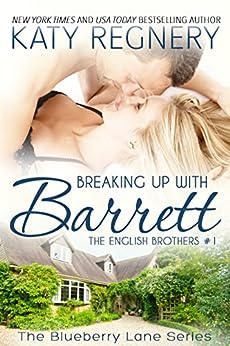 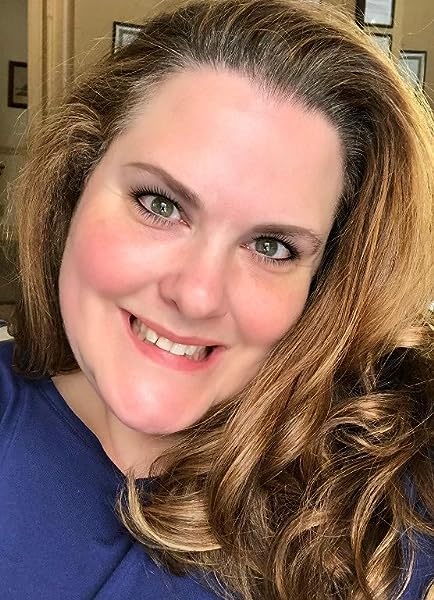 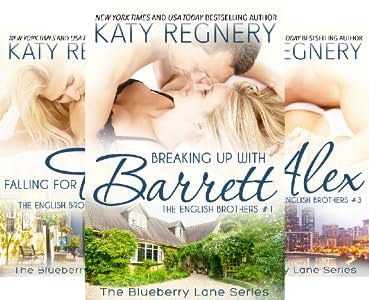 ~"Katy Regnery, the author of Breaking Up with Barrett has written a wonderful story that I just could not walk away fromtoday. It is truly sigh worthy. I so wish I could keep Barrett asmine, although I suspect I will feel the same way with all of thebrothers." -- Martha Lawson, Goodreads reviewer

~"Breaking Up with Barrett is the first novel in Katy Regnery's outstanding newseries, The English Brothers. From the moment I sat down with myKindle, I immediately fell in love with Emily and Barrett." --Tami Talbert, The Book Enthusiast

~"I just want to start out by saying I'm SO glad there are more bookscoming in this series, because if the rest are as wonderful as BreakingUp with Barrett, I foresee a LOT of fantastic reading in my future!" --Carra, Goodreads reviewer

~"In her latest literary gem, Katy Regnery introduces us to Barrett English, one of five English brothers who we'll meet over the course of the next few months. Barrett is exactly what you're thinking he is - tall,dark, handsome, rich, pompous and secretly incredibly sweet and romantic..." --Summer, Read|Tweet|Repeat

~"Another great read from Katy Regnery!! If you haven't read any of her books,this is a great introduction. She can weave a story like no other. Itwill leave you with the most enjoyable book hangover." --Lena, Smut & Bonbons

I havenever tried writing a love story that starts when the hero and heroineare children, but I absolutely loved writing Barrett and Emily's story. I love the thought that someone you've - literally - known your entirelife could turn out to be the love of your life...after a few obstacles, of course. ;)

Come find me at facebook.com/katyregnery or at katyregnery.com!
See all Editorial Reviews

Ivy D.
VINE VOICE
5.0 out of 5 stars Very impressed - can't wait to get to know all the English brothers :)
August 10, 2014
Format: Kindle EditionVerified Purchase
Emily, the gardener’s daughter, has known Barrett “The Shark” English her entire life. She’s pretending to be his fake fiancee, accompanying him for business dinners, etc. Til one night, she decides to poke the shark, and gets much more than she bargains for. She breaks up with him, but he’s not letting her go so easily….

The Good
I couldn’t resist the description - it had a very Sabrina-esque vibe to it, if Sabrina had fallen for Linus from the beginning, instead of David. I was not disappointed. At all. Emily and Barrett are destined for each other and it is laid out for the reader from the very first page. Barrett’s protective love for Emily is just what I love reading about.

Their chemistry is compelling and the anticipation for their love scenes builds steadily throughout the story - there really is something to be said for building that tension...when it finally happens, it’s satisfying for the reader and the characters lol.

The best part of reading this was a refreshing maturity from a relatively young characters - when the climax of the story occurs, Emily handles herself in a composed and intelligent fashion, which was a pleasant surprise.. Actually, most of the characters seemed grounded and have believable emotional reactions, , as opposed to the overly dramatic actions I’m accustomed to rolling my eyes about.

This is part of a series, but it is not a cliffhanger and each brother will get his own book.

The Minor Quibbles
I can see where some folks may have an issue with the age difference (at the start of this story Emily’s 24 and Barrett’s 32), if only because of certain scenes where Barrett clearly loves her when she’s in her teen years. I think it just adds to their history, but some may not feel comfortable with that.

Barrett’s main deception seemed a bit shortsighted for a character portrayed as a smart businessman. But it didn’t affect my ultimate enjoyment. The class issue is almost background, barely a consideration.

The Bottom Line
I really, really enjoyed this book and definitely recommend it. I’m looking forward to reading about the other brothers. I would happily read more of Ms. Regnery’s books.

Kathy @ My Nook, Books & More
5.0 out of 5 stars Another Amazing Story from Katy Regnery!
July 31, 2014
Format: Kindle EditionVerified Purchase
Breaking up with Barrett is the first book of Katy Regnery’s new series, The English Brothers. Katy has created another heartwarming series that mixes steamy romance, a sense of family unity and character growth that I love about her books.

In Breaking up with Barrett we meet Barrett English, the wealthy CEO, and Emily Edwards, the daughter of the English family’s gardener and housekeeper. Barrett and Emily have known each other since they were children. But because of their age gap (and social status) their relationship had been cordial. When Barrett needs a “fiancé” to help with his business deals he turns to Emily (his one and only choice for the “job”). I loved seeing the sparks between Barrett and Emily. Barrett is known as the “shark” of the investment world but I got a better understanding of his character. He is the first born son so he does have more responsibility on his shoulders. But we see a caring and loving side of him even though it is rough and intimidating. But that is why Emily is the perfect balance for their relationship. She is smart, caring and beautiful. Even though she is younger she is really mature and offers friendship and support while “working” with Barrett. I loved this couple!!

This Novella may be short but it is filled with the perfect amount of drama & romance to satisfy readers. With author Katy Regnery's books it is always the focus of the relationship between Barrett & Emily. We don't get lost & bored with too many details of the locations or their mundane life. This had the right balance for me to get to know Barrett & Emily individually and as a couple. My only complaint is that I didn't want this story to end! I want to spend more time with this couple and hopefully Katy will continue their story in another book.

Katy Regnery's writing and creativity continues to flourish with each book. The heat of the passion increases but continues to emphasize the love between her characters. That's what I love about this author. I know that I will be entertained with the right amount of drama and passion that keeps me coming back for more.