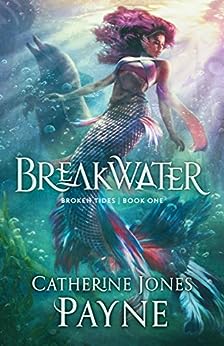 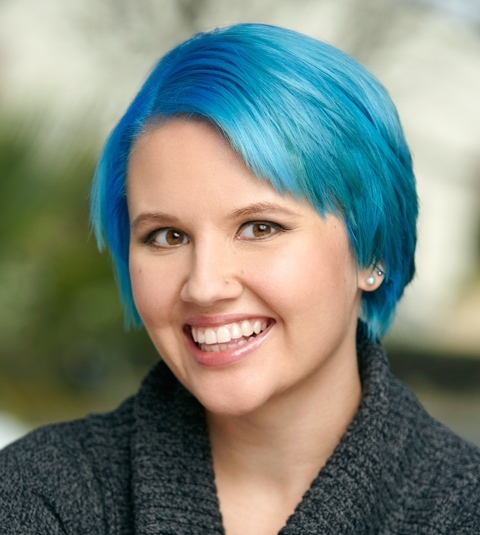 
A red tide is rising.

Seventeen-year-old Jade is recently engaged to a handsome soldier and about to choose her own career. But she didn't expect to witness a murder.

When her fiancé kills a naiad, plunging the underwater city of Thessalonike into uproar, tensions surge between the mer and the naiads. Jade learns too late that the choices she makes ripple further than she'd ever imagined. And as she fights against the tide of anger in a city that lives for scandal, she discovers danger lurking in every canal, imperiling her family and shattering the ocean's fragile peace.

Can the city's divisions be mended before the upwelling of hate rips apart everything Jade loves?

Breakwater is the spine-tingling first novel in a complete trilogy of YA mermaid fantasy books. If you like enigmatic mystery, stirring romance, and harrowing intrigue, you'll love Catherine Jones Payne's riveting underwater world.

Next 3 for you in this series See full series
Total Price: $14.97
Books In This Series (3 Books)
Complete Series
Broken Tides Stories
Kindle Edition
Page 1 of 1Start OverPage 1 of 1
Previous page
Next page

"A compelling story about helping others at great personal cost. With artful world-building, skillful dialogue, and a powerful message, Breakwater is a book you can immerse yourself in with an ending you won't believe." -New York Times bestselling author Tosca Lee

"Breakwater has it all: a lifelike merworld, political intrigue, emotional wreckage, and--of course--murder. My only disappointment is having to wait for the sequel!" -Carol Award-winning author Nadine Brandes

"Woven through with intrigue and a touch of romance." -Carrie Anne Noble, award-winning author of The Mermaid's Sister

Catherine Jones Payne is a Seattle native who loves the written word, international travel, crashing waves, and good coffee. Her earliest memory involves pulling up a rolling chair to her parents' old DOS computer-while wearing a tiara, naturally-and tapping out a story of kidnapped princesses. By day she's the managing editor of Quill Pen Editorial and the editor of Splickety Magazine. She lives in Waco, TX with her historian husband, Brendan, and their cats, Mildred and Minerva. --This text refers to the paperback edition.

4.3 out of 5 stars
4.3 out of 5
154 global ratings
How are ratings calculated?
To calculate the overall star rating and percentage breakdown by star, we don’t use a simple average. Instead, our system considers things like how recent a review is and if the reviewer bought the item on Amazon. It also analyzes reviews to verify trustworthiness.
Top reviews

Janine
1.0 out of 5 stars Disappointing and jumbled mess of a story
Reviewed in the United States on December 4, 2020
Verified Purchase
I was drawn into Breakwater with the pretty cover. Sadly, what’s inside was a big disappointment, with sparse world building with little to no context, pacing that’s sometimes too fast and all over the place, and characters I didn’t care too much for. I slogged through from start to finish, hoping something would at least stick out, but sadly, never happened.

The story fell apart from the very start; and the most obvious sticking point was the world building and setting, or how sparse and lacking of context it had. While it has some interesting tidbits, almost none of it was developed properly, or by the time it was explained, it was too little, too late. Like why the Mer and Naiad were fighting with each other, the government system (especially in a book where politics plays a major role in the story, it’s bare bones at best with only vague hinting at certain things to create drama), how Jade’s father died, and it’s just about everything. It throws a bunch of things at you with little to no context for why it’s important and refuses to explain things at a revenant time. That, combined with a lack of a sense of place, and considering that this setting is underwater, makes the problem ten times worse than a land based setting (I had no idea what was where, and certain things didn’t make sense in an underwater society), made the world a jumbled mess in my head the whole way through.

The pacing was all over the place; it felt too fast most of the time, unable to give us a breather and understand what exactly was going on and why it was important. Things were happening, but plot twists and turns felt blah to me each time they turned up. And the plot itself felt muddled, had interesting potential, but it just felt flat.

There were too many characters to keep track of and throughout, I got confused what role each of them played. They would pop in and out almost and I tried to figure out what they are supposed to do, but sadly, I only got an idea of Jade and Tor, and even they felt flat and I was baffled at Jade’s choices several times in the story. I had no clue what her character was or what she actually wanted to do, and felt almost wishy washy at points. Almost none of the characters had proper development and I couldn’t really remember them. The cast could have easily been cut in half or more without much being lost.

Also, chapter 18 had a strange formatting change in the middle of the chapter for a few pages, it was just odd to see. Overall, this needed more editing, but it was a fast read.

That last plot twist felt like another shocking swerve and did not entice me to read any more of the series sadly. Near the top of my most frustrating and boring reads of 2020.
Read more
4 people found this helpful
Helpful
Report abuse

Chris Morris
4.0 out of 5 stars A Surprisingly Engaging Mermaid Story (for a dude even)
Reviewed in the United States on June 1, 2017
Verified Purchase
I’ll be honest with you – I wasn’t thrilled with the premise for this book as I understood it. I saw it was a mermaid book, and I immediately thought about Ariel, silly heroines, and overwrought evil underwater witches. But, I was pleasantly surprised almost as soon as I started reading this great debut novel by Catherine Jones Payne.
There is definitely some naivete in the beginning by the heroine Jade, but it’s to be expected because she’s is a young adult. But, I’m happy to report this is not your typical young adult fare, with unrealistic attractions, love at first sight, and impulsive choices.
Instead, Breakwater is an in-depth look at political intrigue that happens to be set in a mermaid city. The leader of the city is starting to lose power, and Jade’s family must tread carefully as one of the strong supporters of the king. Jade’s mother is trying to teach her how to think strategically about the political consequences of her choices. Instead of listening though, Jade makes her own decisions, and must deal with the practical and emotional impact of her mistakes.
There is also a somewhat dark look at prejudice and its impact on individuals and society through the mermaids and naiads. Jones Payne speaks through her narrative about the dangers of racial tensions, the way friendships and family can be wrecked by prejudice, and how sometimes there is no easy solutions. Yet she holds out hope for reconciliation through individual friendships and choices, despite the societal pressures.
Best of all, there is a surprise ending. Something that you would never expect or see coming, and yet it fits perfectly with the rest of the narrative. Breakwater might be the perfect summer read.
Read more
13 people found this helpful
Helpful
Report abuse

Emmelinne
4.0 out of 5 stars Mermaid Fantasy
Reviewed in the United States on November 12, 2020
Verified Purchase
Breakwater is a mermaid fantasy novel. When Jade’s arranged-marriage fiancé murders someone, Jade’s life is thrown into chaos and she becomes involved in an interclass struggle in her city.

Breakwater was a pretty cool book. Unlike most mermaid novels, this book was not a romance. It was more of a mystery story with some action and social inequality. The culture of the mer-city was Greco-Roman; even the city’s name appears to be based off of a historical city. There was an elite class, which Jade was a part of, and a low class, and the elite class often looked down on the low class. Jade was discovering just how much the low class was mistreated and deciding what to do about it.

All in all, it was an interesting story that I would recommend. The cover is absolutely fantastic!

I received a complementary copy of this book. All opinions are my own, and I am not obligated to provide a positive review.
Read more
One person found this helpful
Helpful
Report abuse

Daewalker1
4.0 out of 5 stars This Is No Little Mermaid Tale!
Reviewed in the United States on August 6, 2018
Verified Purchase
This is a NON-SPOILER REVIEW. Breakwater by Catherine Jones Payne is Book 1 in the Broken Tides series. This is a YA mermaid fantasy by a new author that shows a lot of promise. This mermaid tale focuses on the politics of life under the sea as experienced by a 17 year-old. The story was interesting and addictive with lots of action and emotion. This clean read is the opening salvo of a series that has the potential to be a new Percy Jackson or Harry Potter. With a strong message of the consequences of intolerance, this is a coming of age story that will make you stop and think. There could be more detail in the world building, but overall this is a series that shows promise.
Read more
5 people found this helpful
Helpful
Report abuse
See all reviews

daniela comparini
4.0 out of 5 stars Wonderful
Reviewed in Italy on September 18, 2018
Verified Purchase
I love the world building , the character. And all the book .
Read more
Report abuse
See all reviews