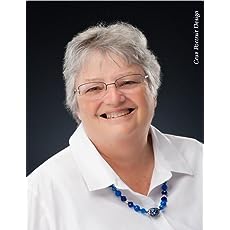 I was educated in Boston and now live in Florida. I came to writing late in life and find I really enjoy the people I meet.

My grandson is my inspiration for the Hayden books. He is a bright and creative companion. I write for my grandson that he might know how much his grandmother loved him. He loves to explore his world and I try to reflect that in the Hayden books.

My new passion is adult mystery novels. I recently received the President's Award from the Florida Authors and Publishers Ass. at an event in Orlando Florida for my novel Honey Tree Farm - For the Love of the Beekeeper's Daughter. My book Broken Branches recently received an award from Authors Talk about it. Sailing away to Nod received a silver award in 2018 from the Florida Authors and Publishers. I'm thrilled that others are enjoying my books.

I'm a past President of the Sarasota Branch of the National League of American Pen Women. I love the art and culture that the Sarasota area has to offer. There are just so many wonderfully creative people here.
I'm a member of the Sisters in Crime, Sarasota Authors Connection, and the Florida Writers Ass.

I am the founder and president of ABC-Books, Inc. a networking organization to help other self-published authors connect and share information. We are now a 501c3 and promote literacy in the area.
Read more 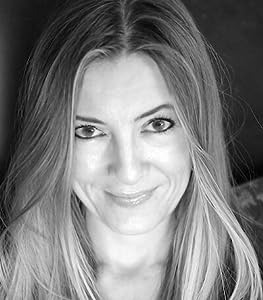 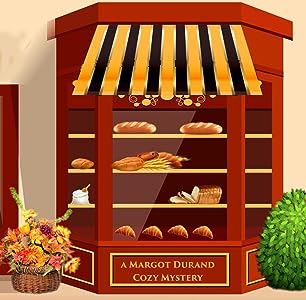 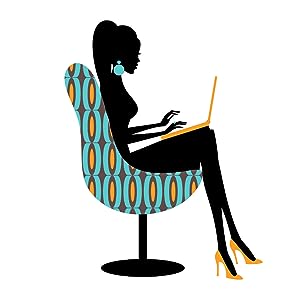 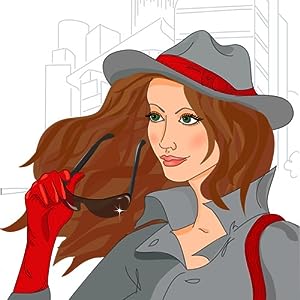 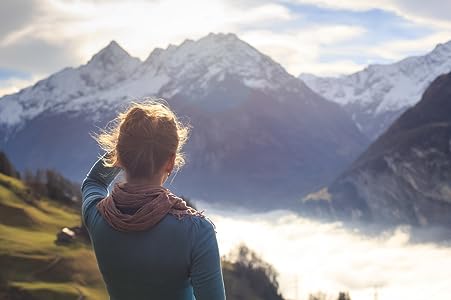 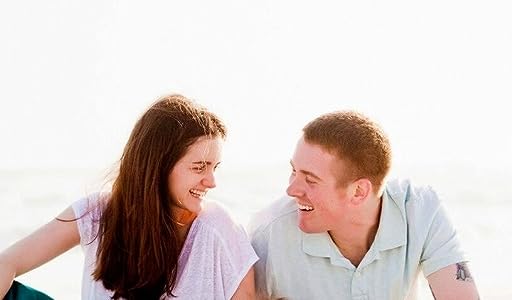 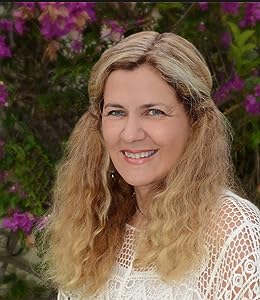 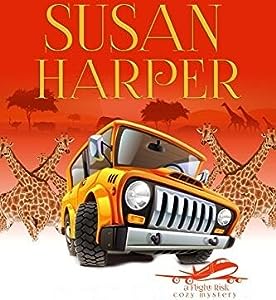 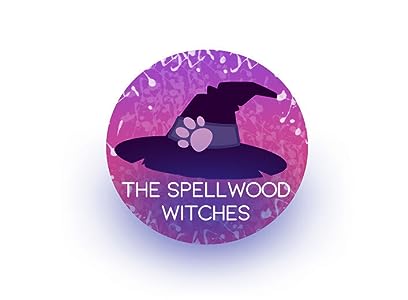 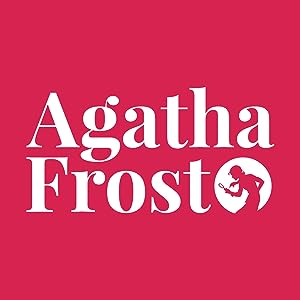 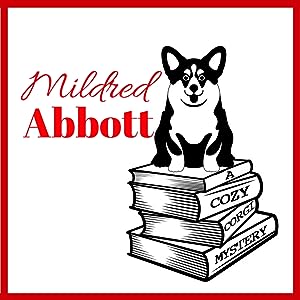 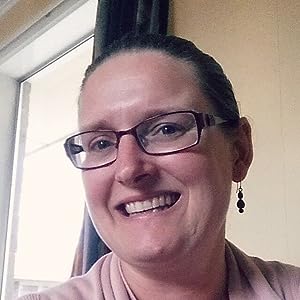 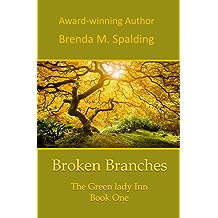 Broken Branches (The Green Lady Inn Book 1) Nov 1, 2016
by Brenda Spalding
( 33 )
$0.00
A young woman, Megan, discovers powers she never knew she had after receiving a valuable gift at the reading of her grandmother’s will.
Strange things are going on at the house she inherited. Her Gran suspected there were ghosts rummaging in the attic.
Megan and her newfound friends begin to follow her visions and clues left 150 years ago to find a lost family treasure.
What they don’t know is that someone else is after the same treasure and will stop at nothing to get there first.
Explore Salem Massachusettes and learn a bit about its history as this paranormal mystery unravels. 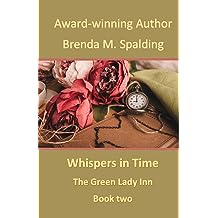 Whispers In Time (The Green Lady Inn Book 2) Apr 25, 2017
by Brenda Spalding
( 7 )
$0.00
A mystery with a paranormal twist. Visions of the past led to the discovery of a lost family treasure. Megan's gift is getting stronger and she is hearing voices warning her of dangers to come. A valuable painting is stolen from the Longstreet Gallery. She has unexpected guests at the Green Lady Inn, could one of them be a thief and a murderer?

contains an excerpt from Honey Tree Farm - For the Love of the Beekeeper's Daughter
Read more
Other Formats: Audible Audiobook , Paperback 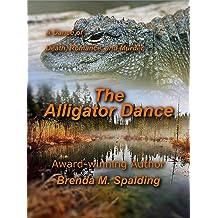 A Dance of Death, Romance, and Murder

Visitors hiking Manasota State park in Florida are horrified to discover the partial remains of an apparent alligator attack. Finding evidence of poaching, Park Ranger Seth Grayson and Florida Wildlife Commission Officer Liz Corday are determined to find out who sent the victim to his death.  The poachers will stop at nothing to protect their illegal profits. The body count mounts and threats are made, putting Seth's and Liz's life on the line.

Realizing they are attracted to each other; emotions get complicated for Liz and Seth. Is it only catching the poachers drawing Seth and Liz together, or is there something deeper and more lasting?

"What other authors and wildlife officials say about, The Alligator Dance"

An exciting tale of greed and corruption and what it takes to protect Florida's endangered animals and those that fight for them. -  Susan Klaus - Award-winning author of the Christian Roberts Thriller Series.

Brenda Spalding's attention to detail in her research is flawless. A thriller that will keep you turning the pages to the very end. -  Florida Fish and Wildlife Commission Officer Bill Robb 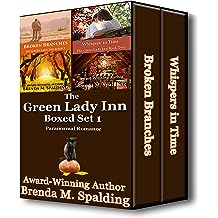 The Green Lady Inn boxed Set Apr 29, 2017
by Brenda M. Spalding
( 7 )
$4.98
This boxed set contains Broken Branches - Book One in the Green Lady Inn and Whispers in Time - Book Two in the series

Broken Branches
In book one we meet Megan who arrives in Salem Massachusetts after the death of her grandmother. She receives a valuable Claddagh ring at the reading of the will and begins to have strange visions . Rescued by a handsome stranger from a speeding car they find a connection they can't explain. They follow her visions and cryptic clues left 150 years before to find a lost family treasurer and solve her grandmother's murder.

Whispers in Time
Book two and Megan's visions are getting stronger and she is beginning to hear voices warning of danger to come. Now married to her rescuer, Jake, she plans to open the Green Lady Inn. Before she can get up and running, guests start to appear at her door. A painting is stolen from the Longstreet gallery. Could one of her guests be a murderer and an art thief?
Megan, Jake and her quirky neighbors, Amanda and Zack Longstreet, always seem to be in the think of things must to the annoyance of the Salem Police.
A cozy mystery that will make you guess and wonder who the murderer is.
Read more 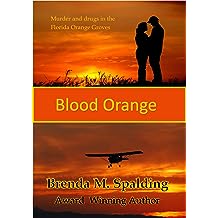 Cocaine and the problems it brings are coming to rural Florida. It falls to Sheriff Gabe McAllister to find a way to stop the drugs from entering his county.
A brave young woman, Nora Hollister, stands by his side in this fight to stop the Medline Cartel led by Pablo Escobar. Together they try to protect their way of life and of those who work the groves. The DEA sends in their agents to help with a war on drugs and the dangerous Cartel that is moving in.
In 1986 the Florida Orange groves are the drop zones for tons of illegal drugs. Anyone that stands in their way is killed. Nora's neighbor becomes a causality and she is determined to make them pay.

Along the way, flirtation turns to love and the sheriff has more on his mind than catching the drug dealers. 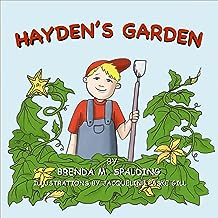 Hayden's Garden Sep 15, 2014
by Brenda Spalding
( 4 )
$1.99
Hayden wants to grow a vegetable but things don't go quite as planned. However with the help of his family and the local farm stand Hayden gets his garden and learns a valuable lesson in how commerce works.
Read more
Other Formats: Paperback 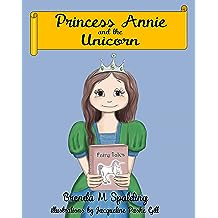 Princess Annie and the unicorn Sep 1, 2015
by Brenda Spalding, Jacqueline Paske Gill
( 3 )
$2.99
Princess Annie gets more than she bargained for when her wish for a unicorn comes true. The king and queen, the gardner, cook and servants all get upset and wonder who is causing all the trouble. Annie knows and learns that not every wish should come true. 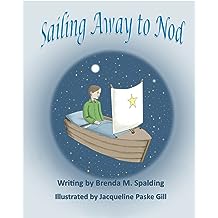 Sailing Away to Nod Nov 8, 2017
by Brenda M. Spalding, Jacqueline Paske Gill
$1.99
Nod is a magical land that welcomes every child to explore and see what they can see. A young boy meets a giant, a dwarf and a princess. We all know how meeting new people can be scary but our young traveler finds a way to share and give of himself and show others how to become friends. Three strangers are now friends as he sails back to where his adventure began. The Land of Nod will call him again and he will sail away once more to an adventure far away. 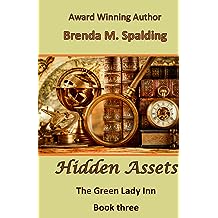 Hidden Assets (The Green Lady Inn Book 3) Jan 3, 2018
by Brenda M. Spalding
( 5 )
$3.98
Megan senses trouble coming and is twisting her Claddagh ring on her finger again. Two new guests arrive to upset her neighbor by opening a shop next to his gallery. Things are not as they seem and it will take help from an unexpected source to help her and find out who is passing counterfeit money is Salem.
Read more
Other Formats: Audible Audiobook , Paperback 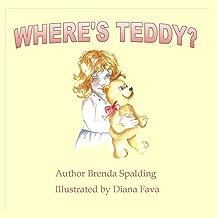 Where's Teddy Jan 26, 2015
by Brenda Spalding, Diana Fava
( 1 )
$1.99
Where could Teddy be? Alice has lost her bedtime friend. Alice has to try and remember all the places she has been to find her beloved Teddy Bear.
Read more
Other Formats: Paperback 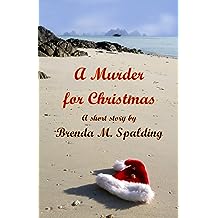 A Murder for Christmas Dec 15, 2017
by Brenda M. Spalding
( 5 )
$0.99
When a dead body washes up on a Venice Beach Christmas morning it throws all detective Hallow's plans for time with his kids out the window. A spoiled wife hatched a plan to murder her husband and get away with it. Finding the murder scene when it's a 53' yacht is not easy. There are more questions than answers when there are three suspects.
Read more
Other Formats: Paperback 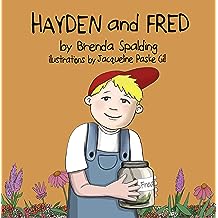 Hayden and Fred Sep 14, 2018
by Spalding, Jacqueline Gill
$1.99
Hayden is given a caterpillar in school. His project is to take care of it and watch what happens. Grandma helps Hayden find out what his caterpillar likes to eat and the plan a flower garden to help other butterflies. a great first read in learning how caterpillars change into butterflies with websites for more opportunities to learn about these creatures.
Read more
Other Formats: Paperback