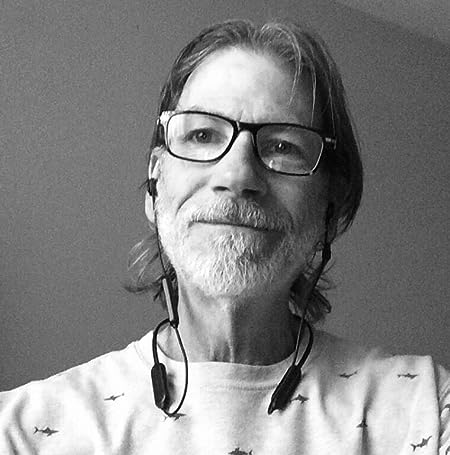 Brendan P. Myers is an award-winning author of several novels, whose stories have also appeared in a variety of anthologies.

Be sure to check out the latest installment in the APPLEWOOD vampire saga, titled THE SPACE OF LIFE BETWEEN, in which our young hero becomes ensnared in the Central American civil wars of the 1980s.

In terms of other stuff, from the pirate adventure SWASH! to the vampires of APPLEWOOD and the zombies of NEARLY and SINCERELY DEAD, you're sure to find something you like. As always, thanks for taking a look. 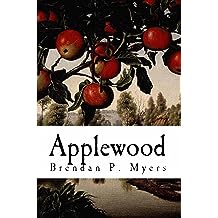 Applewood - A Vampire Novel Jul 12, 2015
by Brendan P. Myers
( 13 )
$3.99
In a small Massachusetts town, Scott Dugan and his tightly bonded group of friends struggle with the same pains that plague millions of teens like them -- bullies, broken families, money problems, relationships. But the evil that revives to spread through their town confronts them with a far darker and more destructive adversary.

At first delighted by the disappearance of the town bullies, Dugan and his outcast friends soon realize they must do battle against a growing vampire army led by the town's long dead Civil War hero. Along the way, they'll find clues in the diary of a young boy not unlike themselves, and strength in their own unique bonds of friendship. But victory, if it's even possible, will come at a terrible cost. Some, like Dugan, will never be the same.
Read more
Other Formats: Hardcover , Paperback 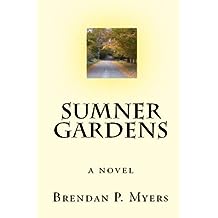 Sumner Gardens - A Coming-of-Age Novel Jul 7, 2009
by Brendan P. Myers
( 2 )
$2.99
It's October of 1970 and twelve-year-old altar boy Conner O'Neil has a few problems. He's dodging some oddly personal questions from his local parish priest while also suppressing the guilt he feels from the night he and his buddies shot out the window of a local haunted house. Worst of all, he learns he has to kiss the creepiest girl in class after getting the lead in the school play.

But only after his father has another heart attack do his real troubles begin . . .

A heartwarming and life-affirming coming-of-age tale told in a unique and unforgettable voice.
Read more
Other Formats: Paperback 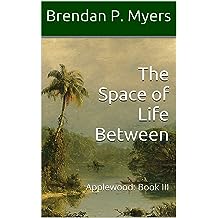 Three years have passed since young vampire Scott Dugan and his uncle found refuge in Mexico. They thought they had put their troubled pasts behind them, until the day a familiar face shows up to ensnare Dugan in a scheme that will transport him to the killing fields of war torn Central America and beyond.

And when Dugan learns the truth about their mission, he must decide whether he owes his allegiance to the human race he was once a part of, or to his newfound self.
Read more
Other Formats: Paperback 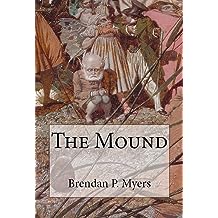 Levi Hogan, the new police chief in Bixbie, Massachusetts, is trying to stay off the booze and start a new life. Bixbie doesn't have much in the way of crime anyway, that is, until people start disappearing. While investigating, Hogan learns Bixbie is also home to "New England's Stonehenge," a mysterious mound thousands of years old. Though its purpose is unknown, it becomes clearer when Hogan's runaway daughter comes to town.

Because what Hogan doesn't know is Dani believes she is to become queen, and local teen Ian Sinclair is to become king, of a fairy kingdom populated by elves and pixies and helpful brownies. Before long, even Hogan starts to believe that maybe, just maybe, the Scots-Irish founders of Bixbie brought something along with them.
Read more
Other Formats: Paperback 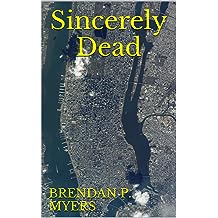 Sincerely Dead - A New York Zombie Novel Feb 13, 2014
by Brendan P. Myers
$3.99
When a mob hitman learns his boss is about to turn squealer, he takes it upon himself to use the zombified version of the man he was sent to kill to take out the boss, but soon discovers that taking even a single zombie into the Big Apple can lead to devastating consequences. And when the zombie apocalypse is inevitably unleashed, an epic adventure of survival unfolds, as a small band of the still living make a desperate bid to escape this now city of the dead.

From the author of APPLEWOOD and the award-winning ADAMSON'S ROCK comes this long awaited full length follow up to the seriocomic zombie short NEARLY DEAD.
Read more
Other Formats: Paperback 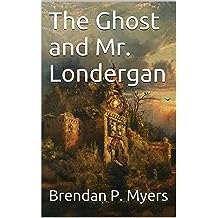 The Ghost and Mr. Londergan (The Dick Londergan Chronicles Book 3) Aug 12, 2013
by Brendan P. Myers
( 1 )
$2.99
When word hits the streets hardnosed P.I. Dick Londergan is spending the night in a haunted house, he finds out the hard way lots of folks in town want that house’s secrets to stay buried forever. He finds out too that uncovering those secrets may come at the cost of his own life.

A 13,000 word novelette featuring hard-boiled P.I. Dick Londergan, an old school detective who has yet to make his peace with the modern world.
Read more 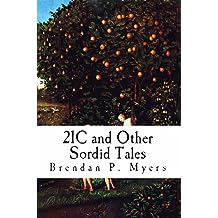 Meet Jill. She'll be your flight attendant today. A word of caution, though. Do NOT irritate her or make her angry in any way, because if you do, you may find your flight turned into a living hell of abuse and intimidation and humiliation . . . that is, if you survive at all.

From the author of the acclaimed APPLEWOOD and ADAMSON'S ROCK comes yet another collection of stories that are bound to leave you double-checking your locks and sleeping with the lights on.
Read more
Other Formats: Paperback 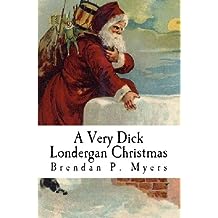 But while he sniffs around, his beloved city is transformed into a wholesome family Palookaville, and soon, he finds himself trapped in a nightmare from which there might be . . . no escape.

A hilarious and delightful pop culture mashup of Christmas classics, this 5,000-word Kindle short is sure to bring a smile to your face and leave you feeling good.
Read more 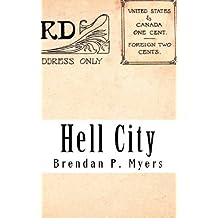 Hell City (The Dick Londergan Chronicles Book 4) Aug 28, 2012
by Brendan P. Myers
( 1 )
$2.99
Dick Londergan is a private detective from the old school, the kind who likes his women leggy, his bourbon neat, and his coffee black. When summoned up to Telegraph Hill to investigate a murder, he finds himself thrust into a mystery so deep, even his old school methods may not be enough to solve it.

Among the sinister questions confronting him: Why was his town suddenly so popular with racket boys and hoodlums? For what nefarious purpose had the two biggest criminal bosses in town set aside their differences? Who was the blonde English chef berating his cooking skills? And why was Londergan himself constantly being hounded by television cameras?

These and other questions will (mostly) be answered in this comic novella, an homage to the iconic private detectives of the past, about a guy who finds himself lost in a world where lines of reality and fantasy blur, and one where the greatest mystery of all might be: Who is Dick Londergan?
Read more
Other Formats: Paperback 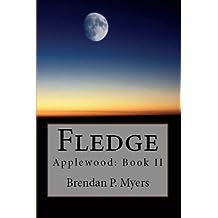 Fourteen-year-old Scott Dugan is both desperate survivor and hunted casualty of a vampire outbreak that decimates his small Massachusetts town. His uncle believes science offers hope and takes the boy on the run from shadowy forces tasked with exterminating those like his nephew.

But when the two separate, Scott embarks on an epic journey that takes him from cheap carnival sideshow act to comfortable refugee in the home of a wealthy and reclusive man with his own dark tale to tell.

As the chase moves from the low deserts of Arizona to the high peaks of Colorado and into the White House itself, Scott must avoid becoming a pawn in someone else's deadly game. And when he learns that self-discovery for those like him is only found by embracing all he has become, he must weigh his longing to remember who he was and where he came from against the certainty that in doing so, he will never see the sun again.
Read more
Other Formats: Paperback 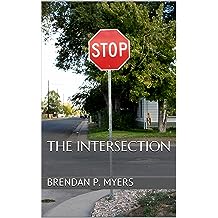 The Intersection - A Horror Short Jun 4, 2011
by Brendan P. Myers
( 1 )
$0.99
From the author of APPLEWOOD and SINCERELY DEAD comes a short story about a small town police chief with a vexing traffic problem. In his search for answers, he soon discovers that sometimes, not knowing is far better than knowing . . . 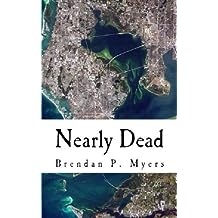 Nearly Dead: A St. Pete Zombie Tale Sep 9, 2010
by Brendan P. Myers
( 1 )
$0.99
When a New York crime boss sends a hitman to St. Pete in the middle of a zombie infestation, the hitman finds that even infested with the undead, his beloved St. Pete hasn't really changed that much. Yet even in the middle of an infestation, he still has a job to do.

A seriocomic short story of about 4,000 words and prequel to the full length novel SINCERELY DEAD. From the author of APPLEWOOD and the award winning short ADAMSON'S ROCK.
Read more