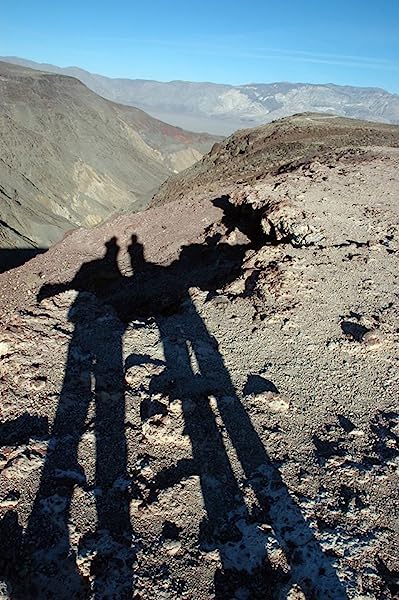 by Stan Hieronymus (Author)
4.7 out of 5 stars 22 ratings
See all formats and editions
Sorry, there was a problem loading this page. Try again.

Beer has never been a stranger to North America. Author Stan Hieronymous explains how before European colonization, Native Americans were making beer from fermented corn, such as the tiswin of the Apache and Pueblo tribes. European colonists new to the continent were keen to use whatever local flavorings were at hand like senna, celandine, chicory, pawpaw, and persimmon. Before barley took hold in the 1700s, early fermentables included corn (maize), wheat bran, and, of course, molasses.

Later immigrants to the young United States brought with them German and Czech yeasts and brewing techniques, setting the stage for the ubiquitous Pilsner lagers that came to dominate by the late 1800s. But local circumstances led to novel techniques, like corn and rice adjuncts, or the selection of lager yeasts that could ferment at ale-like temperatures. Despite the emergence of brewing giants with national distribution, “common brewers” continued to make “common beer” for local taverns and pubs. Distinctive American styles arose. Pennsylvania Swankey, Kentucky Common, Choc beer, Albany Ale, and steam beer―now called California common―all distinctive styles born of their place.

From its post-war fallow period, the US brewing industry was reignited in the 1980s by the craft beer scene. Follow Stan Hieronymous as he explores the wealth of ingredients available to the locavores and beer aficionados of today. He takes the reader through grains, hops, trees, plants, roots, mushrooms, and chilis―all ingredients that can be locally grown, cultivated, or foraged. The author supplies tips on how to find these as well as dos and don'ts of foraging. He investigates the nascent wild hops movement and initiatives like the Local Yeast Project. Farm breweries are flourishing, with more breweries operating on farms than the US had total breweries fewer than 50 years ago. He gives recipes too, each one showing how novel, local ingredients can be used to add fermentables, flavor, and hop-like bitterness, and how they might be cultivated or gathered in the wild. Armed with this book, brewers in America have never been better equipped to create a beer that captures the essence of its place.

No one writing about beer brings as much insight, detail, or revelation to the subject as Stan Hieronymus, and Brewing Local may be his best work to date. Ostensibly directed at brewers looking to bring a little local flair into their beer (which it delivers, in spades), it accomplishes something more profound. By connecting beer to place and time, Hieronymus reintroduces us to this beverage we think we know so well. It's one of the few books with the capacity to make you think anew about beer.Jeff Alworth, Author of The Beer Bible -- Jeff Alworth, author of The Beer Bible

You could be happy just buying it [Brewing Local] for the valuable information on a wide range of unusual botanicals and how to use them in beer. But once you start reading, you get swept away on an unexpected journey, ultimately ending up deep inside the minds of people doing some of the most exciting things in beer today.Randy Mosher, Author of Tasting Beer -- Randy Mosher, Author of Tasting Beer ―
Cover review

Stan Hieronymus is a lifelong journalist who has made beer his beat since 1993. Former editor at RealBeer.com and ProBrewer.com and former co-travel editor for All About Beer magazine, he remains an enthusiastic traveler, happily sharing what he learns along the way. He's authored four books for Brewers Publications – Brewing Local (2016), For the Love of Hops: The Practical Guide to Aroma, Bitterness and the Culture of Hops (2012), Brewing with Wheat (2010) and Brew like a Monk (2005) – and contributed to many more. He's also written hundreds of articles for multiple publications and blogs at www.appellationbeer.com.

It's been more than 30 years since my wife, Daria Labinsky, and I left our previous jobs as newspaper editors to see the country and some of the world beyond. Writing about beer was not part of the plan. Neither was writing books, but here we are.

The four most popular - "For the Love of Hops," "Brewing with Wheat," "Brew Like a Monk" and "Brewing Local" - deal primarily with the how and why of brewing. As a journalist, I'm a bit obsessive about providing details not reported elsewhere and the most up-to-date thinking about whatever topic I am writing about.

New Glarus Brewing brewmaster Dan Carey once told me I was like the television detective Columbo, saying, "You are leaving, then there is always one more question."

Not all the answers I get make their way into books, so as well as writing for a variety of magazines I comment on the importance of the "beer from a place" at www.appellationbeer.com/blog.

troy baxter
5.0 out of 5 stars Great book
Reviewed in the United States 🇺🇸 on January 10, 2017
Verified Purchase
Lots of really good information about adjunct Brewing ingredients written in a very interesting and accessible way. The ingredient list/descriptors and recipes are worth it alone, some of the history and background story about Brewing with adjuncts is just a bonus!
Read more
4 people found this helpful
Helpful
Report abuse

lori from va
5.0 out of 5 stars Interesting, but...
Reviewed in the United States 🇺🇸 on April 22, 2017
Verified Purchase
I will probably never brew a beer like those in this book, but it was a fun read. Well, maybe some herbs in an otherwise normal beer....
Read more
One person found this helpful
Helpful
Report abuse

ShepFL
5.0 out of 5 stars Excellent book. Mr
Reviewed in the United States 🇺🇸 on January 4, 2017
Excellent book. Mr. Stan H ROCKS!! Very detailed and informational. This is the basis for our small rural community brewery where will brew with local ingredients where possible.
Read more
2 people found this helpful
Helpful
Report abuse