Briar Queen: A Night and Nothing Novel and millions of other books are available for Amazon Kindle. Learn more
Share <Embed> 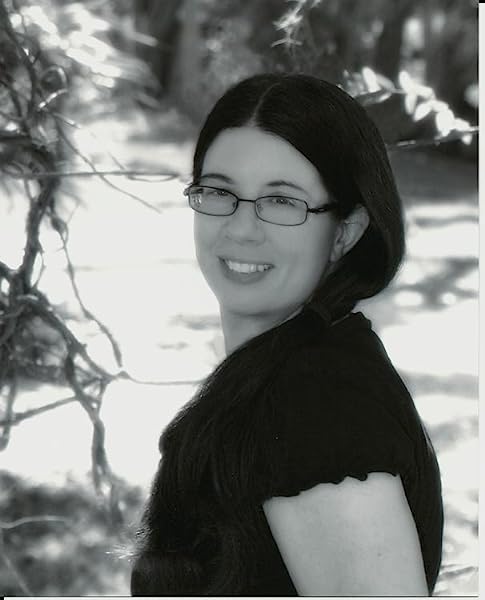 by Katherine Harbour (Author)
4.7 out of 5 stars 28 ratings
Book 2 of 3: Night and Nothing Novels
See all formats and editions
Sorry, there was a problem loading this page. Try again.
Read more Read less
Previous page
Next page

“Steeped in well-researched Celtic lore, [BRIAR QUEEN] is stylish, with lush descriptions of the beautiful fata and their dangerous worlds.” -- Library Journal

“The lilting, whimsical new adult fantasy, balanced by impressively detailed and dark vignettes, is fueled by a goth-emo-scenester aesthetic...The magic is mysterious, the drama is aching, and the people are beautiful.” -- Booklist

“You might...think of Stephanie Meyer’s Twilight a time or two, as a few of the story’s bones are similar, but I never once felt like I was reading Twilight...which goes to show you tropes need not be poiston if woven into a good tale.” -- Fantasy Literature

“An intriguing story filled with mystery, enchantment and darkness.” -- A Bookish Escape

“Combining the sorcery of The Night Circus with the malefic suspense of A Secret History...a beguiling fusion of love, fantasy, and myth that echoes the imaginative artistry of the works of Neil Gaiman, Cassandra Clare, and Melissa Marr.” -- Good Books and Good Wine

The dark, moody, and mystical fantasy begun in Thorn Jack, the first novel in the Night and Nothing series, continues in this bewitching follow-up—an intriguing blend of Twilight, Buffy the Vampire Slayer, Alice in Wonderland, and A Midsummer Night's Dream—in which Finn Sullivan discovers that the town of Fair Hollow borders a dangerous otherworld . . .

Serafina Sullivan and her father left San Francisco to escape the painful memory of her older sister Lily Rose's suicide. But soon after she arrived in the bohemian Fair Hollow, New York, Finn realized that the placid surface of this picture-perfect town concealed an eerie supernatural world—and at its center, the wealthy, beautiful, and terrifying Fata family.

Though the striking and mysterious Jack Fata tried to push Finn away to protect her, their attraction was too powerful to resist. To save him, Finn banished a cabal of malevolent enemies to the shadows, freeing them both from their diabolical grip.

Now the rhythm of life in Fair Hollow is beginning to feel a little closer to ordinary. But Finn knows better—it's just the calm before the storm. For soon, a chance encounter outside the magical Brambleberry Books will lead her down a rabbit hole, into a fairy world of secrets and legacies . . . straight toward the shocking truth about her sister's death.

Katherine Harbour was born in Albany, New York, and has been writing since she was seventeen. She is the author of Thorn Jack and Briar Queen, the first two books in the Night and Nothing series, and is a bookseller in Sarasota, Florida.

Read more
Start reading Briar Queen on your Kindle in under a minute.

John E. Wymore
5.0 out of 5 stars While I enjoy the gothic genre and am an addict of Celtic ...
Reviewed in the United States on April 28, 2016
Verified Purchase
This new author can write. After the Briar Queen, I'd label myself a fan. I've read the 3 Night and Nothing Novels, so my review is for all three books.
Ms. Harbour is literary, lyrical, and is a gifted painter of images. Her rich imagery and lyricism made her books a major treat for me to read. She reminds me of a darker Patricia McKillip. While I enjoy the gothic genre and am an addict of Celtic myth, these are not the things that may make her a great writer. It's, as noted, the imagery. Her bio noted she had spent a little time working at being a painter (not house). She's still a painter, but it's done with words. She provides something like a soundtrack to represent each book, so far, suggesting she's musically oriented. It shows in her lyricism. And any lover of literature will enjoy her use of literary references and quotations.
I hope I haven't made her writing sound as if it is accessible only to adult readers. I think these books have a special appeal to teens (and to us older teens past retirement age).
Read more
3 people found this helpful
Helpful
Report abuse

D. Matlack
4.0 out of 5 stars Harbour maintains her momentum it only gets more exciting from here
Reviewed in the United States on February 5, 2017
Verified Purchase
For a newbie author Katherine Harbour possesses a talent in creativity and maintaining momentum that many an established author would envy. Her writing shows the occasional rough patches of repetitive use of certain descriptions but this is easily over looked by her extensive knowledge of Mythology and fairytale lore which is impressive in its encyclopedic nature which makes her storytelling absolutely bewitching despite slight flaws.

Finn and Jack's unlikely romance continues but is offset with an adventure in this installment that will remind the reader of Narnia and the Wizard of Oz books which makes for a nice spin. New characters are introduced (Hello Moth!) and I quite enjoyed that Christie and Sylvie were given more to do and that their characters are taking on more development and we find that they themselves have been in the crosshairs of the Fatas for quite some time. Harbour spaces her story lines well which is good because it helps her Night and Nothing novels avoid being catagorized in the sinkhole of Twilight comparisons. Had she focused to heavily on Finn and Jack this could happen because Finn on her own is a mousy, irrational and quite annoying thing. Harbour seems to have Finn in a set pattern of doing three very stupid things followed by one really smart thing and reading Finn can be like running your knuckles across a cheese grater - more annoying than painful. Thankfully the stage is widely set with so many more entertaining and beguiling characters that really do seem to burst off the page.

Naturally this adventure ends in true fairytale fashion: something is gained and something is lost which perfectly sets the stage for the Third installment to which I very much look forward too.
Read more
Helpful
Report abuse

streetbook
5.0 out of 5 stars Extraordinary writer with unique and captivating story
Reviewed in the United States on June 8, 2015
Verified Purchase
This writer has an extraordinary and unique writing style that is one of the best that I have read in a long, long time. Her descriptions are lyrical and really set the tone in her book. This is her second book and I did not want it to end because I enjoyed it so much. Stayed up till 2 AM reading on a work night and then read bits of it as I was getting dressed for work the next day. The characters are interesting and the book has twists throughout. This is the second in her series and I can not wait till she writes more. This is one of my all time favorite authors.
Read more
One person found this helpful
Helpful
Report abuse

Mrs. Macc
5.0 out of 5 stars Love it!
Reviewed in the United States on May 25, 2017
Verified Purchase
I happened to find the first book (Thorn Jack) at the dollar store and loved it right away. I looked up the author to see what else she had written and came across this being a trilogy. This is the second book and it is just as good as the first one. I'm currently on the third and final book (Nettle King). These are a must read.
Read more
Helpful
Report abuse

Amazon Customer
5.0 out of 5 stars Intense supernatural adventure
Reviewed in the United States on October 27, 2018
Verified Purchase
An emotional roller coaster adventure with lots of loops and curves that brought me to tears and had me cheering on the wonderful characters and cursing the despicable ones....or are they?! Definitely worth the ride. Great continuation of the series.
Read more
Helpful
Report abuse

David A. Tatman
5.0 out of 5 stars Tense and exciting.
Reviewed in the United States on January 21, 2019
Verified Purchase
A really great follow-up to the first book in the series. The author continues to build a tale of complex characters and intertwining relationships that just keeps drawing me in.
Read more
Helpful
Report abuse

Evelyn Mak
5.0 out of 5 stars I love Katherine Harbour's poetic prose
Reviewed in the United States on June 8, 2015
Verified Purchase
The second book in this series is every bit as captivating as the first! It continues the story in its dark vein, with several unexpected twists and turns, and ends with many unanswered questions, hooking the reader firmly for next book. I love Katherine Harbour's poetic prose, which sets the mood throughout. Nothing is quite what it seems, yet the themes-- love, loss, betrayal, redemption--are very real. I enjoyed this book just as much as I loved Thorn Jack.
Read more
One person found this helpful
Helpful
Report abuse
See all reviews