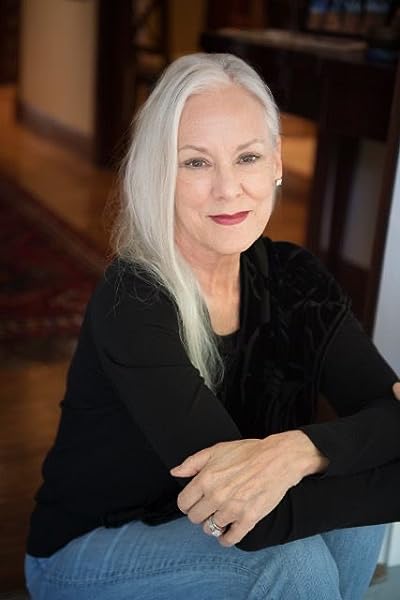 The Bridge to Wholeness: A Feminine Alternative to the Hero Myth Paperback – January 26, 2004

EditAdd a link to a video, image, document, presentation...Re-order
Dr. Jean Raffa is an author, speaker, and leader of workshops, dream groups, and study groups. Her job history includes teacher, television producer, college professor, and instructor at the Disney Institute in Orlando and The Jung Center in Winter Park, FL. She is the author of four books, numerous articles, and a series of meditations and short stories. She also maintains a blog about inner wisdom titled Matrignosis.

Through formal and informal means, including a five-year Centerpoint course and an intensive at the Jung Institute in Zurich, Switzerland, Jean has been studying Jungian psychology and her own inner life for more than twenty years.

Jean has made numerous program appearances, including television, radio, and Internet interviews, classes, workshops, Jung Societies, and book signings. Her book The Bridge to Wholeness: A Feminine Alternative to the Hero Myth (LuraMedia, 1992) was nominated for the Benjamin Franklin Award for best psychology book of 1992. Reviewed in several journals and featured on the reading lists of university courses, it was also picked by the Isabella catalogue as a must-read for seeking women.

Dream Theatres of the Soul: Empowering the Feminine Through Jungian Dreamwork (Innisfree Press, Inc., 1994) has been used in dreamwork courses throughout the country and is included in Amazon.com's list of the Top 100 Best Selling Dream Books, and TCM's book list of Human Resources for Organizational Development.

Her newest book, Healing the Sacred Divide: Making Peace With Ourselves, Each Other, and the World (Larson Publications, Inc., 2012), was launched in July of 2012 and won the 2013 Wilbur Award for best non-fiction from the Religion Communicators Council.
Start reading The Bridge to Wholeness on your Kindle in under a minute.

Amazon Customer
5.0 out of 5 stars woman's journey
Reviewed in the United States on August 11, 2018
Verified Purchase
I really liked this book. It is one woman's story about finding herself beyond gender obligations and social expectations. It reminds me of Women Who Run With The Wolves, but this, instead of being a compilation of many stories, focuses one one life journey.
I was hesitant to buy this book because one review says it is Christian-based. But while it does mention Christian themes at some points because it is part of this woman's life, I find it is particularly critical of the patriarchal aspects of Christianity.

Donald L. Conover
5.0 out of 5 stars An Exploration of the Anima for Everyone
Reviewed in the United States on March 6, 2012
Verified Purchase
The Bridge to Wholeness is for everyone--not only women! Each us has within us both feminine and masculine attributes. Professor Carl G. Jung called these the anima and the animus. These have very little to do with our gender or sexual preferences, and much more to do with our way of being in the world. Well adapted human beings draw from both reservoirs of the psyche. Over the past millennia, the feminine principle has been squashed by patriarchal religions and societies. This was partially a result of our own evolution. But, as our world has become more complex and crowded, the need for our feminine attributes has become steadily more important if we are to survive as a species. Dr. Jean Raffa has provided women with a guiding light toward individuation. She has provided men with a roadmap for an exploration of their anima and for understanding their humanity. Only when men appreciate the importance of these lessons will we have Peace on Earth.
Read more
3 people found this helpful
Helpful
Comment Report abuse

Eileen M. Sembrot
5.0 out of 5 stars FINALLY, A WOMAN'S HERO'S JOURNEY!!!
Reviewed in the United States on April 15, 2015
Verified Purchase
I was so grateful the day the book arrived when I discovered my overwhelming anxiety and depression was a result of being on what Jeanie Raffa calls the "island". Women interested in Carl Jung and the process of psychological individuation, as well as those interested in Yoga's Self-realization, must read this book! For years we have learned about the Hero's Journey from Joseph Campbell, and us women muddled through, trying to read between the lines for traces of the women's journey through the unconscious in search of the hidden treasure called the Self. But, now, Raffa has laid the groundwork for women to chart their uniquely feminine path to wholeness, in which we learn to make friends with our internal dragons, rather than slaying them in the external world like men. Because our paths are different, women needed a book that really focused on the path we travel in search of spiritual and psychological integration and wholeness, and this book is it! Although I was tempted to read it from cover to cover when it arrived in the mail, I permitted myself to read only one or two chapters each day, and then I would write about whatever came up from the readings. When I received the book, I was psychologically distraught, even contemplating suicide. But, I've been on the path for many years, and once I grasped onto Raffa's metaphorical island as the location us women often find ourselves in during the dark night of the soul experiences, I decided to hang in. And, I'm so grateful for that decision.
Read more
5 people found this helpful
Helpful
Comment Report abuse

Julie Keefer
5.0 out of 5 stars An essential guide to women's unique yet archetypal journey to personal wholeness and love of her True Self.
Reviewed in the United States on January 15, 2014
Verified Purchase
Raffa's book was a powerful reflector of my own journey when I first read it when it first came out in 1992, and again more recently as I weave the threads of my own life story together at 70. The young women I have shared this book with have also found it a wonderful reflective map for their own life story like it has been for mine. Jean is a sure guide to the inner realm of women's psycho-spiritual wholeness. It is a great book for women's self-discovery.
Read more
2 people found this helpful
Helpful
Comment Report abuse

Justina Lasley
5.0 out of 5 stars Helped Jump-Start my Hero's Journey
Reviewed in the United States on June 17, 2014
A friend appeared at my back door in the early 90's with Bridge to Wholeness in hand. She said I needed to stop at that moment what I was doing and read the book! I actually did; and it moved me forward to embrace my journey of personal growth and individuation. I could not get enough of Jeanie's wisdom and I actually called her and encouraged her to come to Atlanta to lead a workshop. She did and that was the beginning of a long time friendship and journey for me in helping others embrace their true self through my Institute for Dream Studies. I still recommend the book to my students, clients, and friends. Jeanie's gifted qualities as a teacher are evident in her writing. The book is interesting, easy to understand, and inspirational. You will be off on a great adventure by reading Bridge to Wholeness.
Read more
3 people found this helpful
Helpful
Comment Report abuse

Jennifer Searle
4.0 out of 5 stars Wonderful reading
Reviewed in the United States on June 22, 2004
I really liked this book, I found that I just couldn't put it down once I started reading. Even though the book is Christian based the author places the religion so that no matter what religion you are it makes sense. I, being an atheist, even found the references to a higher power very well placed and not over powering. Ms. Raffa makes many connections to the psychology of women and that women and men are very psychologically different. Somthing I find a lot of authors don't do. If you are a women in need of finding yourself this book is a very good reference guide with visualisions and concepts that are easy to apply and grasp. I highly recommend this book, and have already passes it one to others.
Read more
11 people found this helpful
Helpful
Comment Report abuse
See all reviews from the United States

Mr. Brian Carlin
5.0 out of 5 stars A guide on the balancing of masculine and feminine aspects within ourselves
Reviewed in the United Kingdom on January 2, 2014
Verified Purchase
A crystal clear reading of a personal journey towards embracing the sacred Feminine, and how this is relevant to each of us. For anyone who wants to understand the benefits of self examination.
Read more
Helpful
Sending feedback...
Thank you for your feedback.
Sorry, we failed to record your vote. Please try again
Report abuse