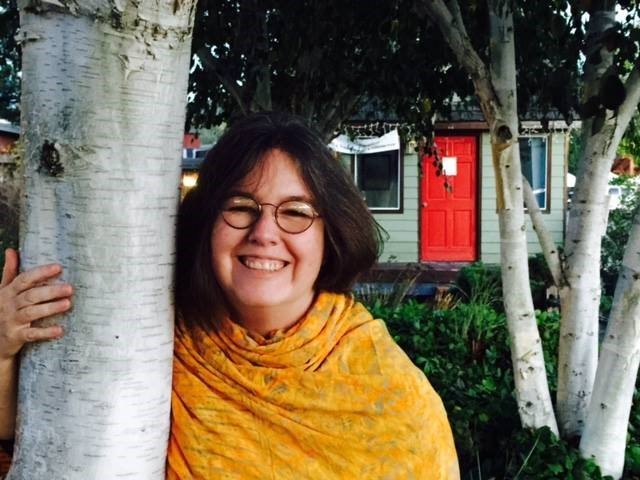 Barb Abelhauser has been a bridgetender since 2001. She has opened 9 different drawbridges in 3 different states. To the best of her knowledge, other than her fellow bridgetender Dave (who has opened 11 bridges in 3 states), Barb is a record holder. The opportunity to observe life from one very special, fixed point inspires her to write daily on her blog, The View from a Drawbridge.” Back in 2009, before she migrated to Seattle, she stepped into a StoryCorps booth that had parked itself in Jacksonville, Florida. That day she did an interview about her love of bridgetending. Then to her surprise, in 2015 she got a phone call. Part of the transcribed interview was to be included in the 2016 anthology entitled Callings: The Purpose and Passion of Work. StoryCorps had chosen 53 stories out of 70,000 archived audio recordings; and hers was to be one of them. She felt honored. Barb appreciates StoryCorps for inspiring her to start her blog and tell the stories of her inner and outer life. To express her ongoing gratitude, 10% of royalties from this book will be donated to StoryCorps. She’s been showcased on Storycorps, NPR’s Morning Edition, Parade Magazine, Shaping Sapiens podcast, and in the September 2016 issue of O Magazine. All of this unexpected and exciting attention has given her the courage to create a series of anthologies from her daily blog. Barb has learned much from the years of being a bridgetender. And, after a day of opening the drawbridge for a variety of vessels, she unwinds by capturing all those random thoughts and images of life unfolding that she witnessed while performing the many tasks required of her. Since December 1, 2012 she has been publishing her musings 7 days a week--over 1380 posts that reveal what inspires her and what she cares about. Her blogs are read by hundreds of loyal readers and those who comment make her day! In fact, it was on July 4, 2016 that she had her 100,000th visitor! She truly believes that wisdom can be gained from daily life experience and observations that occur all around us, if only we take the time to watch and listen. Born in Connecticut and raised in Florida, Barb now lives in Seattle, Washington with her two dogs. She writes and opens drawbridges every day.