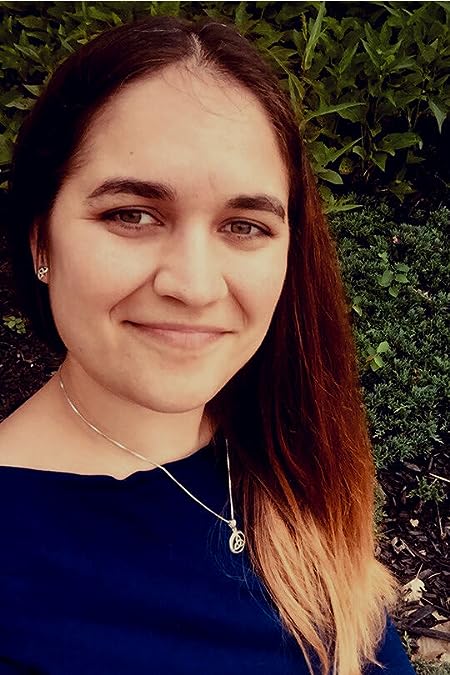 Brie Tart writes character driven fantasies (with a touch of romance) for teens and adults. Mythology and folklore have always inspired her work, and with every story she seeks to find the humanity in the monsters of legend. When not writing, she deciphers languages and makes her own adventures with her family: her jack-of all-trades husband and photogenic, fluffy cat. Follow her escapades at: www.brietart.com 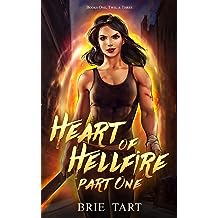 When the fae wreck her life, she makes them regret it.

The man who raised Helen Carver just went missing. When supernatural beings called fae start hunting her, she has good reason to believe she’s next.

To protect her daughter, she must leave the familiar streets of Cleveland, Ohio and explore the fae underworld.

Colorful allies help her along the way, but the secrets she’s about to uncover endanger them as much as her little girl. She’ll face every danger and cut down any enemy to protect them.

Join this badass mom and her trusty machete against a whole fae underworld full of secrets, danger, and magic in part one the Heart of Hellfire series: Sweet Child, Bleed For Me, and Mama Kin (along with the bonus short story, The Date). For anyone looking for action, mystery, and snark (with a side of sweet, slow burn romance), this urban fantasy has plenty. 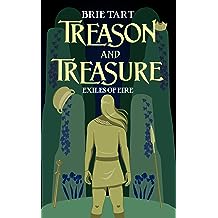 Can he save his own life, even if it means sacrificing someone he loves?

After helping to rescue his sister from the High King’s clutches, Daire must now put her on the throne.

With all eyes on her, nobody will notice him and his human accomplice, Maya, stealing the sacred treasures they need to cure the curse on him.

But his family fears his sister’s vengeance should she rise to power. They will do everything they can to stop her.

He must defy them to save himself, to save Maya.

Because if he can’t cure the curse in time, the girl he’s come to love will suffer the consequences. 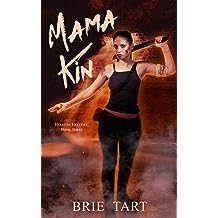 When a fae queen steals her little girl, it’s time for a heist.

An impossible task stands before Helen Carver: sneak into the heart of Seelie fae territory and take back her kid.
Outnumbered by the High Queen of the Seelie and her army of child soldiers, Helen can’t charge in head first. She has to abandon the city streets she knows with a powerless fae as her guide and a book-crazy friend watching her back, and stealth her way through a magic castle.

This world of enchantment and illusion hides secrets that could make or break her entire mission. If Helen can survive it, everything will change.

Mama Kin is book three in the Heart of Hellfire series, which features one badass mom and her machete against a whole fae underworld full of secrets, danger, and magic. For anyone looking for action, mystery, and snark (with a surprise, sweet, slow burn romance), this urban fantasy has plenty. 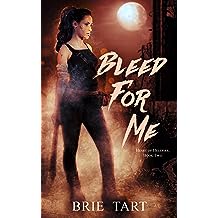 When her bad breakup turns deadly, the fae hunter becomes the hunted.

Helen Carver has taken her little girl, and run out on her boyfriend. He may be her kid’s dad, but he’s always been an undercover assassin for the fae. And his bosses just ordered a hit on Helen.

She’s screwed if she doesn’t fight back, but a curse chains her to him. As long as it’s there, she’s a sitting duck. With the help of a book-crazy collector, a witch with a talking cat, and a dark artifact, she stands a chance at cutting her ex’s hold on her.

The race is on. Either Helen wins and lives to be a single mom, or she’ll see what happens when prey gets caught.

Bleed For Me is book two in the Heart of Hellfire series, which features one badass mom and her machete against a whole fae underworld full of secrets, danger, and magic. For anyone looking for action, mystery, and snark (with a surprise, sweet, slow burn romance), this urban fantasy has plenty. 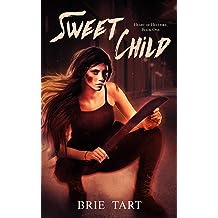 When secrets kill, she gets even.

A murdered mom, a weird ritual, and her childhood apartment up in blazes—that night still haunts Helen Carver. She always watched her uncle, safe on the sidelines, as he chased empty leads trying to figure out what happened. Now grown with a daughter of her own, she’s tired of watching and ready to help...right as he goes missing.

As she retraces his steps, Helen finds a strange hidden society. Its glowing beings attack her with impossible speed, magic spells, and archaic weapons. Everybody has secrets. Anyone could be a threat. But one thing becomes crystal clear: The mystery around her mother’s murder now threatens her kid.

Sweet Child is book one in the Heart of Hellfire series, which features one badass mom and her machete against a whole fae underworld full of secrets, danger, and magic. For anyone looking for action, mystery, and snark (with a surprise, sweet, slow burn romance), this urban fantasy has plenty. 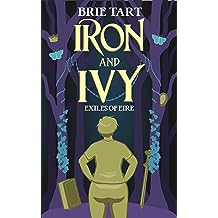 She’ll do anything to escape the fae, even trust them.

Maya was an overworked server struggling to keep her family together. Now she's the captive of Riona—an ancient Irish fae.

To protect herself, Maya must rely on her captor. To get home, she has to help Daire, a cursed half-fae prince. To be free, she needs to balance between both of them, despite their secrets.

But when the paranoid High King comes after Maya's allies, it's up to her to save them, or doom them all. 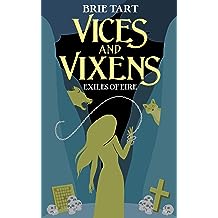 She will have her vengeance, even if it costs her everything.

Riona has risen to become the new High Queen of the Irish fae. Her greatest enemy, her uncle, falls before her at her mercy. She will finally have the retribution she craves after a lifetime of waiting.

She was happy once, a child raised in the fae wilds with her mother by her side.

Then her uncle came and beheaded her mother, burned down her home, drove her into hiding.

She went to her brothers for aid. They only hunted her and everyone who gave her shelter.

So she turned to dark magic, and freed the Aos Si’s oldest foe.

But is all her power worth what she lost to gain it?