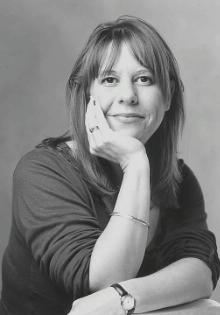 A Brief History of Anxiety...Yours and Mine Paperback

R D Blondell
5.0 out of 5 stars Performed as expected
Reviewed in the United States on October 13, 2019
Verified Purchase
Book was delivered on time and with a reasonable price.
Read more
Helpful
Comment Report abuse

V. Elliott
5.0 out of 5 stars Finally someone understands
Reviewed in the United States on March 19, 2009
Verified Purchase
The author eloquently describes what it is like to live with anxiety. I am so happy she shared her experiences. It's so nice to see someone put into words others can understand the anxiety which rules our lives. Bingo!
Read more
Helpful
Comment Report abuse

Richard R. Powell
4.0 out of 5 stars Live with your fears, beleive your life has meaning, and avoide drugs
Reviewed in the United States on October 12, 2010
The first part of this book grabs some people (see other reviews on this site) but while I found the material engaging enough, I can't say it exactly grabbed me. But the writing was sparky and clever enough that I persevered.

On page 12 she is already wrestling with Kierkegaard's paradox of both wanting freedom from anxiety and at the same time being strangely attracted to the self-creating energy of the anxiety itself. Her blunt suggestion is that anxiety comes from the illusion that we can control what happens to us, and once we let go of that illusion we can start to see that it is flexibility rooted in principles that we need, or in simpler words, we just need to grow up.

She discusses childhood trauma and "anxiety sensitivity" -- that state of fearing the panic attack itself, as much as the original source of fear.

She discusses various therapists and theorists who over time have prescribed what seem to me to be forms of cognitive therapy. Some of this seem pretty insightful.I liked Kurt Goldstein's idea that anxiety is cued off by a threat to some value we hold and think is central to our existence. I liked the idea of Rollo May and Paul Tillich discussing the dread of non-being -- or more specifically the "unease about possessing neither purpose nor impact." "Holy crap I'm a nobody!" That certainly stresses me out the first time I realized it. I was so impressed by this idea that I went out and bought May's book on anxiety.

She discusses the different attitudes toward anxiety in Mexico and China and rightly points out that anxiety tends to be a north western phenomena. Anxiety, it seems, is a luxury of the upper class urban dweller. She at first pins this on the loss of community but concedes that maybe it is the loss of belief in God, or the concept of time, or the simple fact that the more you have to lose the more anxious you get.

There is a discussion of mindset and the suggestion that we might benefit from adopting the attitude of Kenyans who look on their great luck when narrowly avoiding disaster, rather than the disaster itself.

The most repetitive theme in the book, if there is one, is the painful truth that people who believe that events occur randomly -- outside of any larger story or grand design -- are in the worst shape. We need a narrative, some meaning-making explanation, it seems, to stabilize the freaked out Western mind. All that time spent fighting fate makes us more anxious.

By page 134 she rounds on the old chestnut that artists and other creative people are generally flirting most of the time with some form of mental illness. The complex cluster of traits that allows us to think outside the box also allows us to open ourselves to possibilities that others happily bury in their subconscious. The anxious are more fully awake than others.

Finally by page 164 we get a jewel worth the price of the book. Sure we quivering mass of uber-aware "gazers at the dark void beyond illusion" are in desperate need of something to close down our run-away minds, and sure maybe we need a little religion or at the very least ritual, to stabilize our expanding self, but the good news is that we don't have to compromise our creativity or principles to get that. We can circle back and pick up the good things of religion and myth while at the same time making a place at the table for uncertainty and existential questions.

She concludes with Goldstein again, "Courage, in its final analysis, is nothing but an affirmative answer to the shocks of existence, which must be borne for the actualization of one's own nature." The way past or anxiety is through our anxiety. live with it, feel it, keep growing, keep believing in a higher meaning and purpose.

Oh, and forget the drugs.

bronx book nerd
VINE VOICE
5.0 out of 5 stars A Literary Balm for Nerves
Reviewed in the United States on August 25, 2009
As someone who is intimately familiar with anxiety, I found this book to be a helpful balm for understanding the condition. It's helpful to see the malady expressed from someone who suffers from it, particularly in its gory detail - not the same as reading a therapist's description of a patient's symptoms. Although the theories on why so many suffer from anxiety and exactly what to do about it is somewhat murky, I think Pearson covers enough ground to give the anxious person a foothold and a starting point toward living with and coping with the condition, and she does so by giving an overview of anxiety from a historical perspective, interjecting insights from literature as well as psychologists and other practitioners, describing the symptoms and offering various actual examples of anxiety driven behavior. This book offers hope, but not the type offered by a cure-all medication, but rather the type that comes from understanding via reflection and introspection.
Read more
One person found this helpful
Helpful
Comment Report abuse

Bernard Chapin
4.0 out of 5 stars Anxious Days Indeed.
Reviewed in the United States on March 17, 2008
I don't actually know Patricia Pearson but have interviewed her twice. I totally loved When She Was Bad and was thus excited to read A Brief History of Anxiety. Overall, I enjoyed the book. Pearson is a creative, lively, and skilled writer who possesses keen wit and intelligence. For such a short book there certainly is a great deal of information available here on the topic of anxiety. It is not the first book I've read on the subject but it offered several insights of which I was not previously aware--such as the differences between American and Chinese socialization which result in lower levels of anxiety in eastern mothers and their offspring. The only reason I could not give the book 5 stars is that I felt that too much of it concerned the author. I did ask her about this and she stated essentially that this is to be expected as it is a memoir. Well, that's true if it's a memoir but I did not know this before cracking the spine. Its title, A Brief History of Anxiety [Yours and Mine], caused me to regard it as being more of a dispassionate study of the psychological condition. Perhaps that was a misassumption on my part alone as its autobiographical nature will be intuited by other readers. If it isn't at least I have illuminated its personal focus here. Regardless, spending time with Pearson's pen is always a good use of time.
Read more
16 people found this helpful
Helpful
Comment Report abuse

Clarisse McClellan
3.0 out of 5 stars Title is a bit misleading
Reviewed in the United States on May 2, 2010
While this book was an interesting and well-written account of the author's own anxiety, I didn't feel that the book really lived up to its title. There were a few sections about anxiety from a historical perspective, but the majority of the book focused on her own life.

The book took a bit of a twist towards the end, when we basically learn that anti-anxiety meds are evil and difficult to get off of. This part is especially weak as no research or stats are presented (unless you consider googling a medication research). I am fine with her having her own opinion about meds, however, it was a one-sided diatribe and didn't offer much perspective.

Not a bad book, but go into it realizing that this isn't really a book about the history of anxiety. It's one person's story.
Read more
8 people found this helpful
Helpful
Comment Report abuse
See all reviews

Amazon Customer
3.0 out of 5 stars Please read thie book if you suffer from depression.
Reviewed in the United Kingdom on June 8, 2015
Verified Purchase
A great informative book about the perils of some medicines which are available to people now.
Read more
Report abuse

FortLarryRidge
5.0 out of 5 stars Enlightening and Readable
Reviewed in Canada on July 2, 2014
Verified Purchase
A well-researched, sensitive examination of the development of fear and anxiety. The author reveals her personal journey into the darkness with an engaging, familiar style. Not to take away from the gripping detail of her personal experience, perhaps the greatest gift of this book is in Pearson's revelations regarding the hidden risks of medicating this illness. She offers a source of hope for those who have fallen into the pharmacological dilemma of trading anxiety for addiction.
Read more
Report abuse

Wayne Long passed it on !
4.0 out of 5 stars Dealing with Those Never ending Feelings---Did not read from cover to cover but------
Reviewed in Canada on August 17, 2013
Verified Purchase
I didn't read it from cover to cover but felt it sufficiently helpful as to pass it on to my daughter who has been diagnosed with chronic
anxiety..... as with any book, if there are several good ideas in any book it worth THE READ ! This particular book is more than worth the purchase....A KEEPER !
Read more
One person found this helpful
Report abuse

Sue Smith
2.0 out of 5 stars A brief History of Depression
Reviewed in Canada on May 2, 2009
Verified Purchase
I was looking for help with depression and I think I misunderstood the nature of the text. I found the book "dry" and really have to admit was of little help.
Read more
Report abuse
See all reviews