You've subscribed to Dark-Elves of Nightbloom! We will preorder your items within 24 hours of when they become available. When new books are released, we'll charge your default payment method for the lowest price available during the pre-order period.
Update your device or payment method, cancel individual pre-orders or your subscription at
Your Memberships & Subscriptions
There was an error. We were unable to process your subscription due to an error. Please refresh and try again. 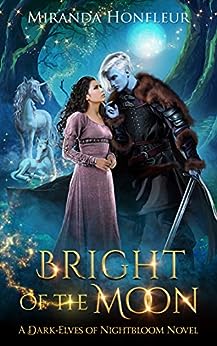 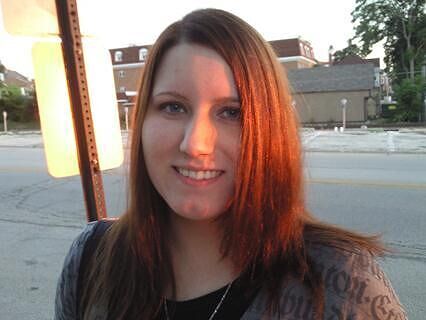 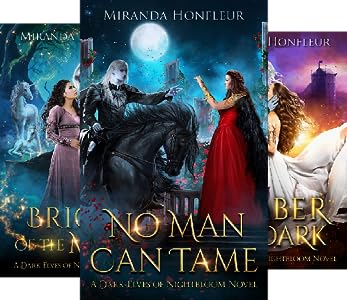 THE DARK-ELVES OF NIGHTBLOOM SERIES
1. No Man Can Tame
2. Bright of the Moon (forthcoming)
3. Crown to Ashes (forthcoming)

Connect with Miranda on:

4.4 out of 5 stars
4.4 out of 5
180 global ratings
How are ratings calculated?
To calculate the overall star rating and percentage breakdown by star, we don’t use a simple average. Instead, our system considers things like how recent a review is and if the reviewer bought the item on Amazon. It also analyzes reviews to verify trustworthiness.

Dana
5.0 out of 5 stars Loved It!
Reviewed in the United States on February 1, 2021
Verified Purchase
I absolutely adore Honfleur's ability to weave beautifully detailed fantasies. I get lost in the story and I always hate to put the book down.

Bella and Dhuro’s are thrown together. Both have very strong feelings - about each other, peace, war, fighting. As they travel together something magical happens. Can they survive the world and war raging around them?

This is the second book in the Dark-Elves of Nightbloom series. I absolutely love everything Honfleur writes! Beautiful Detail! Loved it!
Read more
19 people found this helpful
Helpful
Report abuse

Iris
5.0 out of 5 stars Bright of the Moon.....was so worth the wait❤️
Reviewed in the United States on January 31, 2021
Verified Purchase
Betrayal is something Dhuro has endured so many times, which why is so hard for him to trust humans. Lucky for him Bella is not just any human. She will bring a hardened, brooding warrior to his knees and love like never before! Beautifuly written novel with unforgettable characters, adventure and oh some steamy scenes🥰. I just love how this story brought these two characters together! Already pre-order the next book!
Read more
19 people found this helpful
Helpful
Report abuse

Serenity.Waiting
5.0 out of 5 stars Loved it.
Reviewed in the United States on February 2, 2021
Verified Purchase
Coming to a bookshelf or kindle near you...featuring a grumpy cave troll... the dark elf Dhuron and a feisty unicorn Bella who yet has mastered her magical control. Lurking assassins, past loves and some steamy moments keeps this story moving fast and pages turning. Definitely recommend reading No Man Can Tame prior but can stand alone but looses a bit of context without book 1.
Read more
15 people found this helpful
Helpful
Report abuse

Kindle Customer
5.0 out of 5 stars Experience
Reviewed in the United States on February 1, 2021
Verified Purchase
Adult content, reader discretion advised. You either have experience of you don't. You know the difference between knowledge and wisdom? Experience. You see you can know something, but until you experience something you can never master it. Experiences also are what make up life. The experience of fighting, resolving issues, forgiveness and love. Bella had no experience at being a Unicorn. She had a ton of experience a pursuing peace. Dhuro had a lot of experience with women and he learned they all wanted something from him. When tasked by his queen to return Bella to the unicorns he learned he had no experience the female unicorns. Together they would learn many invaluable lessons and maybe find peace.
Read more
13 people found this helpful
Helpful
Report abuse

Queri Marie
5.0 out of 5 stars 5 *s and two thumbs way up!
Reviewed in the United States on February 2, 2021
Verified Purchase
I love this continuation of the Dark Elves Series. Aless & Veron started it out with a bang, and as our story continues you have new places, new beasts and some returning characters (I LOVE Gavri!!).
Bella and Dhuro’s story is a great one of growth, realizing self, and accepting love. I loved Dhuro’s journey and Bella’s strength.
I’m already stalking An Ember in the Dark & will continue to watch Crown to Ashes - eagerly awaiting their release.
Read more
13 people found this helpful
Helpful
Report abuse

KTurner
5.0 out of 5 stars Loved it!
Reviewed in the United States on February 21, 2021
Verified Purchase
Such a well written book! Loved the characters, the conflicts, the adventures! Looking forward to more in this series and will be checking out all the others by Miranda Honfleur! Keep writing, I’ll keep reading!
Read more
11 people found this helpful
Helpful
Report abuse

S. Gaona
5.0 out of 5 stars Wonderful read.
Reviewed in the United States on February 21, 2021
Verified Purchase
This was a wonderful continuation of the series. It was exciting and romantic,a little sad but definitely rewarding. I can’t wait for the next book.
Read more
11 people found this helpful
Helpful
Report abuse

Kindle Customer
3.0 out of 5 stars Long wait
Reviewed in the United States on February 9, 2021
Verified Purchase
For book 2. It feels incomplete and more like an outline or short story than a novel. Characters were flat and not compelling except for Gwydion. The Unicorn King hints at an interesting backstory. The solutions were too easy. Trite and almost lame. Dialogue was lacking. No spirit of fire. A disappointment after Book 1
Read more
9 people found this helpful
Helpful
Report abuse
See all reviews

A M North
5.0 out of 5 stars Lost in the Woods
Reviewed in the United Kingdom on February 1, 2021
Verified Purchase
I have been reading Miranda Honfleur's Stories since an online promotion for something called 'Blade and Rose' materialised in my Facebook Feed one day about three years ago. I liked it a lot and I've read every further instalment since. After a year of illness, plus the other unpleasantness that impacted on us all last year, Miranda has resumed production and written the second of her 'Dark Elves' novels following on from No Man can Tame. This is no doubt a great relief to her many readers who have been waiting anxiously for further stories from Emaurria and Nightbloom.
Dhuro, Prince of Nightbloom we have met before in 'No Man Can Tame' where he came across none too positively as a sulking and resentful younger brother to Veron (the main male protagonist of that book). Arabella we know less about as while she did appear in the earlier story, her appearance was very close to the end as part of the denouement to the Tale (which you will have to read for yourselves!) We get to know them both far more in Bright of the Moon, discover that Bella is a real idealist and that Dhuro is actually pretty funny in a sarcastic way - at one stage when Bella is refusing to speak to him he wonders why a woman thinks that silence is a punishment. They bicker a great deal in the earlier stages of the story, but of course that will soon change...
The backdrop is a journey through the wilderness within which lie the hidden Dark Elf realms, as Bella and Dhuro try to contact the one group that can possibly avert an Elf-War. This allows Miranda to introduce another race of Immortals to her ever-growing world - the Unicorns and their own brand of magic – as our heroes attempt to evade an army, a team of Bounty Hunters, and monstrous beasts when they make their perilous journey. It is a thrilling tale, especially as it’s by no means clear whether Dhuro and Bella will ever reach their destination - things go wrong when they are attacked and sometimes all they can do to stay alive and uncaptured is run away into the wilderness. But while doing so, Miranda unwraps the two characters in her prose and we get to learn much more about them and why they are who and how they are.
A lot of questions are wrapped up satisfactorily by the concluding chapters of the story, with a happy ending for Dhuro and Bella. Some intriguing other characters have also emerged during the story: especially Drakkar and the mysterious Janessa, who doesn’t actually appear in the book apart from flashbacks and yet her influence pervades much of the conflict and I would lay money on her featuring in Miranda’s stories at some point in the future…
I received this book as an ARC, but I have also purchased a Kindle copy. I enjoyed reading the story a great deal, and it’s really good to see Mrs Honfleur back in action!
Read more
Report abuse

Susanne H.
5.0 out of 5 stars Worth the wait
Reviewed in Germany on January 31, 2021
Verified Purchase
Miranda Honfleur is a young talented writer, I absolutely adore her story telling. Since her last book came out a while ago, I couldn`t wait for the release of „Bright of the Moon“. I devoured it in one go and wow I was immediately hooked on the story as usual.
Read more
Report abuse