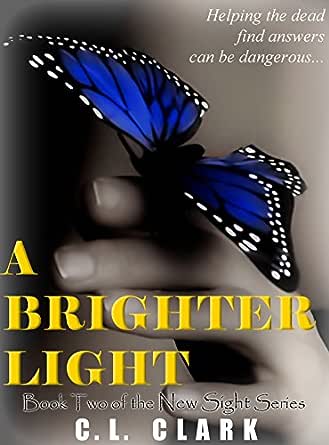 You've subscribed to New Sight Series! We will preorder your items within 24 hours of when they become available. When new books are released, we'll charge your default payment method for the lowest price available during the pre-order period.
Update your device or payment method, cancel individual pre-orders or your subscription at
Your Memberships & Subscriptions
There was an error. We were unable to process your subscription due to an error. Please refresh and try again. 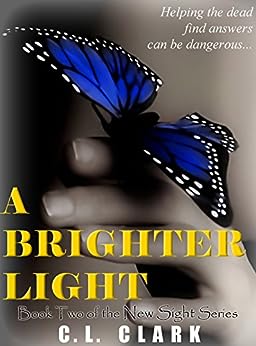 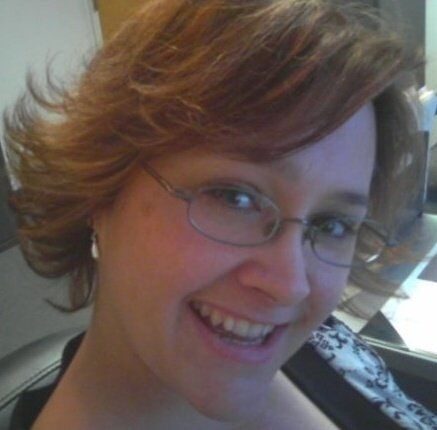 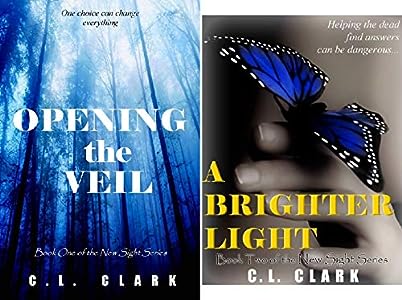 Kindle Customer
4.0 out of 5 stars A Very Pleasant, Nicely Written Episode
Reviewed in the United States on January 5, 2019
Verified Purchase
The characters are interesting and the plot is fun. It's a pleasant diversion for a stressful day.

I like the theme of the story, but I'd prefer to have a more defined beginning and end. As it is now is like the old-time radio series in which the listeners had to tune in every week to hear the next episode; that, I imagine, is the point.The entire series, I suspect, could make up a single book.

kathy
4.0 out of 5 stars Very intriguing
Reviewed in the United States on November 28, 2015
Verified Purchase
It's a warm feel good mystery book I enjoyed the character very much this book is quirky and mysterious a all in one
Read more
Helpful
Report abuse

Cyndie
5.0 out of 5 stars Love love loved this book
Reviewed in the United States on January 11, 2016
Verified Purchase
It's sweet, funny, suspenseful, loving, it made me think of my cat in a different way. I like the family feel with the town folks. Can't wait to see where the romance goes.
Read more
Helpful
Report abuse

Serenity
5.0 out of 5 stars A Brighter Light
Reviewed in the United States on July 16, 2015
Back with Cassie and Allie! You know them as the ones who help out the dead. Yeah, no biggie. Its a normal job to have right?

Anyway.....Cassie has been through a lot, and still needs some help along her life. So she, like any other sane person, gets advice from her talking cat! Allie, does have some good advice, though, a very smart cat. So together they figure out how they can help t he dead that needs her.

Things are going along and then in walks Zeb who already knows about Cassie's life. She want's to know how this person knows about her, but it would only be fair if he revealed his secret too. Though the attraction thing between them is awesome. But, it's always nice to know the other person's secrets first.

Then the pace picks up, and I just couldn't put down the book. Ghosts are storming in for her help. They are coming one right after the other and Cassie needs to relax, make a plan that will help out the dead, and keep her life in one piece. Zeb and Allie are great help, but Cassie is the only one who can really do anything for the dead, and they just won't make it easy for her,

But I read this book in no time, and now I'll try and wait nicely for the next book to be out. I love Cassie, and her world!

JenacideByBibliophile
4.0 out of 5 stars I absolutlely love this lead character!
Reviewed in the United States on October 2, 2015
Disclaimer: This book was sent to me by the author, C. L. Clark, for an honest review.

Cassie, short for Cassiopeia, is having an interesting few days. She learns that her cat, Allie, can speak to her though her mind, that her coworker Todd, an insurance investigator, may be doing something highly illegal, and that her new gorgeous neighbor, Scott, may be something other than human and murdering women in her town. After the murder of a girl named Courtney comes to light, which just so happens to be the waitress that Scott was flirting with on his date with Cassie, Cassie feels the need to hunt down the murderer and put an end to the now climbing deaths. As Cassie looks for clues to who might be the cause of these women turning up dead, she also starts to develop certain supernatural abilities such as seeing spirits.

“I didn’t consider myself that easy to set aside, but I was trying to not let any of these thoughts show; no easy feat for me, by the way, seeing as how I am a consummate eye-roller with tendencies toward mild vindication and bouts of sarcasm.”
- Cassiopeia

I think we can all agree that Cassie is a feisty woman, and of course I absolutely LOVE her sarcasm. Again, I have come across another story with a strong and spunky female character who commands your attention. You know what is even better about this character though? She doesn’t have a romance on the side while she is investigating these murders…can somebody say refreshing? Refreshing. All she has is her trusty sidekick cat, Allie, who has been placed on earth by “The Creator” to protect Cassie. Very Sailor Moon-esque. I enjoyed how the author made sure to keep the feline traits with Allie, even though she can speak to Cassie in her head which makes her feel a bit more human. The way the author tied a bit of fictional background about cats into the story was very interesting. The author explained that each “Cat” is given a human to watch over and protect, but of course not all humans like cats (as I am one of them) so that is why there are so many stray cats all over…because they have nowhere to go. It is all very sad (sarcasm). But nonetheless, it was rather interesting to think about because I have always felt that cats are rather strange and seem like they are always up to something.

Did I mention that the author does a fantastic job with description and creative writing? She has a tremendous knack for comparisons and making the reader actually feel the words, which I found fantastic. I love a lot of details and obnoxious amounts of descriptions in a story, so this was exactly the type of writing that I enjoy. But not only do you get wonderful visuals into exactly what the characters are feeling, but we also get some much enjoyed sarcasm and wit along with it:

“If I were made of metal, the sudden sound of my eyelids crashing together and the rest of my face scrunching up would have echoed like a massive wreck in the parking lot. Not unlike my ego at that very moment.”
- Cassiopeia

I think the author could have done a better job at explaining certain aspects of the story. There were many times when a turn in the story was presented, but it was never fully executed and explained later on. For example, our main character starts to suddenly be able to see spirits around her town. This was explained a little, but not nearly enough for me to feel like I completely understood. It seems that most things were cut a little bit short, without the reader getting the full background on what happens. I think the author should have spent a bit more time on giving more details to the evil that resided in Scott, the cat Allie, the reasons why the murders were happening, and our sketchy investigator Tom. Instead, I think the author focused a little too much on the center of the story, and not enough on explaining the outcomes and the motives.
Overall, I am interested in seeing how the next book in the series turns out. I want to see where the new abilities that Cassie now possess takes her, as well as how the writing and storyline progresses. Though the center of this book got a little slowed down at times, I think it was overall a fun read. Cassie is definitely a character I enjoy reading about and going on a journey with, so I am very excited to start book two in the New Sight Series called A Brighter Light.
Read more
One person found this helpful
Helpful
Report abuse

Listing Books
4.0 out of 5 stars Truly entertaining
Reviewed in the United States on July 22, 2015
This is a wonderful book. I loved the characters. Cassie is a very memorable protagonist. She has the ability to see the dead. This is a story that entertains and ultimately satisfies you in the end. I was enthralled with the book because of the characters. They are written and weaved inside the plot in a dynamic fashion, that you can’t help want to know what’s going to happen next. C.L. Clark makes you turn the page through her writing. A gifted story storyteller with an excellent means of capturing that story, and transcending it on the page into the mind of the reader.

Now what makes this story so different and unique is it’s almost ludicrous, but yet perfect in that sense. Cassie takes advice from her talking cat, named Allie. Now Allie the Cat along with Cassie go about helping the dead, and trying to figure out just what the dead want.

Soon insert another character named Zeb who knows about Cassie and her abilities. The mystery of how he knows, and just what is to transpire next, is the basis of the book.

A unique blend of imagination and awesome character development. The story leads to a surprising situation that is both fanciful, and brilliantly fun at the same time.