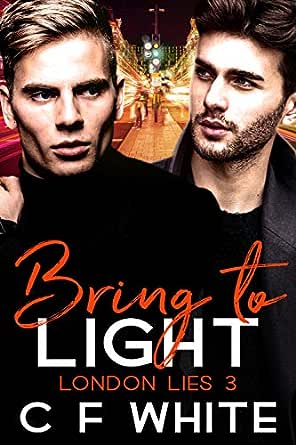 You've subscribed to London Lies! We will preorder your items within 24 hours of when they become available. When new books are released, we'll charge your default payment method for the lowest price available during the pre-order period.
Update your device or payment method, cancel individual pre-orders or your subscription at
Your Memberships & Subscriptions
There was an error. We were unable to process your subscription due to an error. Please refresh and try again. 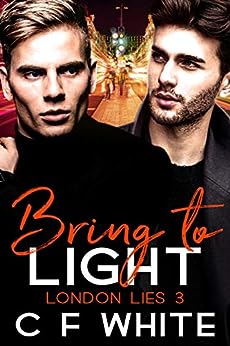 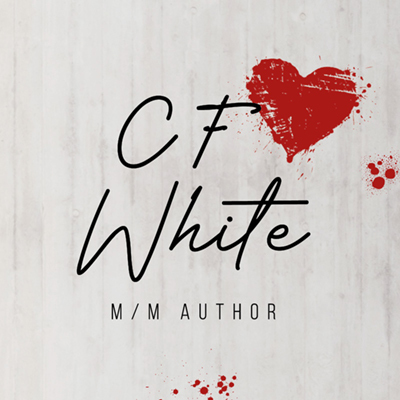 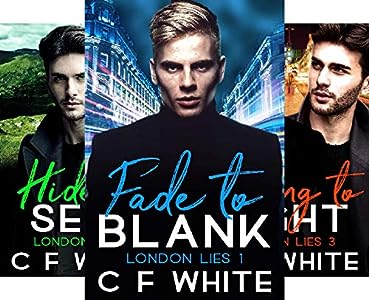 Amelia
5.0 out of 5 stars A high-stakes, dramatic conclusion to an epic series
Reviewed in the United States on December 11, 2020
I've been excited about this book for several months, and now that I've finished reading the dramatic conclusion I think it was definitely worth the wait. Jackson and Fletcher have been through so much in this series, and looking back to where it all started I can't believe how much things escalated in this story. If the last book was a bit of a breather, a chance to get to know Jackson and Fletcher better and see their relationship grow, this story was a whirlwind of secrets unveiled and a heart-pumping race to expose the truth before being silenced permanently. The action scenes made me sweat like never before, the dramatics were more amped up than ever, and I felt myself growing more and more paranoid about the trustworthiness of everyone except Jackson and Fletcher. Fletcher's investigation kept me glued to my seat, eagerly dissecting every little scrap of information for clues about how all the pieces of the puzzle fit together. I was happy that he and Jackson somehow kept their relationship together amongst the chaos, but honestly I was more excited to see how the epic web of corruption would be exposed.

Given how impulsive Fletcher was when Jackson initially approached him, it shouldn't have surprised me to see him fly off the handle as soon as one of his own was in danger. Even knowing that, I was still so incredibly angry about how rashly Fletcher acted, putting himself and Jackson right in the position the bad guys wanted them to be in. Maybe it's because I was so invested in the story, but it took me a long time to get over my sheer frustration at how dumb and irrational he was in that moment. The fact that he ran off and got distracted in the most climactic moment of the story only made me want to scream even more. Luckily, Jackson proved to be excellent backup and managed to turn the situation around to his advantage in the end. I'm honestly still processing the magnitude of what was revealed at the end of the story, but just knowing that the good guys eeked out a victory is enough to satisfy my curiosity. Hats off to C F White for a thrilling and unexpected conclusion to this fantastic suspense series!

**I voluntarily read an ARC of this book. This review expresses my honest thoughts and opinions.

OldLadyStauffer
5.0 out of 5 stars Perfect ending for our beloved heroes
Reviewed in the United States on December 14, 2020
Holy, wow. What a series!

I’ve been on the edge of my seat since book one, and the ending of this book was a long time coming! I don’t even know where to start, because I don’t wanna give anything away. The suspense is part of the fun!

By this point, in the series, I am very invested in Jackson and Fletcher’s lives. Everything is connected now, no longer just about Jackson or Fletcher. They are in it together, and so am I.

This story picks up where book two left off. Diego just keeps getting more and more evil, with every book. Along with his henchman, Billy, they are easily the creepiest bad guys I’ve had the displeasure of reading about. Diego isn’t the man in charge though, and this goes further, and deeper, than Jax and Fletcher first thought.

This series is well written, and the character development is just incredible. Even the bad guys were perfectly written. No character was spared having dimension and purpose. I was really impressed with all of it. As each book, minus this last one, where we FINALLY get answers and a HEA for our heroes, ends in a cliffhanger, this series really needs to be read in order. There is no way you can catch up if you skip a book.

I’m kinda sad to see this series come to an end, but I can always start the series over. There are the audiobook versions as well. I’d be remiss not to mention that. Piers Ryman has done a tremendous job with the first two books, and I’m looking forward to adding book three to my audio library.

Jerri
4.0 out of 5 stars The devil’s in the details
Reviewed in the United States on December 10, 2020
Wow. So many details were tied together in this book! There was more going on all along that didn’t come to light until book 3.
Our guys managed to topple the evil empire in spectacular fashion. They saved the farm and started their new lives together, too. It was pretty suspenseful along the way, too! It was really ramped up a notch from the first two books.
Once I started, I couldn’t stop until I was done. An excellent end to the trilogy.
Read more
Helpful
Report abuse

AL
5.0 out of 5 stars Grand finale!
Reviewed in the United States on December 10, 2020
Brilliant! This series had me riveted from the very first part and I am thrilled to say it kept the same quality and tension to the very end! I absolutely loved the overall story arc and the MCs!
Their connection went through a real roller coaster and it was pure pleasure to be along for the ride.
This is another CF White's series that I enjoyed so much and it's now a no brainer to one - click any new books from this author!
Read more
Helpful
Report abuse

Mary BB
4.0 out of 5 stars Good wrap up!
Reviewed in the United States on December 10, 2020
There was so much to wrap up in this story! So many people, moving parts and drama. I think this final book really did a good job tying things up and concluding the story. The only thing I wish was included was an epilogue set a few years in the future, or even present day, because I would love to know what Fletcher and Jackson would be doing now. Great series!
Read more
Helpful
Report abuse

nrevvy
5.0 out of 5 stars Excellent conclusion
Reviewed in the United States on December 14, 2020
Some parallels to recent events in Hollywood (that didn’t have the murdery bits). Tension and anticipation runs high in this final volume, Jax and Fletcher are still TSTL at times. I very much enjoyed this trilogy although I still don’t understand why it was set in 1999.
Read more
Helpful
Report abuse

Janet L Hunt
5.0 out of 5 stars sooo good!!
Reviewed in the United States on December 14, 2020
This had been one heck of a roller coaster ride!! Sooo good!! The author has done a fantastic job with the character development between Jackson and Fletcher. The mystery has been exemplary. I have loved watching it unfold and highly recommend this series!! I’m voluntarily reviewing from an advanced copy that I received.
Read more
Helpful
Report abuse
See all reviews

DM
3.0 out of 5 stars Hmmm: 3.5 Stars
Reviewed in the United Kingdom on December 30, 2020
Verified Purchase
Am reviewing book 3 and also considering it in the whole as a trilogy and overall - a solid 3.5 stars. Whilst Fletcher & Jackson were both likeable and believeable as characters, what irritated most were the following - be warned, slight spoilers to follow:

1) Why was it set 20 years ago? The only reason I can really think of was that being gay & publicly out was less well-viewed/known then? That said, this does not seem to have been enough of a reason for this setting and, whilst I realise am a bit of a pedant, get the technology right! For example, in Book1 the author refers to Fletcher working on his laptop on the tube. In 1999. Impossible; Also - references to tapping a mobile - you didn't, you had buttons. To press! Plus, the first internet cafe opened in London in 2004 and not 1999. Again - a bit of research would have solved these errors & not irritated pedants, like me! And they were not the only ones, but the ones I made note of in irritation!

2) Portrayal of women - all of them, perhaps Fletcher's mother aside were portrayed as weak, money-grabbing & beauty obsessed/fatuous. As a female, I object to this portrayal of my gender and see it as internalised misogyny. Why would you write them this way? Jackson's mother was especially portrayed in this manner. It... irritates.

3) The ending of book 3 - needed a far better ending, with perhaps an epilogue, extra chapter of them further down the line. If you've spent three books following 2 MCs lives, it's rather disheartening to have to end up with a 'grand'.

All of the above probably make it sound as if the book/books were not enjoyable. They were, but they irritated a wee bit and too much for me to give them anything more than a 3.5 star rating. This author's books are normally ones I hoover up, she writes well and interesting tales, but this had something missing. A shame, could have been better.
Read more
Report abuse
See all reviews