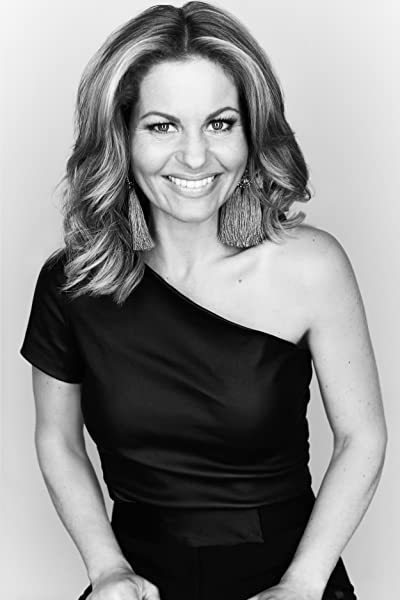 by Candace Cameron Bure (Author)
4.8 out of 5 stars 686 ratings
See all formats and editions
Sorry, there was a problem loading this page. Try again.

This Christmas devotional journal includes a short devotion from Candace Cameron Bure, a fun interactive activity such as a graph or a list to fill in, and a coordinating classic Christmas story. Known as The Queen of Christmas on Hallmark Channel, Candace encourages you to pause and reflect on the reason for the season while making quiet time for inner peace, finding joy in the chaos, and selflessly serving others. As you read the Christmas devotions and complete the activity journal pages, you'll rediscover the wonder and amazement of the season and draw closer to the Savior. You will personally connect with Jesus in ways that will change your perspective and your response to the timeless Christmas story. Bring On the Merry will help you stress less and enjoy the season more as you put your focus on what really matters JESUS!
Read more
Previous page
Next page

It’s the Christmas season, friends! It's truly the most wonderful time of the year. It’s a season of all my favorite things: family, Hallmark Christmas movies, gift giving, and, of course, time with the One who gives us a reason to celebrate: Jesus. Throughout these twenty-five devotions, I hope your joy grows. May you experience the merriment of Christmastime like never before. I pray that you will find true rest and peace and purpose during this crazy season.

This Christmas devotional points you to life-changing words from the Bible and encourages you to focus on your relationship with Jesus—especially during this busy time of the year. You’ll work through interactive activities designed to guide you in reflecting more deeply on what you have read. In addition, you’ll read my favorite classic Christmas stories, poems, and song lyrics to help you celebrate the beauty of Christmas in a fresh way. I can’t wait for you to dive in. I hope this will be your most merry Christmas yet!

This fun, interactive Christmas devotional journal is full of creative prompts and activities to draw you closer to the Savior, for the most meaningful Christmas ever!

While Candace Cameron Bure is well known for her role as D.J. Tanner on the television series Full House and Fuller House, she's equally known for being the Queen of Christmas on the Hallmark Channel. Even though she keeps busy as a wife, mother, actor, producer, and author, more than anything, her heart's desire is to help women draw closer to Jesus and to encourage kindness toward everyone-always. She has authored and published several books, including devotional journals that help readers connect with and apply biblical truths and principles. Candace resides in California with her family.
Tell the Publisher!
I'd like to read this book on Kindle

Candace Cameron Bure lights up the entertainment industry as a role model to women of all ages, reaching millions of fans. She is an award-winning actress and producer, New York Times Best-Selling Author, wife, and mother of 3.

On ABC Network's long-time running talk show The View, Candace wrapped her second season as co-host in December 2016. Candace and her co-hosts were nominated both years for a Daytime Emmy Award, and the show itself also received yet another nomination for Outstanding Talk Show.

A woman of many talents, Candace released her fifth and sixth book in 2018, Kind is the New Classy: The Power of Living Graciously, and her first children’s book Candace Center Stage. Her third book, Dancing Through Life: Steps of Courage and Conviction chronicles her journey of self-discovery that came by leaping out of her comfort zone on season 18 of ABC’s Dancing with the Stars. It includes the highs and lows, the roadblocks, and the personal victories that she experienced while competing on the show.

Candace is both outspoken and passionate about her family and faith. Candace and her husband, former NHL star Valeri Bure, have been happily married since 1996. Together with their 3 children, Natasha, Lev and Maksim, they split their time between Los Angeles and Napa Valley, California which is home to their highly rated boutique wine label, Bure Family Wines.

Neb688
3.0 out of 5 stars Didn't meet my expectations - light the Bible study side
Reviewed in the United States on December 28, 2021
Verified Purchase
My intent was a daily devotion-type study to help get me into Christmas. I miss going to Advent services and the season is overwhelmed by busy-ness that it has diminished meaning. I wanted an advent devotion that brought back meaning. This was ok, but I had hoped for more.

Here's what I saw: Several pages that I wasn't sure where each day's study started or ended. It seems to offer a Candace written narrative sprinkled with a few Bible verses, then a Christmas time story, then a short workbook type section where you fill in the blanks. The stories were often a little obtuse for an advent Bible study (The Christmas Spruce Tree, The Gift of the Magi, The Wooden Shoes of Little Wolff, etc.). I ended up skipping most because I didn't care for them. The workbook section was meant for heartfelt contemplation and cathartic writing that may or may not be linked to to scripture.

Here's what I expected: Defined sections for each day. A devotional Q&A section that pointed to scripture (that you needed to look up) to find the answers to questions. To me, that would be more of a Bible study than a personal exploration of thoughts. Overall: More of a journal than a devotional.

I'm sure it works great for some people. Maybe this review will help shoppers decide if this format and style works for them. I'll keep looking for something that better fits my needs.
Read more
One person found this helpful
Helpful
Report abuse

Angela
5.0 out of 5 stars Simple yet fulfilling
Reviewed in the United States on September 2, 2021
Verified Purchase
Really enjoyed this to connect with God and be inspired to help others. Didn't take up too much time each day but fulfilling with scripture and how to apply it.
Read more
5 people found this helpful
Helpful
Report abuse

Amazon Customer
4.0 out of 5 stars Currently enjoying :)
Reviewed in the United States on December 4, 2021
Verified Purchase
This is a sweet little book im reading each morning of advent. I wish the days or stories were numbered though. At first I’m not fully understanding how to use the book, but I guess it’s one story at a time. I’m only in day 4 right now. If you’re looking for an advent study, this is not it. But, if you want something enjoyable and easy to read, I do recommend it. Candace has a joy filled and lovely personality, you can tell she loves the Lord, loves people, and loves life. Those qualities all shine through in this book, making it a quite enjoyable book and a nice compliment to quiet time in the season of advent.
Read more
One person found this helpful
Helpful
Report abuse

Little Rose
5.0 out of 5 stars Restful
Reviewed in the United States on December 1, 2021
Verified Purchase
I am three days into this devotional, and I already feel much more calm this Christmas season. This gives me time to reflect, and make sure I am celebrating Christmas for the right reasons. The devotions take me about 10 minutes everyday. This is just the right amount of time to get me to stop and slow down. This is a very beautiful book and I look forward to continuing the journey Candace has laid out for us.
Read more
One person found this helpful
Helpful
Report abuse

Ellie
5.0 out of 5 stars Great Advent Devotional
Reviewed in the United States on January 1, 2022
Verified Purchase
I really enjoyed this Christmas book! There were 25 days of devotions and each included a two page devotional, a one-two page Christmas story, and a journaling type exercise. I loved the devotions, but I would have been fine without the extras that were included. I didn't read many of the little stories or do many of the exercises. I felt like the book was worth it just for the devotions. I plan to read it again next year and I highly recommend it.
Read more
Helpful
Report abuse

Amazon Customer
5.0 out of 5 stars The Best book
Reviewed in the United States on November 17, 2021
Verified Purchase
Bring on the Merry is one of the best books I’ve read on preparation for the holidays. My small group is reading this together. It is so refreshing to read and reminds us to have a heart like Jesus and to be thankful! Thank you Candace!
Read more
2 people found this helpful
Helpful
Report abuse
See all reviews