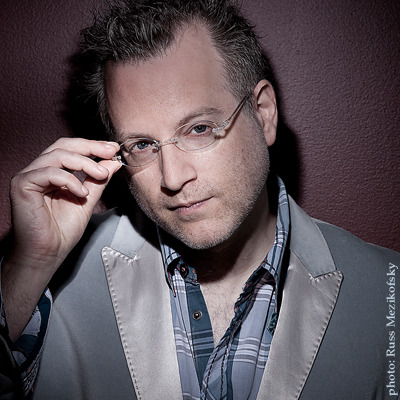 Bringing Down the House: The Inside Story of Six M.I.T. Students Who Took Vegas for Millions Paperback

"Shy, geeky, amiable" MIT grad Kevin Lewis, was, Mezrich learns at a party, living a double life winning huge sums of cash in Las Vegas casinos. In 1993 when Lewis was 20 years old and feeling aimless, he was invited to join the MIT Blackjack Team, organized by a former math instructor, who said, "Blackjack is beatable." Expanding on the "hi-lo" card-counting techniques popularized by Edward Thorp in his 1962 book, Beat the Dealer, the MIT group's more advanced team strategies were legal, yet frowned upon by casinos. Backed by anonymous investors, team members checked into Vegas hotels under assumed names and, pretending not to know each other, communicated in the casinos with gestures and card-count code words. Taking advantage of the statistical nature of blackjack, the team raked in millions before casinos caught on and pursued them. In his first nonfiction foray, novelist Mezrich (Reaper, etc.), telling the tale primarily from Kevin's point of view, manages to milk that threat for a degree of suspense. But the tension is undercut by the first-draft feel of his pedestrian prose, alternating between irrelevant details and heightened melodrama. In a closing essay, Lewis details the intricacies of card counting.
Copyright 2002 Cahners Business Information, Inc.

It was ten minutes past three in the morning, and Kevin Lewis looked like he was about to pass out. There were three empty martini glasses on the table in front of him, and he was leaning forward on both elbows, his gaze focused on his cards. The dealer was still feigning patience, in deference to the pile of purple chips in front of the martini glasses. But the other players were beginning to get restless. They wanted the kid to make his bet already -- or pack it in, grab the ratty duffel bag under his chair, and head back to Boston. Hell, hadn't he won enough? What was a college senior going to do with thirty thousand dollars?

The dealer, sensing the mood at the table, finally tapped the blackjack shoe. "It's up to you, Kevin. You've had a hell of a run. Are you in for another round?"

Kevin tried to hide his trembling hands. Truth be told, his name wasn't really Kevin. And he wasn't even slightly drunk. The red splotches on his cheeks had been painted on in his hotel room. And though thirty thousand dollars in chips was enough to make his hands shake, it wasn't something that would impress the people who really knew him. They'd be much more interested in the ratty duffel bag beneath his chair.

Kevin breathed deeply, calming himself. He'd done this a hundred times, and there was no reason to think that tonight would be any different.

He reached for three five-hundred-dollar chips, then glanced around, pretending to look for the cocktail waitress. Out of the corner of his eye, he saw his Spotter. Red-haired, pretty, wearing a low-cut blouse and too much makeup. Nobody would have guessed she was a former MIT mechanical-engineering major and an honors student at Harvard Business School. She was close enough to see the table but far enough away not to draw any suspicion. Kevin caught her gaze, then waited for her signal. A bent right arm would tell him to double his bet. Both arms folded and he'd push most of his chips into the betting circle. Arms flat at her sides and he'd drop down to the lowest possible bet.

But she didn't do any of these things. Instead, she ran her right hand through her hair.

Kevin stared at her, making sure he had read her right. Then he quickly started to gather his chips.

"That's it for me," he said to the table, slurring his words. "Should have skipped that last martini."

Inside, he was on fire. He glanced at his Spotter again. Her hand was still deep in her red hair. Christ. In six months, Kevin had never seen a Spotter do that before. The signal had nothing to do with the deck, nothing to do with the precise running count that had won him thirty thousand dollars in under an hour.

A hand in the hair meant only one thing. Get out. Get moving. Now.

Kevin slung the duffel bag over his shoulder and jammed the purple chips into his pockets.

The dealer was watching him carefully. "You sure you don't want me to color up?"

Maybe the man sensed that something wasn't right. Kevin was about to toss him a tip when he caught sight of the suits. Three of them, coming around the nearest craps table. Big, burly men with narrow eyes. No time for niceties.

"That's okay," Kevin said, backing away from the table. "I like the way they jiggle around in my pants."

He turned and darted through the casino. He knew they were watching him from above -- the Eyes in the Sky. But he doubted they would make a scene. They were just trying to protect their money. Still, he didn't want to take any chances. If the suits caught up to him -- well, everyone had heard the stories. Back rooms. Intimidation tactics. Sometimes even violence. No matter how many makeovers the town got, deep down, this was still Vegas.

Tonight Kevin was lucky. He made it outside without incident, blending into the ever-present flow of tourists on the brightly lit Strip. A minute later, he was sitting on a bench at a neon-drenched cabstand across the street. The duffel bag was on his lap.

The redhead from inside dropped onto the bench next to him, lighting herself a cigarette. Her hands were shaking. "That was too fucking close. They came straight out of the elevators. They must have been upstairs watching the whole time."

Kevin nodded. He was breathing hard. His chest was soaked in sweat. There was no better feeling in the world.

"Think we should quit for the night?" the girl asked.

Kevin smiled at her.

"Let's try the Stardust. My face is still good there."

He put both hands on the duffel bag, feeling the stacks of bills inside. A little over one million dollars, all in hundreds: Kevin's bankroll, partially financed by the shadowy investors who recruited him six months before. They had trained him in mock casinos set up in ratty apartments, abandoned warehouses, even MIT classrooms. Then they had set him loose on the neon Strip.

Most of his friends were back at school -- taking tests, drinking beer, arguing about the Red Sox. He was in Las Vegas, living the high life on a million dollars of someone else's money. Sooner or later, it might all come crashing down. But Kevin didn't really care.

He hadn't invented the System. He was just one of the lucky few smart enough pull it off...

"In this high-octane tale with rich, sharp dialogue bordering on Elmore Leonard turf, the plot races by at a Nascar pace and the characters on both sides of the table are as real as an inside straight, making their moves and planning their scores like a croupier on speed. Take the odds, bet the bank, and stare down the dealer. Bringing Down the House is a cant-miss deal." Lorenzo Carcaterra, author of Gangster and Street Boys

"Ben Mezrich takes us where every man dreams of going but precious few ever havebeating the casino. In this rollicking truth-is-stranger-than-fiction tale, Robin Hood meets the Rat Pack as the hero steals from the rich and gives, um, to himself. Odds are youll love it." Michael Capuzzo, New York Times bestselling author of Close to Shore

"Will grip anyone who has ever hoped to break the bank at Monte Carlo."

<br/><br/>"A lively tale that could pass for thriller fiction....More amazing because it really happened."

For the first third of his nonfiction debut, novelist Mezrich craps out. Ground lights viewed from an airplane aren't just pinpricks, or even little pinpricks, but "tiny little pinpricks." Las Vegas tourism facts are crammed onto the pages like seven decks in a six-deck shoe. But Mezrich finally hits the jackpot on page 79, when M.I.T. student Kevin Lewis steps onto the floor of the Mirage. The book stays on a roll as it describes how the young gambler and his card-counting cohorts employ simple math and complex disguises to win nearly $4 million at the blackjack tables. Bouncing from huge scores to frightening banishments, the M.I.T. team fights a winning battle against the law of averages--until they're forced to flee south like Butch and Sundance from the gaming industry's Joe LeFors. Although Mezrich's prose never rises above serviceable (and he pointlessly injects himself into the narrative at every turn), the story he tells will grip anyone who has ever hoped to break the bank at Monte Carlo. Frank Sennett
Copyright © American Library Association. All rights reserved
Read more