British Petroleum and the Redline Agreement and millions of other books are available for Amazon Kindle. Learn more
Share <Embed> 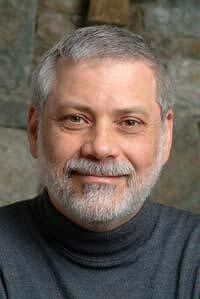 British Petroleum and the Redline Agreement: The West's Secret Pact to Get Mideast Oil Paperback – January 16, 2011

IMPRESSIVE. METICULOUS. Black's impressive analysis, which included looking at more than 50,000 original documents and hundreds of scholarly books and articles ... explains why the West's record in the region so complicates nation-building there today. Many readers may find the breadth of analysis too ambitious. --Richard A. Clarke, Washington Post Book World

POWERFUL. EVOCATIVE. TAUT. Edwin Black s powerful new study --is solid and evocative throughout. For those interested in business history, his study of the relationship between commercial and political interests, especially the company that eventually became British Petroleum, is well worth the price of admission. There s also ample material to draw from to consider the future path of Iraq ... Black is committed, if not obsessed, with hyper-intensive research and documentation. His books are copiously footnoted and referenced. Given the seriousness and scope of the subjects, this is an absolute necessity. --Richard Pachter, Miami Herald

FASCINATING HISTORY. What a fascinating history ... Black tries to show that the reason so much attention has been paid to Iraq, especially in the modern era, is its oil. He does so fairly convincingly. --Adam Daifallah, Montreal Gazette

Edwin Black is the award-winning, New York Times and international investigative author of 80 bestselling editions in 14 languages in 61 countries, as well as scores of newspaper and magazine articles in the leading publications of the United States, Europe and Israel. With a million books in print, his work focuses on genocide and hate, corporate criminality and corruption, governmental misconduct, academic fraud, philanthropy abuse, oil addiction, alternative energy and historical investigation. Editors have submitted Black's work nine times for Pulitzer Prize nomination, and in recent years he has been the recipient of a series of top editorial awards. He has also contributed to a number of anthologies worldwide. For his work, Black has been interviewed on hundreds of network broadcasts from Oprah, the Today Show, CNN Wolf Blitzer Reports and NBC Dateline in the US to the leading networks of Europe and Latin American. His works have been the subject of numerous documentaries, here and abroad. All of his books have been optioned by Hollywood for film, with three in active production. His latest film is the screen adaptation War Against the Weak, based on his book of the same name. Black's speaking tours include hundreds of events in dozens of cities each year, appearing at prestigious venues from the Library of Congress in Washington to the Simon Wiesenthal Institute in Los Angeles in America, and in Europe from London's British War Museum and Amsterdam's Institute for War Documentation to Munich's Carl Orff Hall. He is the editor of The Cutting Edge News, which receives more than 1.5 million visits monthly. Black's ten award-winning bestselling books are IBM and the Holocaust (2001), British Petroleum and the Redline Agreement (2011), The Farhud (2010), Nazi Nexus (2009), The Plan (2008), Internal Combustion (2006), Banking on Baghdad (2004), War Against the Weak (2003), The Transfer Agreement (1984), and a 1999 novel, Format C:. His enterprise and investigative writings have appeared in scores of newspapers from the Washington Post, Los Angeles Times and Chicago Tribune to the Sunday Times of London, Frankfurter Zeitung and the Jerusalem Post, as well as scores of magazines as diverse as Playboy, Sports Illustrated, Reform Judaism, Der Spiegel, L'Express, BusinessWeek and American Bar Association Journal. Black's articles are syndicated worldwide.

Start reading British Petroleum and the Redline Agreement on your Kindle in under a minute.

CR
5.0 out of 5 stars Foundational work
Reviewed in the United States on September 25, 2016
Verified Purchase
This an exceptional and important book detailing the behind the scenes wrangling over the oil resources of the middle east at the turn of the last century. Extremely well researched - and given the complexity of the subject matter - very well written, this book should be a must read for any student of the modern middle east. The author approaches his subject without obvious bias and produces a fair and factual rendering of the many competing interests that were at work at the time.

As a student at university I wrote a brief research paper on the Sykes Picot agreement. At the time it seemed to me to be the driving force for the way countries were created in the region, but after reading this book I realize it was more of a sideshow to the real action, which was a combination of national and business interests around organized exploiting the oil resources of the region.

One again, this is a very important book and I am thankful to the author for writing it! It will serve as a foundational work for those seeking to understand why the region is the way it is today.
Read more
2 people found this helpful
Helpful
Report abuse

Beth B.
5.0 out of 5 stars World History
Reviewed in the United States on April 14, 2018
Verified Purchase
Great book. Difficult reading, but fairly short. Very interesting and helps you understand the political issues of the Middle East today. It was assigned to me for a law class, so I have had some explanation along with it. Well worth the read if this is an area of interest
Read more
One person found this helpful
Helpful
Report abuse

Donald
4.0 out of 5 stars Explains a lot
Reviewed in the United States on July 7, 2012
Verified Purchase
I have read other books by Mr. Black and found them illuminating. This book explains much regarding our current oil problem.
Read more
3 people found this helpful
Helpful
Report abuse

M. Coon
5.0 out of 5 stars Really a Must-Read
Reviewed in the United States on December 11, 2012
Verified Purchase
I can get my britches in a bunch just for hearing about the Middle East machinations and maybe that is partly why I like this book. I wish that our peerless leaders had read it before wandering in to liberate the poor down-trodden pipples of Iraq. Unfortunately, it wasn't published until 2011.
Read more
One person found this helpful
Helpful
Report abuse

RJ
5.0 out of 5 stars I read it three times in a week. Be prepared to be astonished.
Reviewed in the United Kingdom on November 1, 2020
Verified Purchase
This book was recomended to me because I didn't believe the story. I still find it hard to believe!
Read more
Report abuse

Galin
5.0 out of 5 stars Must read
Reviewed in the United Kingdom on February 11, 2012
Verified Purchase
It is a book that will capture you from the fisrt page. It is very well written with many details dating back in the early years of the 20th Century. If you want to know about APOC and BP's agreements in the ME and how European and ME governments collaborated or antagonized with each other to sign deals with the oil companies and promote their interests, this is the absolute book for you.
Read more
Report abuse

London cynic
5.0 out of 5 stars Five Stars
Reviewed in the United Kingdom on November 23, 2015
Verified Purchase
If you did not know you would think it could be fiction

PJA41
5.0 out of 5 stars Worth the read
Reviewed in Canada on August 10, 2015
Verified Purchase
Very informative!
Read more
Report abuse
See all reviews