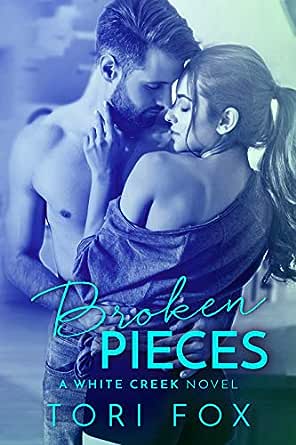 You've subscribed to The White Creek Series! We will preorder your items within 24 hours of when they become available. When new books are released, we'll charge your default payment method for the lowest price available during the pre-order period.
Update your device or payment method, cancel individual pre-orders or your subscription at
Your Memberships & Subscriptions
There was an error. We were unable to process your subscription due to an error. Please refresh and try again. 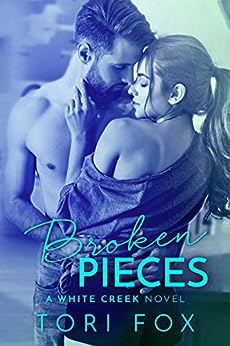 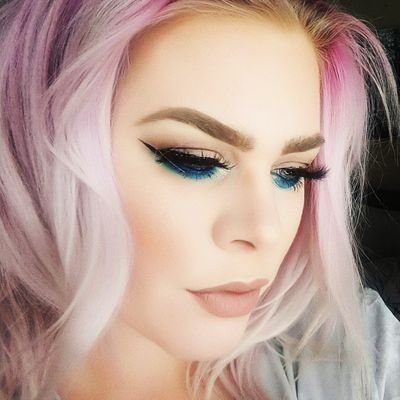 An Amazon Book with Buzz: "The Patient" by Jasper DeWitt
"The Patient is a fascinating and frightening read that comes at you like the monster under your bed." - Reed Farrel Coleman Learn more
click to open popover
Books In This Series (3 Books)
Complete Series 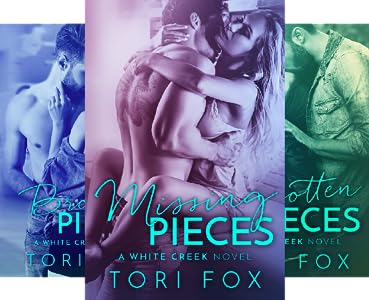 Tina
5.0 out of 5 stars Good story
Reviewed in the United States on December 4, 2019
Verified Purchase
It starts out slow by the end you are into the caracters but if you are looking for a real arrosing book this does not get there tell the end.
Read more
Helpful
Comment Report abuse

Tiffany Copple
4.0 out of 5 stars gut wrenchingly amazing
Reviewed in the United States on September 1, 2019
4 stars for Broken Pieces by Tori Fox. This is book 2 in The White Creek series, however it is a standalone. This is also my first book from this author and I look forward to reading more from this author. I would say this is a enemies to lovers and small town romance at the same time. Raelynn has an abusive boyfriend and has turned to drugs and alcohol to get through it. Her brother has been trying to help her for years and finally Rae decides she is ready for help and leaves the douche she is with. She is an ice queen to everyone ad treats everyone around her like crap. She is broken into so many pieces and isn’t sure she can be put back together. Brooke has had a sketchy past and has finally started to get his life together. Rae’s brother does not want her near him. Brook is instantly attracted to Rae and they have instant chemistry between them. These two both have a past that they would rather keep hidden. However after they start a no strings attached relationship, they start to share their past and things begin to change. Can these two realize that they might be the glue that will help put their broken pieces back together.
I was hooked from the beginning of this book. I was on the edge of my seat with tears in my eyes reading about these characters stories. I can not say enough about how deep this story touched me. The way Tori Fox did not shy away from the dark parts of Brook and Rae’s lives is what made this story rise to another level. If the cover itself hadn’t been so great the blurb would have intrigued me and make me want to dive in. I can not say enough good things about this book and Tori Fox has a new fan in me.

Jennifer Pierson: The Power of Three Readers
TOP 1000 REVIEWER
4.0 out of 5 stars #LOVEDTHESMALLTOWNCHARM
Reviewed in the United States on August 24, 2019
Raelynn's life wasn't the kind of life anyone dreams of, as she's been with an abusive boyfriend with the only way to get through is turning to alcohol & drugs. Her older brother has been trying to help her for some time, but finally, she leaves the abusive douche, and comes to live with her brother to get her life together. At first, it was a bit rocky as Raelynn was really b*t*h to everyone, but it's when she turns to baking for work that she starts to chill out. Brooks is a man who has his own past which was sketchy, and finally he's been getting his crap together. When he sees Raelynn for the first time, he wants her badly, but he's the one man her brother doesn't want her seeing. However, they have a chemistry that won't be denied, plus, they seem to gravitate to each other with like recognizing like, as they're better together. Still, there are big twists coming to try & take them out, with Raelynn's abusive ex not wanting to let her go, and his HUGE secret that would destroy them once & for all. So at that point, I was just dropping f-bombs right & left. Tori Fox is a new to me author, and once I got past the beginning, and Raelynn's icky attitude, I couldn't stop turning the pages. Seriously though, there was a very realistic aspect to the story, as fighting addiction is no joke, not to mention finally getting one's life together but people not forgetting what was done. I'm really interested in reading more of this series, and HIGHLY RECOMMEND!
Read more
Helpful
Comment Report abuse

Tee
5.0 out of 5 stars Simply Amazing!
Reviewed in the United States on August 22, 2019
This book is amazing and had me right from the start. I was sitting at the edge of my seat wondering what was going to happen next. This is a gem of a book and I am so glad I was give a chance to read it.

Raelynn is a lost girl in an abusive relationship. She has finally had enough and runs home to her brother where she knows she will be safe. As she is trying to pick up the pieces of her life she meets the towns bad boy Brooks and they click. The chemistry they have is palpable and they know they are right for each other.

The only thing is they both have secrets and will the secrets destroy them or make them stronger? This is a must read and I am going to go back and read book one as I loved book two. They are standalones so it is okay to read them out of order. But like I said before this is a MUST READ story!
Read more
Helpful
Comment Report abuse

Mel
5.0 out of 5 stars HEA
Reviewed in the United States on July 25, 2019
This is the second book in Tori Fox’s White Creek Series, however it is a standalone. I adored this book! It hits on some tender subject’s domestic abuse, underage drinking, how mistakes of your youth can haunt you forever.

Raelynn is a young woman who runs away from her abusive boyfriend and lands on her brother’s doorstep, the home she grew up in, in the small town they grew up in. Enter Brooks, the town badboy. Their backstories are heart tugging. It was lovely watching them grow into each other and letting go of their pasts.

Ms. Fox’s character are well developed and believable, her story lines are forward moving and will keep you emotionally involved in the story. If you are looking for a quick hot ride - this one is definitely worth the time.
Read more
Helpful
Comment Report abuse

AmberTheAbibliophobe
5.0 out of 5 stars Moments in life shatter us
Reviewed in the United States on July 27, 2019
'Blue' has a lot of pivotal moments in her life that have broken her heart to pieces. Guarding what's left of her soul she returns to her little home town town to start over and leave her past behind her.
Easton does his best to look after Blue and her mess of a life. He just doesn't know how to help her. He doesn't know the whole story and is scared he is going to lose her at any given moment.
Brooks is a man with a sketchy past and high walls around what is left of his heart. He sees through Blues facade because he sees the same hopelessness and vacancy everytime he looks in the mirror. Hate straddles a thin line with love.
This is a sweet story of picking up pieces and moving forward in life despite what you've gone through in the past. Love can heal you, secrets can tear you apart.
HEA with angst and steam
Triggers include abuse, rape, and drugs
Read more
Helpful
Comment Report abuse
See all reviews from the United States